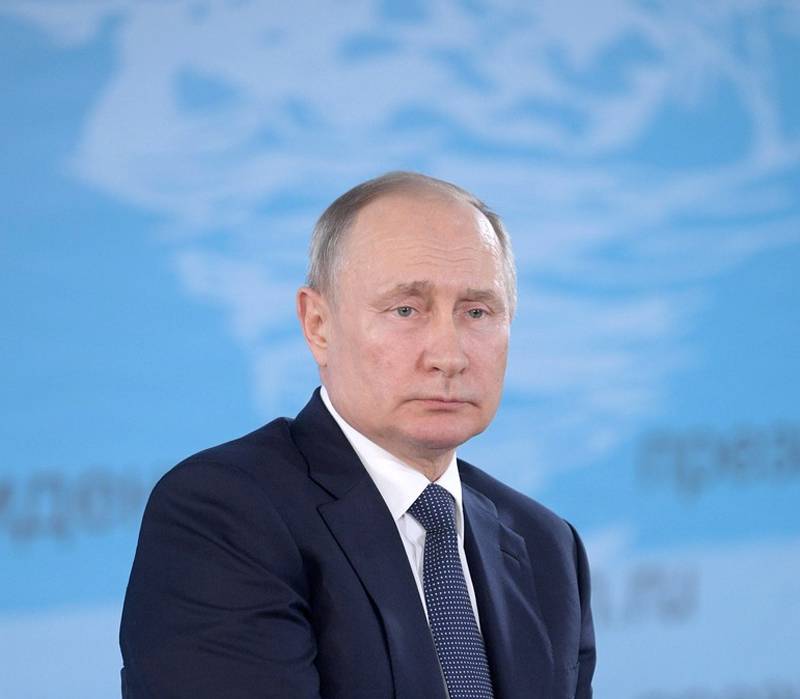 Russian President Vladimir Putin sent a congratulatory telegram to Minsk. In it, he congratulates Alexander Lukashenko on his victory in the elections.


In the telegram, the Russian leader writes about the hope that the state activities of Alexander Lukashenko will contribute to the development of Russian-Belarusian relations in all areas, including deepening partnership within the Union State.

Vladimir Putin notes that he is also counting on integration processes in the format of the EAEU, CIS and CSTO.

From a telegram sent to the President of Belarus:

This undoubtedly meets the fundamental interests of the fraternal peoples of Russia and Belarus.
Recall that some time ago, the Central Election Commission of Belarus announced the preliminary results of the presidential elections. According to the Central Election Commission of the Republic of Belarus, Lukashenko won more than 80 percent of the vote, while his closest rival, Svetlana Tikhanovskaya, had about 9,9%. Tikhanovskaya's headquarters said that it would not recognize the preliminary results of the elections, since "in three polling stations where transparent voting took place, candidate Tikhanovskaya was ahead of Lukashenko by a significant margin."

Today, President of the People's Republic of China Xi Jinping congratulated Alexander Lukashenko on his victory in the elections. It is noteworthy that congratulations came from individual deputies of the Ukrainian party "Servant of the People". This fact has already caused a scandal in Kiev.

Ctrl Enter
Noticed a mistake Highlight text and press. Ctrl + Enter
We are
Interview of Vladimir Putin with Radio Europe-1 and TF1Putin finally became president
173 comments
Information
Dear reader, to leave comments on the publication, you must to register.