The prototype of the modernized Ka-52M made its first flight 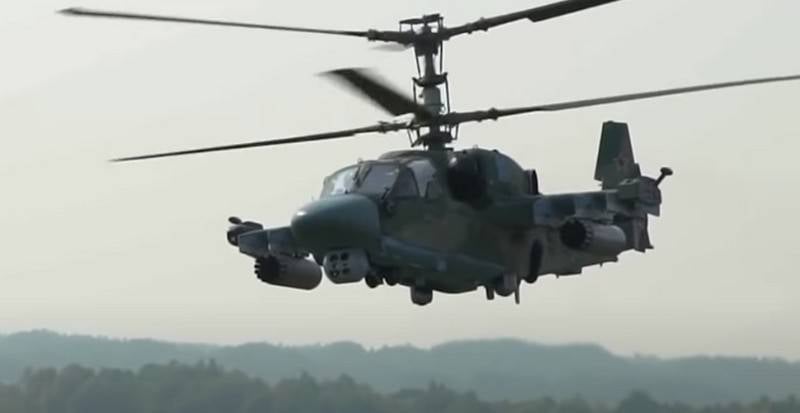 The first prototype of the modernized Ka-52M Alligator helicopter took off for the first time. This is reported by the Ministry of Industry and Trade of Russia.

In AAK "Progress" them. NISazykin of the Russian Helicopters holding took place the first flight of a prototype of the newest modernized Ka-52 helicopter. This machine will use all the best technical solutions previously tested on helicopters produced both within the framework of the state defense order and for export.
- said in a statement.

The head of the Ministry of Industry and Trade Denis Manturov called the upgraded version of the Ka-52 "more advanced and reliable military equipment."

Earlier, the Mil and Kamov National Center for Helicopter Engineering placed an order for the manufacture and testing of two prototypes of the Ka-52M, created on the basis of serial machines. The transfer of machines for flight tests should take place before May 31, 2021.

According to the document, the finalization of serial machines into a modernized version should be completed by the end of 2020, followed by preliminary flight and joint state tests. During the modernization, the helicopter received new on-board systems: navigation, sighting, fire control and communication systems, as well as new weapons. At the same time, the car will retain the previous airframe, but will acquire additional fuel tanks. The upgraded Ka-52M received enhanced booking and a new on-board defense system that protects the vehicle from anti-aircraft missiles. The armament was unified with another rotorcraft, the Mi-28NM.

The full test program should be completed in September 2022. In total, it is planned to get into service 114 modernized helicopters.

Ctrl Enter
Noticed oshЫbku Highlight text and press. Ctrl + Enter
We are
The deadlines for testing the Ka-52M with the “product 305” rocket became knownThe deadlines for testing the upgraded Ka-52M
Military Reviewin Yandex News
Military Reviewin Google News
18 comments
Information
Dear reader, to leave comments on the publication, you must to register.