Lukashenka is still "losing" only to himself of 2015 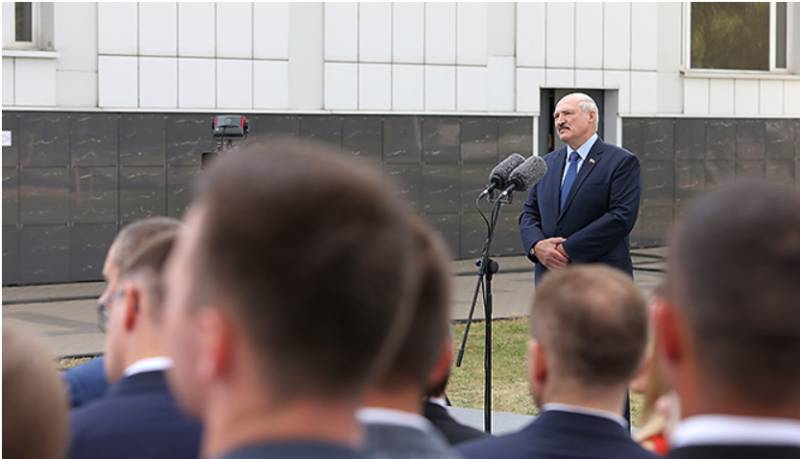 
According to the Central Election Commission of the Republic of Belarus, the turnout in the elections in Belarus exceeded 84 percent, and in some regions of the country it was allegedly exceeded 90. Example: Mogilev region showed a result of 90,44%.

For comparison: in 2015, the turnout in the presidential elections in Belarus was 87,2%. Then the opposition tried to challenge this figure with the CEC.

Five years ago, Lukashenka's victory was recorded with a score of over 83 percent. Thus, while Alexander Lukashenko "loses" only to himself in 2015.

Immediately after the end of the voting, protest actions swept across Belarus. They were different in their mass character. In a number of cases, protesters clashed with riot police.

The situation with the elections of the Republic of Belarus is actively commented on both in Belarus itself and abroad. So, noted the famous Russian opposition politician Grigory Yavlinsky. He called the protests in Belarus fair, and the elections "allegedly rigged." And this is even before the announcement of the official results. His Twitter post:

Based on the information of recent days and hours, it can be assumed that the elections in Belarus were rigged. There will be fair protests. If bloodshed occurs, it means that Lukashenka has become an international criminal who has committed a crime against humanity.
From one of the protests in the Republic of Belarus, with the comments of the "inappropriate" L. Sobol:

And where are these 82% for Lukashenka? And there are none! Remained a sketch that no one believes in. Real voters are now saying Lukashenka "LEAVE!"

Ctrl Enter
Noticed a mistake Highlight text and press. Ctrl + Enter
We are
How the war in Syria turned Belarusians into a prosperous lifePutin finally became president
185 comments
Information
Dear reader, to leave comments on the publication, you must to register.