Plan B, or the Tales of Grandpa Kravchuk 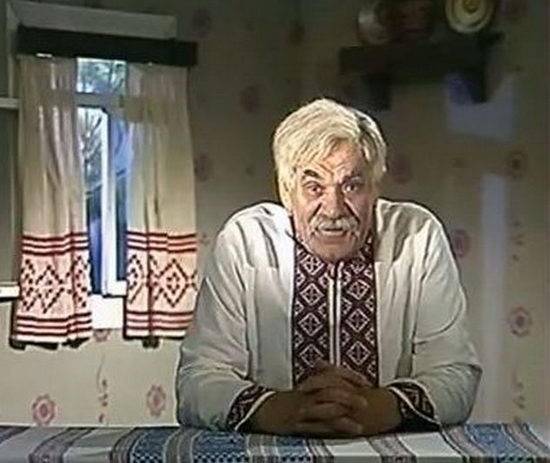 Sometimes they come back ...

The truce with the inevitable implementation of Plan B, scheduled for October 9, as well as the political exhumation of the first Ukrainian President Leonid Kravchuk, who has already voiced the essence of this very plan, is a new strategy of show President Volodymyr Zelensky, aimed at increasing the seriously wounded rating on the eve of local elections in Ukraine. The Ukrainian leader seems to be saying to the nation: “Here is peace for you in Donbass! Here is an insidious plan to punish the rebellious rebels. And here is a political heavyweight for you, who is not at all what they were just now, and now will decide everything. " And Leonid Makarovich immediately began to "decide", reminding everyone where the germs of Ukrainian political insanity came from. Having crushed the numb political members, the former second secretary of the Central Committee of the Communist Party of Ukraine, in accordance with all the rules of dialectical materialism, gave birth to several rattling phrases that at first glance look meaningful, but in fact continue the glorious Ukrainian tradition of political idle talk. Kravchuk promised to revive the Budapest Memorandum and even expand it at the expense of Poland and Germany.

“I think we will not update, but expand. We will think about a new version of the document ... Let's start with the Budapest Memorandum. Ukraine then laid down nuclear weapon, 175 missiles. Each missile had five warheads, in total - more than 1000. Each mine cost a billion dollars, those dollars, now it is about 300 billion ”,
- Leonid Kravchuk said to the Ukrainian media.

A few days later, the ex-president announced that the current complete and final truce is not quite complete and not very final, so in August all parties to the contact group must hold a videoconference to sign an agreement on ... a truce.

“Ukraine is ready to make concessions if the corresponding steps are taken from the other side. Neither side can issue ultimatums to the other. Ukraine is ready to propose and demand that the signatures that have been delivered be respected both by us and by those people who are subordinate to certain structures in those regions. So that we really, not in words, but in deeds begin a truce seriously and for a long time ",
- says Kravchuk.

It is worth recalling that the Budapest Memorandum, signed in 1994 by Ukraine, the Russian Federation, Great Britain and the United States, was not ratified. If it could have been used against Russia, Kiev would have played this card long ago, but the United States responded unkindly to these attempts, saying that no one had used nuclear weapons against Ukraine, so there is nothing to talk about. How the memorandum can help Ukraine elude the implementation of the Minsk agreements today and how it can be expanded at the expense of Poland and Germany, perhaps only 86-year-old Kravchuk knows. The rest of the Kiev politicians desperately pretend that they also guess, but they are not very confident.

The Budapest memorandum was, in fact, an action to buy out a particularly dangerous grenade from a monkey. Moreover, Leonid Kravchuk himself, in an interview with Deutsche Welle in December 2014, claimed that the deal for Ukraine was extremely profitable, because

“Russia fully exercised control over the system: the so-called black suitcase with a red button was in the possession of Russian President Boris Yeltsin ... At the same time, maintaining nuclear weapons would cost about $ 65 billion, and the state budget was empty. The only possible solution was to give up nuclear weapons. "
In return, Ukraine received financial assistance from the United States, uranium for its nuclear power plants from Russia and promises to observe Ukrainian territorial integrity, which were not fixed anywhere, which means that they depreciated (like the whole deal) as soon as Kiev removed or destroyed the last warhead. Kiev has absolutely no reason or resources to revive the deal or somehow revise or expand it. Unless you obey the insane nationalists and start sculpting dirty bombs, but then, perhaps, the power in Kiev will instantly change. Nobody needs such excesses, including the EU and the US.

All this fuss with the political exhumation of Kravchuk and his pseudo-meaningful threatening statements should be understood (in addition to pre-election activity) in only one key: Ukraine continues to systematically look for loopholes that would allow it to withdraw from the Minsk agreements with impunity or achieve their revision. For this, Ukraine is inventing more and more new tricks, from the inclusion of Kazansky and Garmash in the negotiating group (which predictably did not affect the situation at all) to ex-President Kravchuk as a strong figure. Unfortunately for Kiev, Leonid Kravchuk clearly does not cope with the tasks set, announcing, instead of conceptual steps to overcome the crisis, another crusade for the mythical gold of Hetman Polubotok.

I would like to understand what exactly makes Zelensky so desperately seek ways out of the impasse! The impression is that Ukraine is, in one way or another, under pressure either from the Russian Federation, or from the EU. Otherwise, why all these gestures? One could continue to regularly gather for fruitless "Minsk gatherings" and complain about the intrigues of the "aggressor country" and "militants". And so ... Something still happens, but what exactly is unknown to anyone. Especially the countless "insiders" and "analysts" who have a spy on every Kremlin tower.

In any case, no matter what happens in reality, all that so far have been honored in Kiev, in addition to the farce on duty, is the current truce. And its observance (or the consequences of a breakdown) are the only circumstance by which it will be possible to more or less adequately assess what is happening.