Intervention in the South of Russia: how the Greeks fought near Kherson 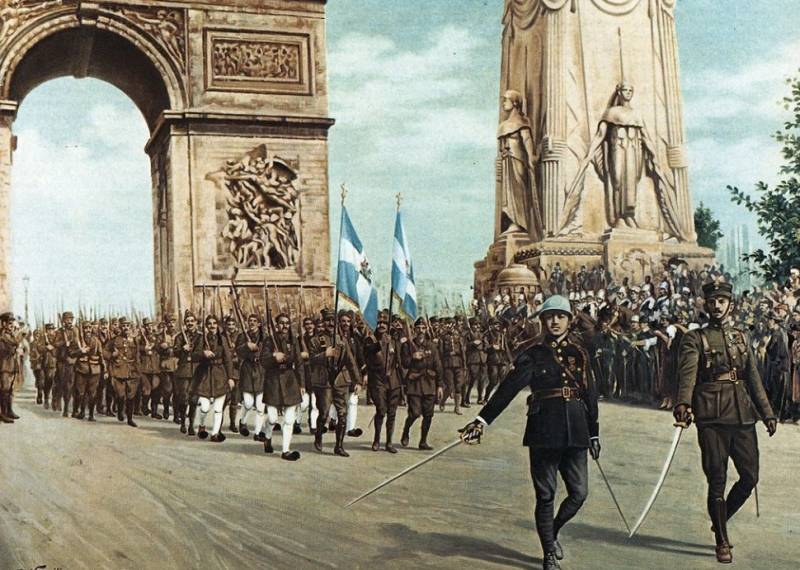 The intervention against Soviet Russia involved not only such powers as Great Britain, France or the United States, but also countries of "lower rank." For example, Greece in 1918-1919. undertook her trip to southern Russia (the so-called Ukrainian campaign).

From the decision to intervene to the landing in Odessa

As you know, Greece entered the First World War late, on July 2, 1917. Thus, she joined the Entente and allied obligations also extended to her. When French troops landed in Odessa in December 1918, French Prime Minister Georges Clemenceau appealed to the Greek government for assistance in a military intervention in southern Russia.

Eleftherios Venizelos, then Prime Minister of Greece, having received guarantees of France's support for Greek territorial claims, agreed to allocate a corps of 3 divisions for intervention.

It was thought in Paris that Britain, France and the United States would try to greatly expand the size of Greece and increase its power. The allies willingly used her services. Greek divisions accompanied the French on their shameful foray into the Ukraine; they were allowed to overrun and occupy Thrace; finally, they were ordered to land at Smyrna. Venizelos was very willing to carry out these orders of the higher realms, and although the Greek armies remained mobilized for almost 10 years, at that moment they seemed to be the only troops willing to go everywhere and carry out any order.
- wrote about the policy of Greece at that time Winston Churchill.

It was decided to transfer the Greek corps to the south of Russia from Eastern Macedonia. However, only two Greek divisions with a total strength of 23 soldiers and officers were sent to Russia. General Konstantinos Nieder, a Greek military leader of German descent, who had made a great career during the Balkan War, was appointed commander of the expeditionary force. At the time of the events described, he was 350-53 years old.

The troops were sent by Greece in a hurry, so the divisions did not have heavy weapons, and upon arrival at the place they were divided into battalions, companies and passed under the command of the commanders of the French formations. The first Greek units - the 34th and 7th Infantry Regiments - landed in Odessa on January 20, 1919. Later, the Greeks landed in Sevastopol.

After the landing in southern Russia, three fronts were formed, on which the French command used Greek troops. The first front of Berezovka passed 70-100 km north of Odessa, the second front of Nikolaev - 100 km north-east of Odessa, the third front of Kherson - 40 km east of the Nikolaev front.

The first to unfold hostilities on the Kherson front. The 1st Battalion of the 34th Infantry Regiment under the command of Major Constantin Vlachos was transferred here. The battalion consisted of 23 officers and 853 privates. Together with the battalion, a French company of 145 soldiers acted, with a French officer, Major Zanson, in overall command. 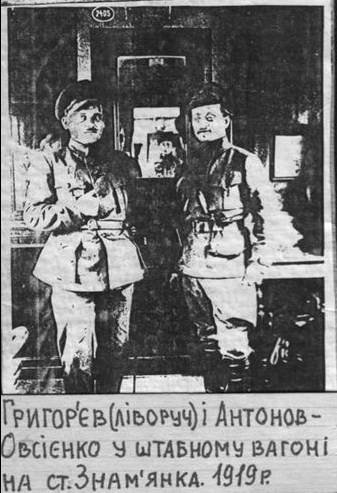 On the Kherson front, the Greeks and the French were opposed by the 1st Zadneprovskaya brigade of the Red Army, which was commanded by ataman Nikifor Grigoriev, who was still serving the Bolsheviks. On March 2, 1919, the troops of the ataman Grigoriev began shelling Kherson, and on March 7, the infantry of the 1st Zadneprovskaya brigade managed to occupy part of the city blocks.

On March 9, as a result of a general attack, the Red Army took the railway station. On the morning of March 10, the Greek and French units, or rather what was left of them, were evacuated from the city and transported by sea to Odessa. The losses of the Greeks were impressive: 12 officers and 245 privates.

On the Nikolaev front, the situation developed rapidly: already on March 14, Greek and French soldiers were evacuated from Nikolaev to Odessa. As for the Berezovka front, it was defended by the French Zouaves and the battalion of the 34th Greek regiment. The fighting with the Red Army began here on March 7.

On March 17, the Greeks managed to successfully repel another attack, but on March 18, a new offensive by the Red Army plunged the French into a disorderly flight. Then the Greek units hastily retreated. At the Berezovka front, 9 Greek officers and 135 soldiers and non-commissioned officers were killed. In addition, the 2nd regiment of the Greek division operated in Sevastopol, where it participated in the joint defense of the city with the French.

Negative consequences of the March to the South of Russia

The Greek campaign to the South of Russia ended in April 1919, together with the general evacuation of foreign invaders from Odessa. In Greece itself, interestingly, participation in hostilities against Soviet Russia was assessed negatively by almost all political forces. 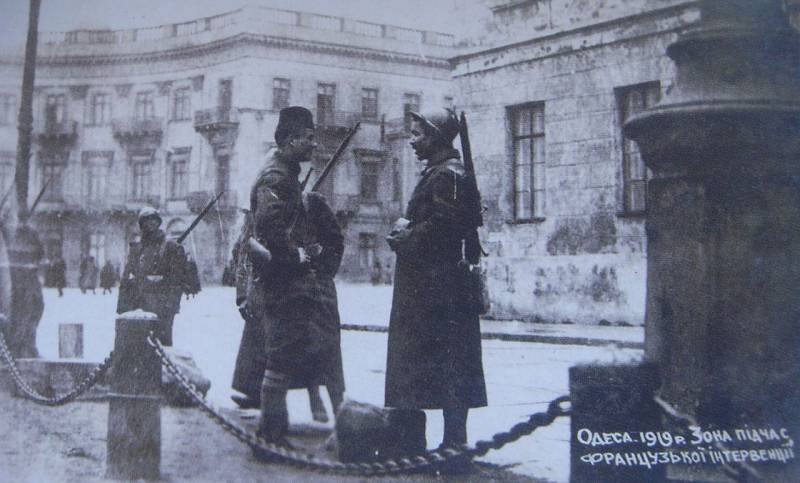 French interventionists in Odessa. Photo: Wikipedia / unknown author
In addition, the campaign had far-reaching consequences. As you know, a very large Greek population traditionally lived in Novorossiya and Crimea. After Greece's participation in the intervention against Soviet Russia, the Soviet government began to view the Greek population with a certain degree of suspicion.

Now, 100 years after those events, it is safe to say that the decision to march was a big political mistake of the then Greek leadership. The negative sediment left after the participation of the Greeks in the hostilities against the Red Army had a bad effect on further relations between the two countries, and for a long time Greece was viewed in the Soviet Union as a hostile state, and so much so that it was considered preferable to cooperate even with Turkey.