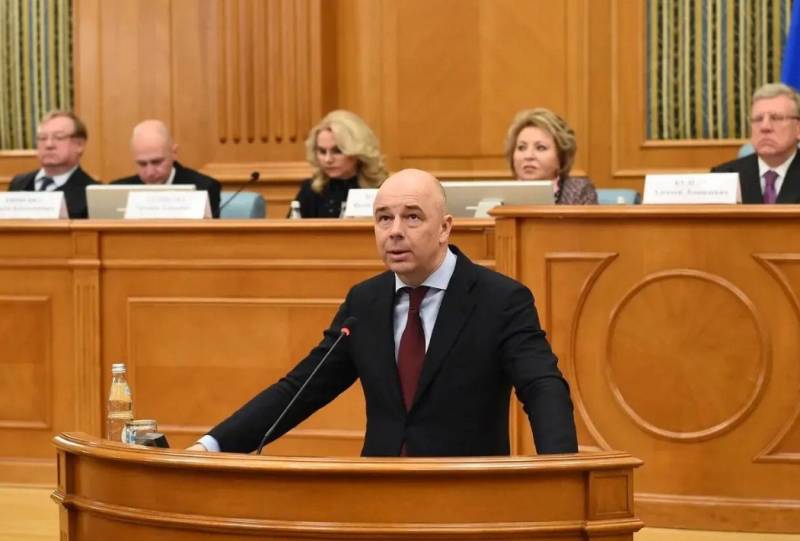 Optimistic Siluanov believes: Russia will be able to recover from the consequences of the pandemic faster than other countries

The pandemic has dealt a very serious blow to the Russian economy. But the government believes that in general, our country is more fortunate than many other states.

Russian Finance Minister Anton Siluanov admitted the possibility of a less active recession and a more rapid recovery of the Russian economy compared to other countries. Recall that in July 2020, Deputy Finance Minister Vladimir Kolychev announced the approximate amount of the budget deficit of 5 trillion rubles.

Including oil and gas revenues alone in 2020, the budget will not be counted in the amount of 1 trillion rubles. True, the reason for the reduction in budget revenues was not only restrictions on business caused by the pandemic, but also the collapse in oil prices, sanctions and a number of other problems. According to Fitch, Russian GDP will contract by 2020% in 5,2.

If we talk about the consequences of the pandemic, then the most significant role was played by the restrictions associated with transport links, with the work of a number of segments of Russian business. The most serious losses were incurred, of course, by the hotel and tourism, restaurant businesses, the beauty industry, retail trade, and transport. For many small and even medium-sized businesses, the pandemic was a devastating blow that put an end to their existence: businesses closed, workers went to the streets.

A separate point is the well-being of the Russian population. After all, it also affects the general state of the country's economy. During the pandemic, the situation of millions of Russians has worsened. Analysts predict a long-term growth in personal bankruptcy procedures until early 2021. This is also easily explained: in the spring and summer of 2020, people either lost their jobs altogether, or were out of work for several months. As a result - lack of earnings, life "in debt" with the impossibility to cover their credit obligations. It is no coincidence that the government launched a simplified bankruptcy program, which, however, also has many questions.

Is Russia in a better position than other countries?

At the same time, the government believes that Russia has managed to avoid the stressful consequences faced by the United States and Western Europe. First, the authorities tried to provide assistance to a significant part of the country's population. For example, absolutely all families with children under 16 received financial assistance.

Secondly, the restrictions were still not as large-scale as in many Western countries. It is worth noting one more feature associated with the Russian mentality: many businesses continued to work "on the quiet", which allowed them to stay afloat during a difficult period, albeit with a slight reduction in income.

The reduction of the key rate undertaken by the Bank of Russia, in the opinion of the RF Ministry of Finance, will allow to attract investors faster. This is a necessary matter, given that the Russian economy needs investment now more than ever. However, Russians will still have to tighten their belts tighter and tighter: inflation is gaining momentum, many people are still unemployed, and the benefits paid by the government, although they have become tangible help, still could not keep the financial situation of citizens at the same level initially.

As for covering the budget deficit, the government has no other operational mechanisms, apart from spending funds from the National Welfare Fund. In addition, the Ministry of Finance expects that all departments will make the most of their financial resources to stimulate the growth of production and consumption.