Not on the way with Federation: why is Roscosmos reviving the Buran concept? 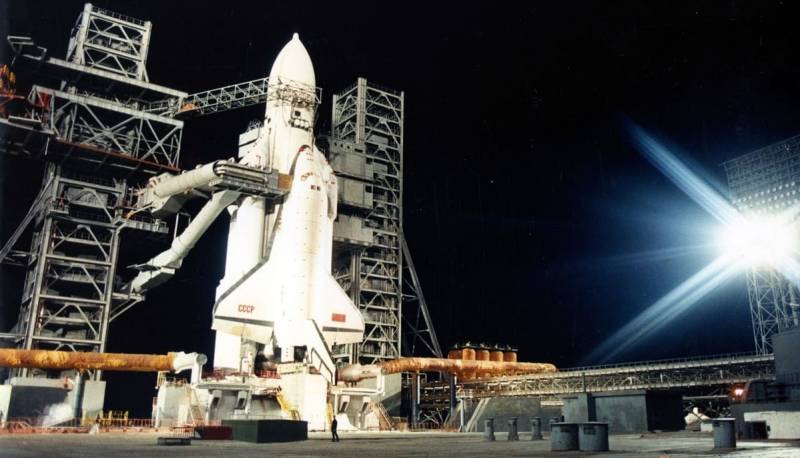 "Eagle" did not take off

SpaceX's successes are dizzy not only for its leader, but also for many other specialists in the rocket and space industry. Not so long ago, for example, the not too well-known Russian company Reusable Transport Space Systems (MTKS) announced the development of a fundamentally new transport spacecraft. They even announced the price of creation of four devices - 136 million dollars.

The space agency of the Russian Federation, which, we recall, has been headed by Dmitry Rogozin since 2018, is hatching ambitious plans. Probably no other leader Roscosmos so often did not give journalists new news feeds. And he did not change the industry development strategy so often.

It is difficult to say whether this is good or bad for the space industry, but the fact remains: Dmitry Olegovich is constantly looking for new solutions. And now he has not changed his principle, having declared de facto that the unborn "Federation", also known as "Eagle", does not meet the assigned tasks.

“If we do replace the Soyuz MS for servicing orbital stations, because the operation of the Eagle will be expensive for these purposes, we need to make a reusable spacecraft of a completely different configuration - something like the Buran with the ability to land on landing strips. I set this task to our engineers. The Energia Corporation and other teams will now offer such options for space technology, ”
- quotes the words of the RIA official “News». 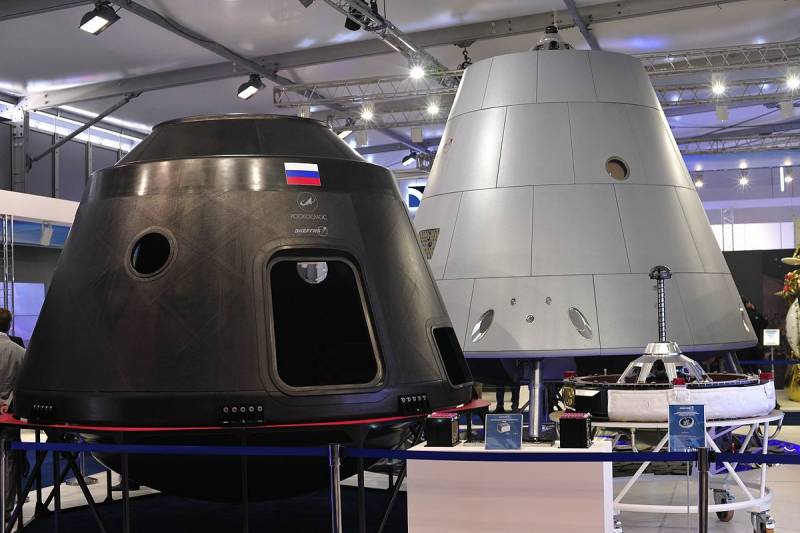 Let us remind you that the Federation should (should?) Become a completely new reusable manned spacecraft, which in the future would replace the Soyuz-MS, which is a modernized version of the Soyuz, which made its first flight back in 1967. They have been talking about the obsolescence of the Soyuz for a long time, as well as the problems with the development of the Federation. The latter is seen as a direct analogue of the American ships Crew Dragon and CST-100. The Crew Dragon is known to have successfully returned to Earth on Sunday 2 August. Actually, this is precisely one of the problems. If the American spacecraft already exists and is already performing flights to the ISS, then the Russian one still exists only as a model. And when and if it appears, the ISS may already be decommissioned.

Flights to the Moon were previously named as an alternative task for the Federation, however, it seems that Russia did not fit into the American Artemis program. As in the project for the new lunar station Gateway, which has now become part of Artemis. “We are still being kept in the project, but they would have gotten rid of it with great pleasure,” a source in the rocket and space industry said in 2018, commenting on the situation around the lunar station.

As for an independent flight to the satellite with the landing of cosmonauts on its surface, Russia will not "pull" such a program, if only for financial reasons.

Probably speaking of Buran, Rogozin was guided not so much by the experience of Buran itself as by the project known as Starship. This is, recall, a large manned spacecraft being developed by SpaceX. According to the concept, it will act as the second stage of the new complex: the first should be the Super Heavy booster, conceptually close to what we can see on the example of the first stage of Falcon 9. Both the booster and the ship will be reusable. The length of the complex, including the accelerator, will be 118 meters. It is assumed that it will be able to launch cargo weighing up to 100 tons into a low reference orbit. 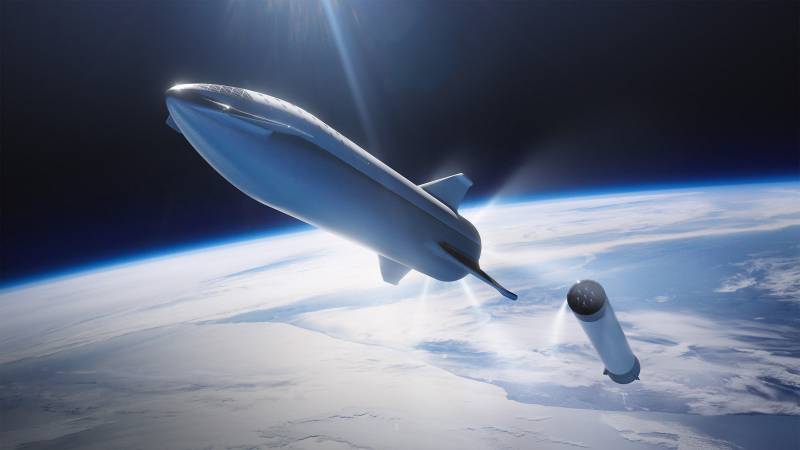 At the same time, one should understand that there is no talk of any revival of "Buran". Firstly, today the concept is morally outdated and on the example of the American Space Shuttle it has shown that there is no need for it. Recall that the American shuttle was taken out of service in 2011 due to its high cost.

It cannot be said that the Buran was conceptually better than the shuttle. If the engines of the American shuttle, used at launch, returned to Earth with it, then the Buran, in fact, was a “naked” glider, apart from the shunting engines. The rest were on the rocket itself. The advantage of the Soviet scheme can be called the potentially wider possibilities due to the presence of a powerful rocket, which could theoretically be used in isolation from the shuttle. However, it (at least in the basic version) was not reusable. So now this approach is unlikely to make the complex competitive. 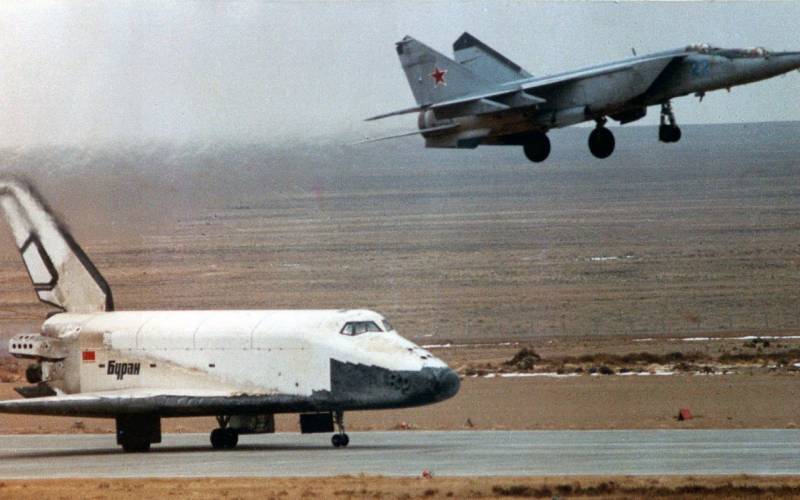 The second reason for the utopian nature of the concept is more trivial - the lack of funds. Regardless of how the Starship project develops, it is clear that a large spacecraft will cost more than a small Federation. Earlier, some experts believed that even it could be too expensive for the country. There are also technological problems.

“At one time we had a project for a six-seater reusable spacecraft Clipper, the competition for which in 2006 ended unsuccessfully. And in 2012, it seems, at a meeting of the public council under the head of the Military-Industrial Commission, which was Rogozin, cosmonaut Sergei Krikalev said that the main reason why we abandoned the Clipper was that already in 2006-07 this task exceeded our technological capabilities: we could no longer create a winged ship that would return on wings and land on the airfield ”,
- quotes Gazeta.ru the words of an expert in the field of astronautics Vadim Lukashevich.

If you look more broadly, it is obvious that the ship proposed by Dmitry Rogozin has redundant capabilities, regardless of the program under which they want to use it. To supply the orbital station, a device with the capabilities of the Soyuz or Crew Dragon is enough. And even for a flight to the Moon, there is no pronounced need to have a new Buran with you: this is well shown by the example of the disposable American Apollo. 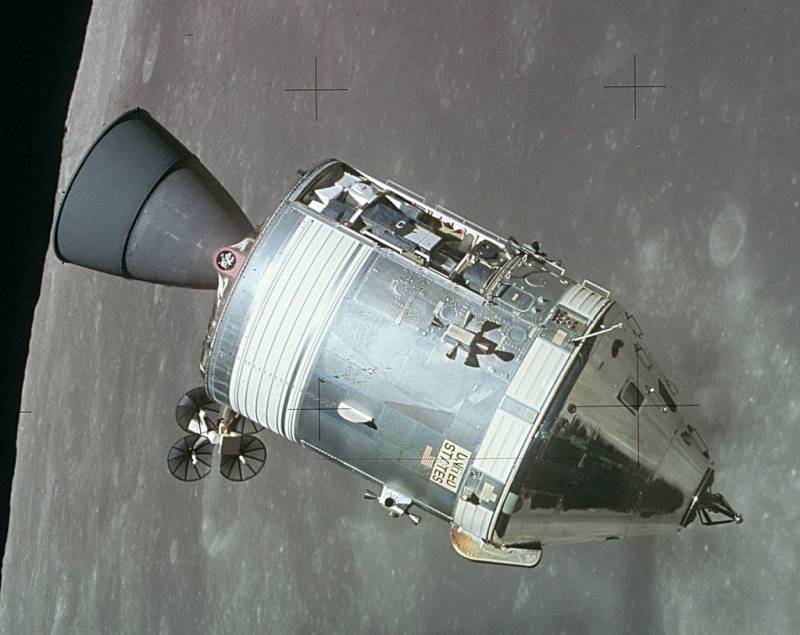 In this regard, another question is appropriate, which no longer directly concerns the conditional Rogozin "Buran": why is SpaceX creating the above-mentioned Starship? So far, all the ideas voiced on this score by Elon Musk were like science fiction works. Be that as it may, the SpaceX ship still has a chance of being born, and the project Rogozin spoke about has no chance. De facto, the only goal of reviving the Buran concept is to divert attention from the problems of the space agency. In particular, from difficulties with the "Science" module, the heavy "Hangara" or a promising medium of the middle class. Unlike the Federation, they cannot simply be abandoned.

Ctrl Enter
Noticed oshЫbku Highlight text and press. Ctrl + Enter
We are
The militarization of space is the next step for the United States. SpaceX and lasers in orbitArs Technica: Russia has plans to compete with SpaceX - however there are weak points
Military Reviewin Yandex News
Military Reviewin Google News
210 comments
Information
Dear reader, to leave comments on the publication, you must to register.