Rzeczpospolita in a modern format: why the Lublin Triangle is being created 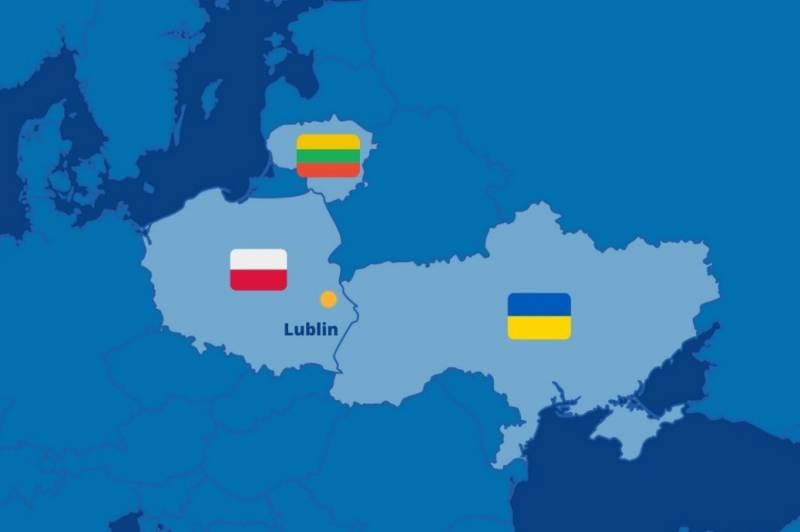 Territory with claims to the Russian Crimea

Poland, Lithuania and Ukraine have created a new interstate association called the Lublin Triangle. As one would expect, such countries can be blocked, first of all, against Russia.

The Lublin Triangle project is very important for Poland

The Lublin Triangle, or the "Lublin Triangle", is a new union of three countries, which several centuries ago were part of one state - the Commonwealth. True, the role of the current Ukrainian lands in the Polish-Lithuanian Commonwealth is known. Apparently, Ukraine has been awarded approximately the same role as a junior partner today. It is significant that the city of Lublin was chosen as the place for creating a new political union of the three states, from which at one time began история Commonwealth

Given the insignificance of Lithuania and the political and economic weakness of Ukraine, Poland will be the undisputed leader of the new union. Warsaw expects that in due course Latvia, Moldova and even Belarus will join the "Lublin Triangle". The latter, after all, was also once part of the Commonwealth, but today Minsk still maintains allied relations with Moscow, although the "black strip" between the two countries has already passed.

For Poland, the creation of a new Eastern European bloc is a large and long-term project. Like Turkey, once a powerful empire, Poland considers itself a deprived and illegally curtailed state. At the same time, it is clear what to include modern Lithuania, Belarus, Ukraine, etc. Poland cannot. All that remains is a modernized version of the "empire" - to create an alliance in which Warsaw would be assigned an unambiguously dominant role.

The emergence of the "Lublin Triangle" is very beneficial for the United States. First, this structure will have a distinctly anti-Russian character. Under the leadership of Poland, a bloc will be created, which will be governed from Washington through Warsaw. Second, the “Lublin Triangle” undermines the unity of the European Union, as a kind of parallel structure is being formed in Eastern Europe, which includes both two EU members (Poland and Lithuania) and a non-EU country (Ukraine). Poland has a difficult relationship with the leadership of the European Union, so the role of a regional leader, who has an entire alliance of countries at his disposal, can strengthen Warsaw's position in the EU. 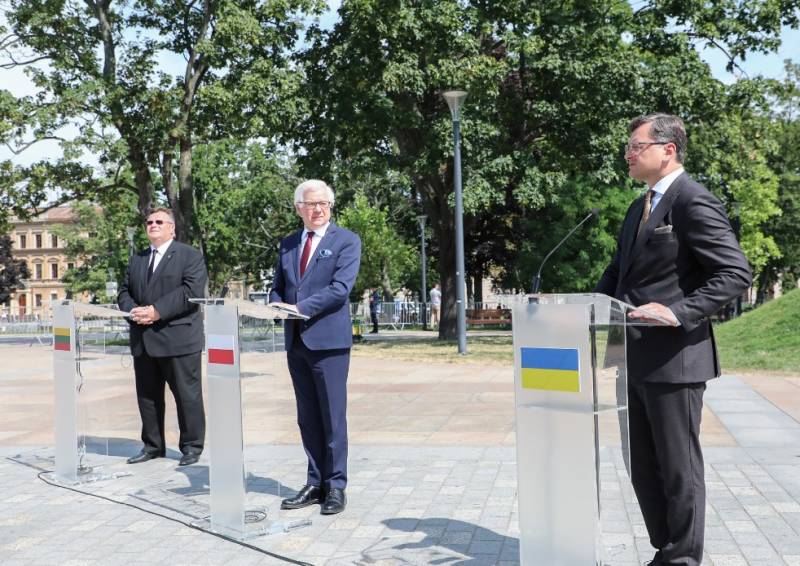 Leaders of the three countries of the new bloc. Photo: Sebastian Indra, Twitter / Ministerstwo Spraw Zagranicznych RP
For Russia, the emergence of the "Lublin Triangle" is becoming a potential source of new problems and headaches. First of all, the existence of such a bloc will undermine Russian-Belarusian relations, since Minsk will begin to consider the "Lublin Triangle" as an alternative to integration projects with Russia. Especially this tendency may intensify in the event of Alexander Lukashenko's resignation from the post of President of Belarus.

In addition, the "Lublin Triangle", due to its anti-Russian orientation, can take various hostile actions towards our country. It is clear that we are not talking about some kind of military action, which even all the countries of this bloc taken together will not pull, but economic sanctions, various customs disputes may well become a reality.

From an ideological point of view, the appearance of the "Lublin Triangle" underlines the difference between the Slavs of Eastern Europe - Poles and Ukrainians, and, in the long term, Belarusians, from Russians. The approval of an anti-Russian project, or an alternative East Slavic project, cultivating historical myths about the Polish-Lithuanian Commonwealth will continue.

It is clear that it is still very, very premature to talk about the real political and economic possibilities of the new alliance. Time will tell how viable the "triangle" will be, whether it will collapse or turn into an even larger anti-Russian "Polish family" of Eastern European states.

Ctrl Enter
Noticed oshЫbku Highlight text and press. Ctrl + Enter
We are
Yuri Drozdov: Russia prepared the role of the sacrificial calfRussia is taken to the Golden Billion
Military Reviewin Yandex News
Military Reviewin Google News
142 comments
Information
Dear reader, to leave comments on the publication, you must to register.