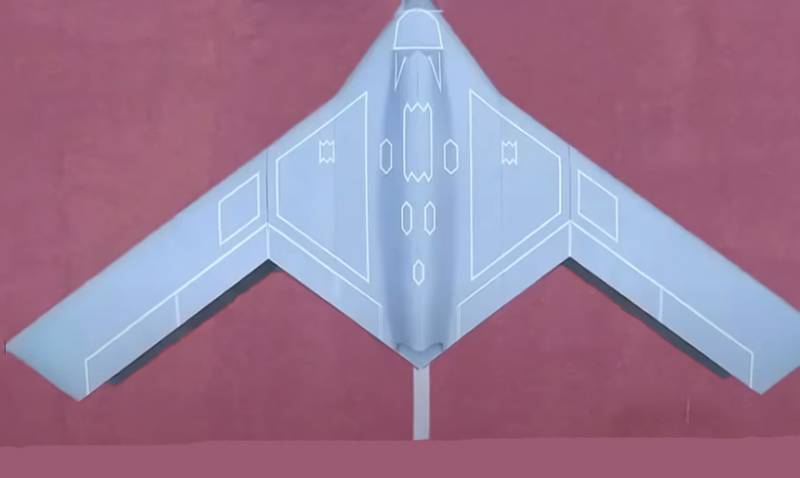 It is thought that aviation the scheme, known as the "flying wing", may turn out to be a dead-end branch in the development of combat aviation. The so-called "completely tailless" version of the airframe, which today in several countries, including Russia, is used as the basis for unmanned aerial vehicles, reveals a considerable number, if not shortcomings, then, if I may say so, problematic points.


One of the main problematic aspects of the "flying wing" scheme is associated with the fact that when improving the engines of the same unmanned aircraft, problems with maneuverability may arise. Here you need to take into account the fact that the aircraft will eventually have to be oversaturated with electronics responsible for its stable flight. We are also talking about the FbW or EDSU system (fly-by-wire control system), which allows you to resist the so-called yaw of the aircraft - angular movements relative to the vertical and lateral course changes.

But here it is worth paying attention to the fact that often modern designers (especially foreign ones) consider the bet on maneuverability to be wrong. The logic is as follows: modern missiles are capable of maneuvering under such overloads that are impracticable for an aircraft. In this case, it is worth considering the doubtfulness of betting on stealth technology. After all, by and large, for any "stealth" there is an effective radar capable of even indirectly determining the presence of an aircraft or drone at a certain point. And if the detection took place, then without high indicators of maneuverability, the aircraft (drone) will definitely not get away from the rocket.

In this case, there is actually one option - the use of electronic warfare systems. But here, too, there are some nuances. For example, for an attack drone, the use of modern electronic warfare means is an energy-consuming activity when performing a combat mission. This means that the radius of its combat use, the missile and bomb load will decrease.

The problems that were voiced in relation to the perspective of the "flying wing" scheme would help to solve new materials and technologies to counter the same yaw without oversaturation of the aircraft with blocks and EDSU units.
Ctrl Enter
Noticed oshЫbku Highlight text and press. Ctrl + Enter
We are
Reports from the militia of New Russia for 27-28 September 2014 of the yearDecember 2010 years. Russian March. Senseless and merciless? Notes not a Russian person
Military Reviewin Yandex News
Military Reviewin Google News
84 comments
Information
Dear reader, to leave comments on the publication, you must to register.