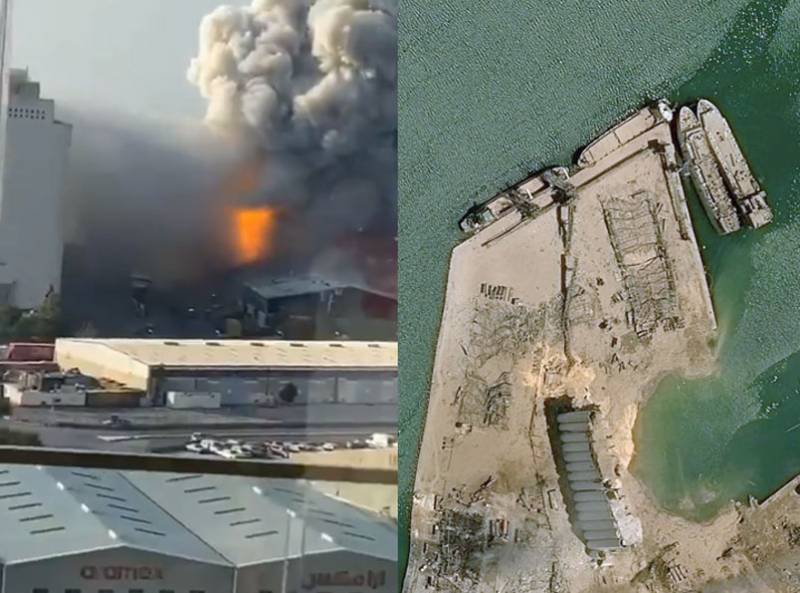 British experts decided to conduct a study of the parameters of the explosion that thundered the day before yesterday in the Lebanese capital. Scientists from the University of Sheffield said that after analyzing the video footage of the incident in Beirut, they started calculating the power of the explosion.


It is stated that using the method of mathematical modeling, they found that the explosion in its power corresponds to about 1,5 thousand tons of TNT.

From a statement by British scientists:

This corresponds to a tenth of the power of the explosion that took place in Hiroshima in August 1945.
By the way, today, August 6, the world remembers the drama that took place in the Japanese Hiroshima. Exactly 75 years ago, the American B-29 bomber "Enola Gay" dropped the atomic bomb "Little Boy" on the city with a capacity of about 15 kilotons of TNT.

According to the head of the research group of the University of Sheffield Andy Tias, the explosion in Beirut “is estimated as one of the most powerful non-nuclear explosions of man-made origin in stories».

In the meantime, stills continue to be published, in which (and from different angles) one can see how a certain object flies up to the place of fire at high speed, after which a powerful explosion is heard.


When discussing the shots on the network, some are sure that this is conspiracy and video editing, while others believe that it was an ammunition fired at an ammonium nitrate storage facility.
Ctrl Enter
Noticed oshЫbku Highlight text and press. Ctrl + Enter
We are
Reports from the militia of New Russia for 27-28 September 2014 of the yearYuri Drozdov: Russia prepared the role of the sacrificial calf
Military Reviewin Yandex News
Military Reviewin Google News
71 comment
Information
Dear reader, to leave comments on the publication, you must to register.