"Mosquito Fleet" of Ukraine: Prospects of a Maritime Power 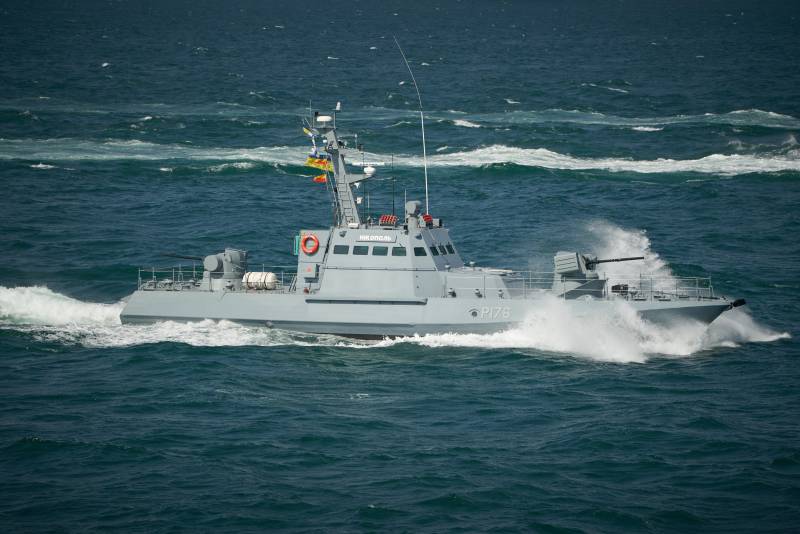 "The development of the naval forces of Ukraine" - the plot itself is ambiguous. First of all, due to the fact that it is extremely difficult to determine whether it should be attributed to the field of unscientific fiction or still to the humorous genre. Having lost during the reunification of Crimea with Russia (according to official Kiev estimates) 75% of the personnel fleet, 70% of the ships and all of its key infrastructure, in the "nezalezhnoy" decided to focus on creating a small, or "mosquito" fleet, which would supposedly be able to reliably protect its shores.


Having declared on August 24, 2014 that “Ukraine was, is and will be a maritime power,” the then head of state Petro Poroshenko made a joke cleaner than the future successor - a professional comedian. Already at that time it was extremely clear that this very "power" did not have enough funds not only to build new warships, but also to maintain in a more or less decent condition what it got from the Soviet Black Sea Fleet. The same long-suffering "Hetman Sagaidachny", for example. The West, with all its ardent support for the "Euromaidan", was not going to subsidize the mythical naval forces of the "nezalezhnoy" with such colossal amounts.

And then the idea of ​​a "mosquito fleet", which, in the opinion of the strategists there, was capable of successfully replacing normal naval forces, turned up as well as possible. Still, after all, the construction of the foundation, "beauty and pride" of this flotilla, missile and artillery boats of the Gyurza-M series, was planned to be carried out just at the "Kuznitsa na Rybalskiy" plant (formerly "Leninskaya Kuznitsa") owned by Poroshenko. As of today, as many as six such vessels have been commissioned: Ackerman, Berdyansk, Lubny, Kremenchug, Nikopol, Vyshgorod.

Their tactical and technical characteristics have been cited many times in the domestic media, therefore we will not repeat ourselves. We will confine ourselves only to a statement of the fact: in terms of their parameters (such as weak bulletproof armor, low armament and more than modest driving performance), these ships are capable of operating, if not on rivers, then at most in the nearest coastal zone, performing purely police functions. There is simply no need to talk about any prospects for them in a clash with a more or less serious and modern ship from the same Russian Black Sea Fleet.

Slightly more impressive combat units are the Slavyansk and Starobelsk, which are actually Island-class US Coast Guard patrol boats built in the late 80s and handed over by the Americans to the “nezalezhnoy” a couple of years ago. Again, never warships, but vessels whose "ceiling" of capabilities is coastal patrolling and search and rescue operations, again closer to land.

The most remarkable thing is that with all the obviousness of the absolute incomparability of the real capabilities of this motley flotilla and the same Black Sea Fleet of Russia, which is seen by the Ukrainian admirals as the most (or rather, the only) likely enemy, these figures in 2017 announced the development of a "new tactic" , which was pompously named "Wolf Pack". It was based on the more than controversial assertion that Russian warships "cannot effectively repel an attack of more than two or three targets at the same time," and therefore, having "piled" on them all en masse, Ukrainian "mosquitoes" will have every chance of victory.

Generally speaking, such "delights" have nothing in common with the true term of the military sailors of the Second World War "wolf hunt", but are an attempt to apply the "best practices" of the most natural pirates like the ever-memorable "Madame Wong" or the current "gentlemen of fortune" operating off the coast of Somalia ... They are the ones who operate the forces of "mosquito fleets" in their sea robberies. The question is that these bandits carry out their own escapades against purely peaceful bulk carriers or tankers, and not against frigates or destroyers. Even the Somali "thugs" will not be enough stupidity to climb to the warships of this class with any "flock". Unlike Ukrainian admirals ...

What are the real prospects for the "mosquito fleet" of a country that stubbornly refuses to part with completely groundless claims and ambitions? For some time, the leadership of the local naval forces made ominous hints about the "imminent" entry into service of two more types of boats. First, the "Lan" project, armed with "deadly" Ukrainian-made anti-ship missiles "Neptune" (clones of the Soviet X-35). Secondly, the project "Centaur", on which they planned to install ... a multiple launch rocket system of the "Grad" type! In 2018, there was talk that by this year, 18 Gyurza-M boats, 8 Centaur boats and three Lan boats will be adopted by the Ukrainian fleet. The real numbers are given above ...

The same "Gyurza-M", through which the "Forge" for years was "cutting" the military budget of the sea power (and initially Ukraine was really a sea power) after the deprivation of Poroshenko's presidential powers, there is hardly a future. Unless they will be re-elected ... But, as it became known recently, the Pentagon is going to make Ukraine happy with 16 small combat boats of the Mark VI type. Not for free, of course, but through the American program of intergovernmental foreign military sales. The amount of the upcoming deal is more than half a billion dollars, with the prospect of its possible expansion by the number of ships.

It should be noted that "Mark VI" is not even like the American "Island", not to mention the Ukrainian "Gyurza". Developed in 2014-2015, the "ship" with its displacement of 72 tons has a fairly solid machine-gun and cannon armament and, in theory, can carry light anti-ship missiles. These "mosquitoes" will be able to not only annoyingly itch over the ears of our sailors, but also try to bite. It is obvious that Washington, determined to further incite the Ukrainian-Russian confrontation in the Azov-Black Sea region, decided to take matters into its own hands and invest in this enterprise more impressively. Well, let's see what comes of it.

Ctrl Enter
Noticed oshЫbku Highlight text and press. Ctrl + Enter
We are
About Stalin and KhrushchevWhat you didn't want to know about England
Military Reviewin Yandex News
Military Reviewin Google News
73 comments
Information
Dear reader, to leave comments on the publication, you must to register.