Why won't I be a liberal 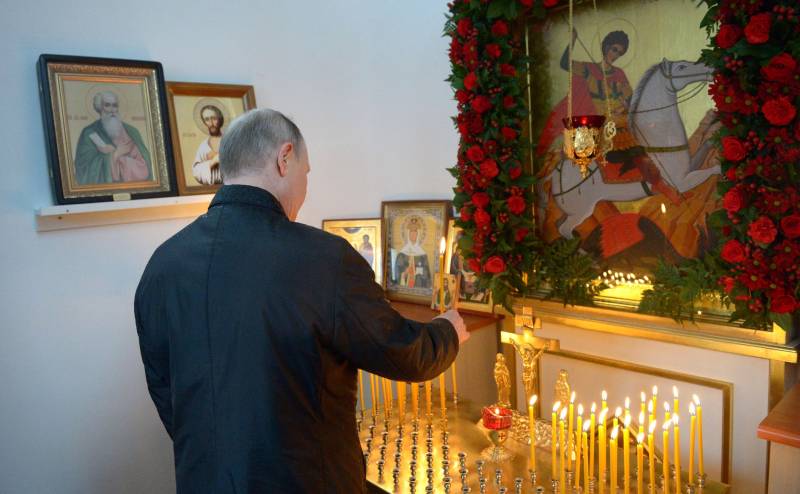 I am often asked questions with a certain trick. There are especially many such questions after publications related to our and not our liberals. In general, this category is quite diverse and really considers itself a progressive part of society, which is called upon to make a revolution in the brains of slaves. Moreover, almost all opponents will always "will." I will graduate from university and I will ... I will become a deputy and I will ... I will organize a new social movement and I will ...


"You despise modern liberals, and Putin said that he is a liberal ..." Such a contradiction. Putin, who is called a usurper who has concentrated enormous power in his hands, calls himself a liberal. I, a statesman, in fact, despise modern liberals. Naturally, people who are not distinguished by a special education have a completely logical conclusion about my attitude towards the head of state.

Alas, despite the fact that I am not a political scientist, not a philosopher, not an economist, but rather a locksmith-intellectual, as the classics wrote, the conclusion must be made completely different. Putin calls himself a liberal precisely because he knows what liberalism is deeply enough, and not like most of those who consider themselves liberals. He just studied well in his time. I also studied.

I do not in any way claim to be the ultimate truth. I’ll just express my own opinion about contemporary liberalism in Russia. Why, in my opinion, what is called liberalism in Russia should be called differently. Moreover, the views that are presented to us as the achievements of liberals have nothing to do with liberalism. It is rather counter-liberalism.

A little about the history of the emergence of liberalism

Man is a social being. The reason for this is not any special love of a person for his own kind. Everything is much more prosaic. A flock, tribe, group is necessary for a person to survive. Naturally, in any group, a leader stands out who is more capable of organizing well-coordinated work. The decisions of the leader, the leader (the name does not matter) always cause a negative reaction from some part of the tribe. I have not discovered anything new. In modern life, nothing has changed in this regard.

These disaffected people became the first liberals. They strove for personal freedom, independence from the decisions of the leader. However, the aspiration was peculiar. Personal freedom, but the social mammoth, which was obtained by the tribesmen under the leadership of the leader, the first liberals devoured by both cheeks on a par with "slaves". And liberalism very quickly ended with a proposal to "get out of here." And life outside the tribe ended quickly enough. The man was also someone's food.

Another essential element of liberalism as an ideology appeared much later, during the Enlightenment. It appeared when the world entered the New Time. When the realization appeared that freedom is impossible without private property. An empty stomach is not conducive to philosophical reflection.

The third element grew out of the first two. If a person is independent, fed, has his own land, home, he has the right to reflect on the transience of the world. Human mind as the value of the world!

This is what is called classical liberalism. An ideology that preaches freedom, private property and human reason as the greatest values ​​of humanity.

All that glitters is not gold

For some reason, modern liberals have completely forgotten history... Or rather, they deliberately do not remember. I'm talking about the "coma" of liberalism after the "dying" of the economic theory of Adam Smith. I will not remind the theory. Even today it is deeply studied in universities. Let me just remind you of one of the main postulates that modern liberals often use.

An economic person, a mercenary being, will constantly strive to increase his well-being. And since a person is a part of society, the well-being of one will lead to the well-being of the whole society. The fulfillment of the desire of the economic man will occur in a "natural order."

But for some reason, the liberals forgot about Thomas Hill Green. But it was he who "modernized" Smith's ideas. He created the theory of social liberalism. I'm not talking about those who shout about freedom on the street. Everything is clear there, it is necessary to collect and, as in the 20-30s of the last century, send to school. Organize an educational program for the illiterate.

I'm talking about those who know Green. Do you know why they are silent? Simply because social liberalism leads to Marxism ... It was this English philosopher, a descendant of Oliver Cromwell, who expressed the idea of ​​regulating the economic relations of people by the state. Only in this case can we talk about equal starting opportunities for young people.

Do you know how, in the final analysis, the concept of social liberalism differs from the concept of Marxism? This, in my opinion, is one of the indicators of President Putin's economic literacy. It is the understanding of this difference that gives Putin the right to call himself a liberal. Here, it seems to me, an explanation is needed.

The difference between the two approaches to economics lies in the attitude to private property! Liberals idealize private property as a guarantee of human economic independence and a guarantee of social security in old age. They completely ignore the fact that human society is heterogeneous. That there are people who, by virtue of their own genius, impudence, criminal inclinations, etc., will take property from part of the people.

Communists, on the other hand, view private property as a way to deprive a certain part of society, the most vulnerable, of these guarantees. A person sometimes finds himself in situations where funds are needed, for example, illness or death of loved ones, and then he sells his property for next to nothing. Thus, a wealthy minority appears. And the majority of the people are left without social guarantees.

In fact, the communists are just left-wing radical liberals in the economy.

Erzats as a reason for dislike of liberals in Russia

It is not in vain that I devoted so much space to common truths that are known to educated people at least superficially. The pure liberal idea is really attractive. A person was born free and reasonable, which means that he has the right to dispose of his freedom himself. A person must have property as a guarantee of his independence.

The state should act as a regulator of market relations. It is the state that should regulate the relationship between owners and hired workers, provide equal starting opportunities for young people, resolve issues of education, medical care, exercise the right to work, social guarantees of old age, and regulate the production of goods in the interests of society.

You can continue to expound liberal ideas in the future. Agree, the ideas are great! Like the ideas of communism. However, for some reason they do not take root in human society. Maybe someday we will grow up to implement them.

Let's go back to Russia. To why in our country the word "liberal" has become a dirty word and is rarely used in its original form. There are so many variations in the media and in conversations! Why do the people of Russia ignore the idea of ​​freedom? Are some of the ardent enemies of Russia who have been talking about the slave soul of the Russians for many years right?

Everything is very simple. Russians feel the deception very well. At the genetic level. Youth? Yes, studying in Western universities, the work of grant-eaters in Russian universities, the existence of opposition media are doing their vile work. Some young people, especially in large cities with a large number of universities, really support the Russian opposition. But most remember the 90s of the last century very well.

Russian liberals have turned into ersatz liberals. A cheap fake. Let's go through the main ideas of the liberals that I voiced above, and see how they are implemented by our home-grown ersatz liberals.

Freedom? There seems to be nothing to say. How can the very concept of freedom be perverted? Remember what liberal politicians urge us to do? To the fulfillment of their liberal programs. Note, not to what the majority of the people want, but to what the part that supports the liberals wants. We went through this. Remember all these Chubais, Gaidars and others. Whose freedom were they promoting? Freedom to implement your own ideas!

Moreover, it sometimes seems to me that for our liberals, personal freedom is above all. Above the law, promising by the way they deliberately violate the laws during their marches, events in Khabarovsk and other actions. Above the will of the people. This is me about speaking out against the voting results.

Mind? Read the comments of liberals - and you will understand that they do not need your mind. They do not initially recognize you as an intelligent being. Just because you think differently. Even if you are the majority, you are not a decree for liberals. Anyone who thinks differently is not a decree. Only those who belong to the supporters of liberal ideas are recognized as correct.

Private property? And tell me, please, where are your three Volgas, which you were promised for the voucher? Where are your factories, banks, ships? How did it happen that, theoretically having received part of the property of the USSR, you were left with a nose? I understand that most readers are now thinking.

The answer is simple. Liberals of the 90s and liberals of our day initially proceed from the idea not to guarantee the inviolability of property, but, on the contrary, to deprive the majority of property in order to form a rich minority! This is the dominant idea of ​​Russian liberals. It is necessary to create a caste of the rich in order to implement the same projects that have been implemented in the "old" capitalist countries.

Those who at least sometimes watch political shows on our TV do not even notice the things that I have told about. Have you ever heard of your right to build a country of your own free will? And have you heard about the fact that we need to recognize some international norms, laws, rules? But this is nothing but the recognition of us fools. What I wrote about above.

Why am I not a liberal and never will be

But I absolutely do not want to be a dumb cattle, which in the morning are driven out to graze on the nearest lawn, and in the evening they are driven into the barn. I want to decide everything in my country myself. Not prompted by an overseas uncle or an aunt from some Portugal.

And I have enough brains to study the experience of others and implement in myself what suits me. Not how to live correctly, but exactly what suits me!

Ctrl Enter
Noticed oshЫbku Highlight text and press. Ctrl + Enter
We are
About Stalin and KhrushchevWhat you didn't want to know about England
Military Reviewin Yandex News
Military Reviewin Google News
289 comments
Information
Dear reader, to leave comments on the publication, you must to register.