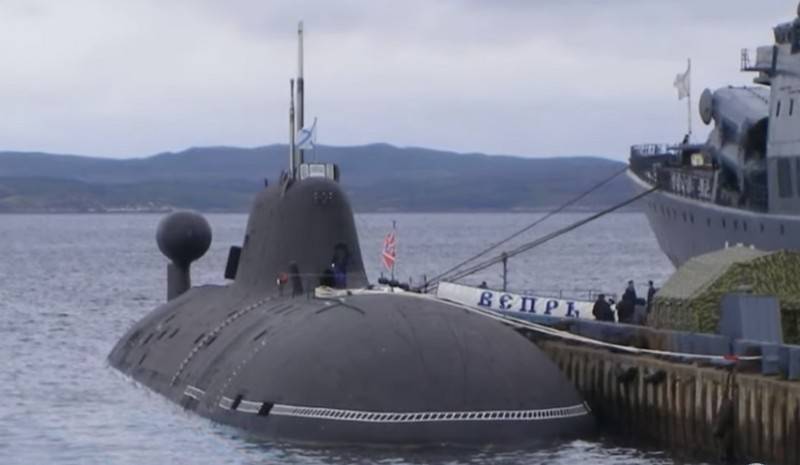 Project 971 Shchuka-B multipurpose nuclear submarine (NPS) Vepr returned to Severny fleet... This was announced on Wednesday by the Deputy Minister of Defense of the Russian Federation Alexei Krivoruchko at a single day of military acceptance.

In the interests of the Navy, delivered (...) one refurbished cruising nuclear submarine Vepr, project 971
- said the Deputy Minister, without specifying when exactly the submarine returned from repair.

The fact that the Vepr nuclear submarine had passed all the tests required after the repair in the Barents Sea was reported back this spring. After going out to sea, the submarine returned to the Nerpa shipyard (a branch of the Zvezdochka ship repair center), where it had previously undergone repairs and modernization in order to eliminate the identified comments. The return of the submarine to service was planned in June 2020.