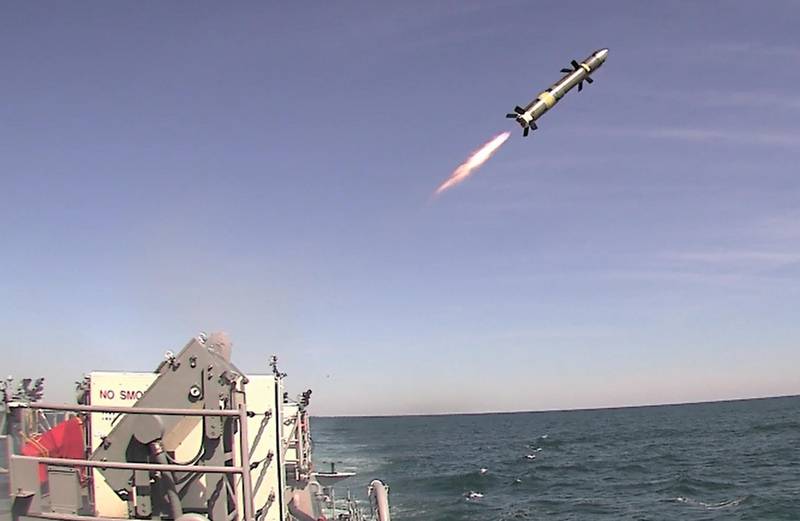 The command of the Naval Forces of Ukraine intends to strengthen the combat potential fleet foreign-made anti-ship missiles. This was reported by the Ukrainian military news agency "ArmiaInform".

Against this background, information appeared that the US authorities are considering the possibility of installing on the Mark VI patrol boats, which will be transferred to Ukraine, short-range missile systems, that is, small anti-ship missiles of the BGM-176V Griffin type.

At the same time, the Ukrainian military emphasize that American missiles of the ВGM-176В Griffin "in no case" will compete with the domestic anti-ship missiles "Neptune", since they are "in different niches of combat use."

They have different characteristics and purposes. The Griffin missiles are supposed to protect the coastal zone, and the geography of the Neptune application up to 280 km is the waters of the Azov and Black Seas, including the exclusive (maritime) economic zone of Ukraine
- writes the edition.

For our part, we note that the boat complex with missiles Griffin B has the designation Mk 60 and was developed jointly by Raytheon and the US Navy. The complex, in addition to launchers, includes the FLIR Systems BRITE Star II electronic-optical detection, targeting and illumination system. Rocket length - 110 cm, diameter - 140 mm, rocket weight - 20 kg, warhead - 5,9 kg.

The Ukrainian newspaper writes that the firing range of "Griffins" is 20 km, but in reality this is not the case. When launched from the installation located on the boat, the firing range does not exceed 5,5 km. The rocket can reach a range of 15-20 km when launched from an aircraft carrier, and even then it depends on the altitude of its launch. Initially, this rocket was designed exactly as aviation air-to-surface weapon.
Ctrl Enter
Noticed oshЫbku Highlight text and press. Ctrl + Enter
We are
Reports from the militia of New Russia for 27-28 September 2014 of the yearRaytheon has received a contract for the production of griffin missiles worth $ 85 million
58 comments
Information
Dear reader, to leave comments on the publication, you must to register.