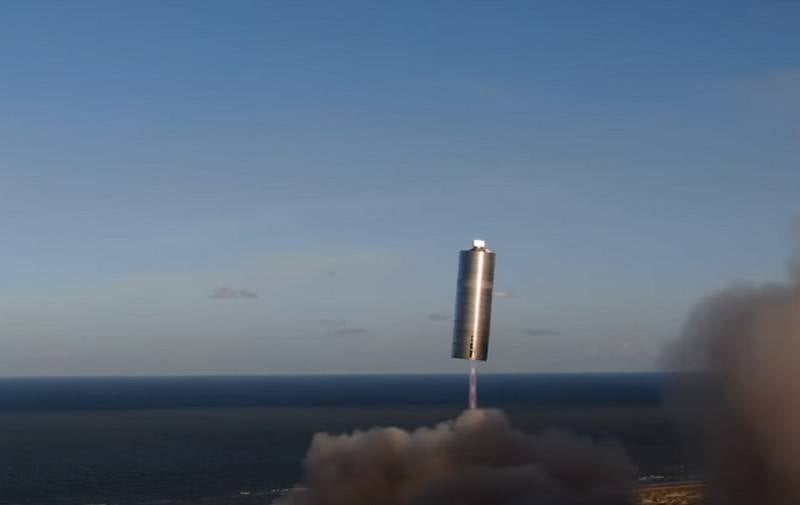 In the United States, SpaceX's Starship SN5 prototype spacecraft was successfully tested. According to Space.com, the prototype made its first successful flight.


Starship SN5 tests traditionally took place at the SpaceX test site in the Boca Chica area of ​​Texas. During the test, the ship climbed to a height of 150 meters, moved to the side and made a successful landing. It is noted that this test, the fifth in a row, was the first successful for the Starship prototype. Previous takeoff attempts in November 2019, in February, April and May of this year, ended in failure.


As previously stated by Musk, the final version of the Starship will have a height of almost 50 meters, a mass with a full load of fuel - 1400 tons. Equipped with 37 Raptor engines, it will be able to launch up to 150 tons of load into orbit or transport up to 100 people.

The company planned to start commercial flights on Starship in the 2022 year.
Ctrl Enter
Noticed oshЫbku Highlight text and press. Ctrl + Enter
We are
SpaceX Starship Mk1 prototype explodes on testsMusk showed his Starship Mk1 spaceship to fly to the Moon and Mars
Military Reviewin Yandex News
Military Reviewin Google News
184 comments
Information
Dear reader, to leave comments on the publication, you must to register.