Kiev is trying to buy the elite of Donbass 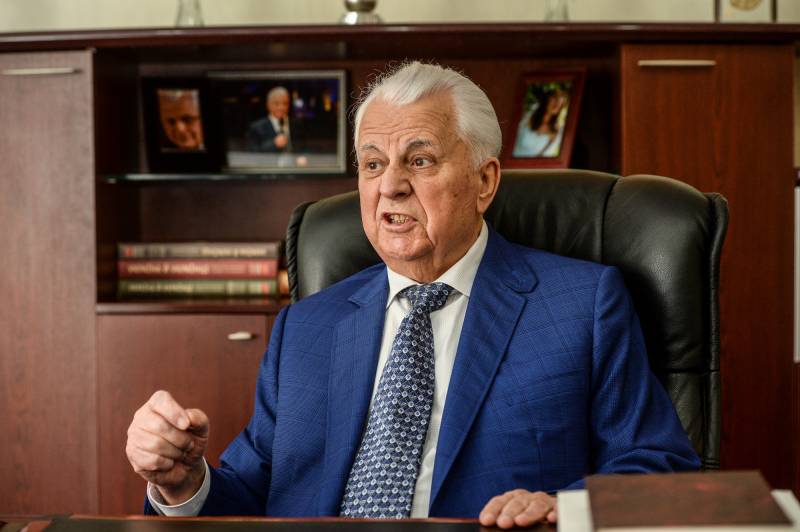 The first president of Ukraine Leonid Kravchuk, who recently joined the Ukrainian negotiating group, hastened to please the LPNR with a new, hitherto unheard proposal: to turn Donbass into a free economic zone.

Probably, after all the necessary measures to destroy the militia and the placement of the anti-Ukrainian population in concentration camps, the region will be provided with special benefits, after which investments will flow to the war-torn edge of the river, and local business will instantly flourish and head out.

Curiously, the initiative of Kravchuk was supported and even chewed for the press by the Ukrainian Deputy Prime Minister Aleksey Reznikov. According to Reznikov, Donetsk, Lugansk and Kherson regions need to be made territories of priority development, attractive for investment, which will allow “to multiply the established system with the same mentality” (what this means, the Deputy Prime Minister did not explain).

It is worth noting that on July 30, the head of the Luhansk region controlled by Ukraine, Sergei Gaidai, met with the chairman of the Luhansk community in Kiev, Vadim Goran, and they discussed the very idea of ​​creating a zone where representatives of Ukrainian business and the LPR could freely trade their products. Moreover news Surprisingly, this project did not provoke protests or accusations of betrayal and surrender, as is usually the case when it comes to any dialogue with any representatives of the republics (Ukraine has long been reconciled to trade with the “aggressor country”, because even pork now has to be bought in Russia).

The creation of a free economic zone, in which a special legal regime of free economic activity and special regulation of interaction between individuals and legal entities would operate, has been discussed since 2014. Probably, Kiev has decided to revive the idea right now, as an alternative to the Minsk agreements, which Ukraine cannot fulfill, and which it does not dare to completely abandon. Moreover, this project, relevant for the winter and spring of 2014 and absolutely unattractive today, does not solve absolutely anything in the conflict between Ukraine and the LPR, but it can act as a tempting bait for the nouveau riche and the “elites” of Donbass, both old and new.

It may well be that the initiative will develop into a banal attempt to buy with advantageous offers and various preferences not only Ukrainian oligarchs who continue to play a certain role in the life of the republics and still influence their political, economic and social life, but also the business that has been formed over the 6 years of the LPNR's existence. -circles. Moreover, despite the close integration of Donetsk and Luhansk businesses with local authorities and law enforcement agencies, it is likely that something like an amnesty will be unofficially announced for them, which will allow them to freely conduct business with Ukraine within the free economic zone.

And if our assumptions are correct and in the near future Kiev will make a number of lucrative offers, LDNR is just right to expect a real flurry of "enthusiasm" from paid sources, which will frantically prove how beneficial this project is to Donbass. Considering how many negligent and omnivorous people left in the republics who are ready to trade even with the devil, it is logical to assume that some of the local businessmen and “elitists” who conduct business through dummies will gladly respond to the offer of the Ukrainians.

If the project of creating a free economic zone succeeds, Kiev will be able not only to declare significant progress towards the implementation of the Minsk agreements, but also to significantly expand its influence in Lugansk and Donetsk. Undoubtedly, the Ukrainian special services will find an opportunity to "work" with those who agree to participate in the project. It is likely that, willy-nilly, these people will become an obedient tool in the hands of Ukrainian manipulators. Ideally, of course, Ukraine seeks to establish close relationships with the leadership of the republics or various civil and security structures.

It remains to be hoped that this project will not be agreed upon in Minsk or will fail at the stage of its preparation (at least within the framework of the confrontation between Zelensky and Poroshenko), nevertheless causing a violent reaction from nationalists. Otherwise, Luhansk and Donetsk will face a new challenge, which will not be easy to adequately respond to. However, the shelves of republican stores and market counters are already bursting with Ukrainian products (under the conditions of quarantine restrictions, it became much less, but it has not completely disappeared), so trade with Ukraine never stopped.

To some extent, this challenge can even be for the good: you just need to take into account everyone who will actively stand up for a free economic zone and show willingness to take part in the project, in order to make organizational conclusions and gradually distance these people from the authorities as much as possible.

Ctrl Enter
Noticed oshЫbku Highlight text and press. Ctrl + Enter
We are
Situational analysis of the death of the MH17 flight (Malaysian Boeing 777), made on the basis of engineering analysis from 15.08.2014Results of the week. “In our cooperative, the board is always agreed”
Military Reviewin Yandex News
Military Reviewin Google News
56 comments
Information
Dear reader, to leave comments on the publication, you must to register.