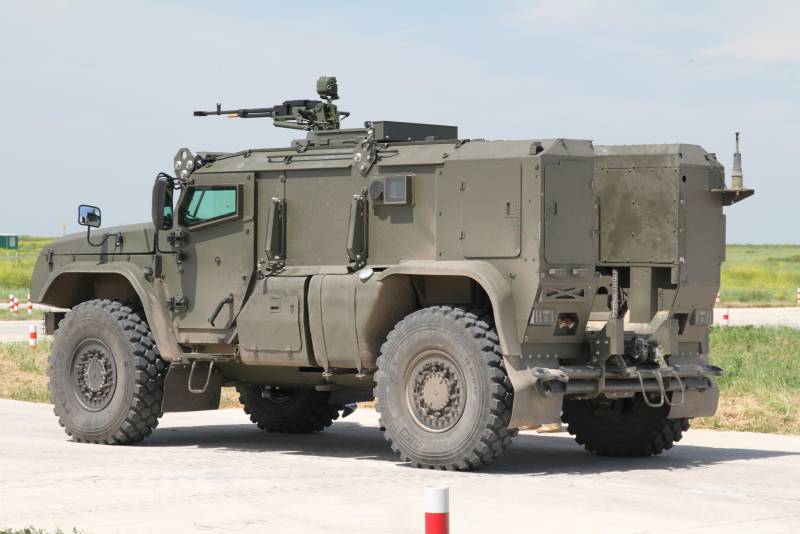 BM Typhoon-Air Defense is being developed by IEMZ Kupol JSC (part of the VKO Almaz-Antey Concern) using its own resources, at the request of the Air Defense Forces Directorate of the Ground Forces. The work is carried out in cooperation with other defense enterprises in Russia. The combat vehicle of anti-aircraft gunners MANPADS is being developed on the basis of the KamAZ-4386 chassis, based on the Typhoon-VDV BM.


Until recently, mainly standard army trucks (at best, armored personnel carriers) were used as a means of ensuring the mobility of anti-aircraft gunner units MANPADS, which no longer meets the requirements of modern combat. A short-range air defense system, created for modernized anti-aircraft missiles MANPADS, is a relatively expensive solution that is unable to completely replace portable anti-aircraft missile systems in the troops. The developers of Typhoon Air Defense were tasked with creating an economical combat vehicle that would provide high mobility of MANPADS anti-aircraft gunners, an increased level of their protection and improved conditions for combat work. 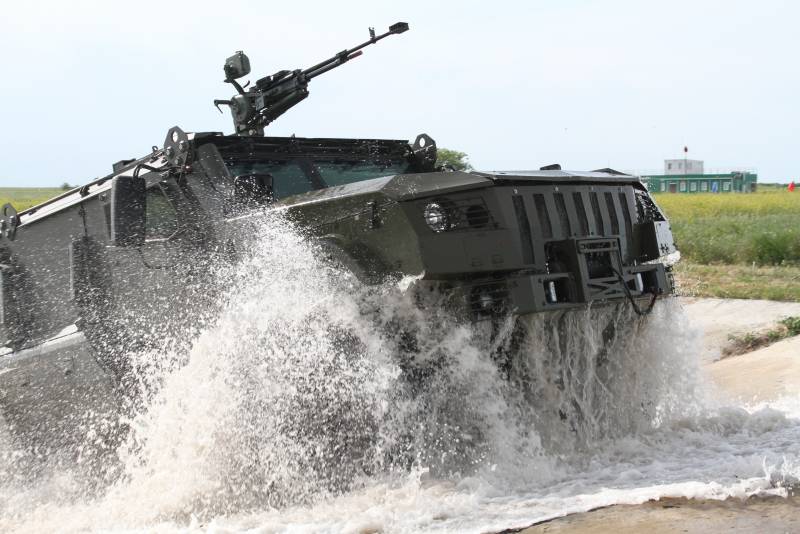 To date, the appearance of a promising air defense system has been almost completely formed. BM "Typhoon-Air Defense" is designed for five crew members: commander, driver, gunner and two anti-aircraft gunners. A squad of anti-aircraft gunners is located in the BM with all combat equipment, which includes MANPADS, launchers, power supplies, radar interrogators, ammunition for a machine gun, etc.

It is planned to equip the BM with voice and digital radio stations and navigation aids. On the roof of the combat vehicle there is a turret with a large-caliber machine gun of the "Kord" type and two hatches: for a machine gunner and an anti-aircraft gunner. It is assumed that fire from a machine gun and MANPADS can be fired at speeds up to 20 km / h.
The armament of the BM "Typhoon-Air Defense" includes 9 MANPADS missiles. MANPADS of various types can be used. In the version of equipping the combat vehicle MANPADS "Verba" it is possible to intercept air attack weapons flying at a speed of up to 420 m / s, at a distance of 500 to 6000 meters, at an altitude of up to 3,2 km. In addition to autonomous combat work, a detachment of anti-aircraft gunners MANPADS will be able to receive target designation from a higher combat command post. At the same time, the sets of automation tools are integrated in such a way that the arrows can receive target designations while in the car.

If necessary, the Tor-M2 air defense missile system BM can be used as a command vehicle for the Typhoon-PVO BM. In this case, operating in the "mixed link" mode, the air defense unit will be able to use powerful Tor-M2 air defense systems for reconnaissance of the air situation and target designation, and hit air targets with inexpensive MANPADS fire means.
Thanks to the equipment with a large-caliber machine gun and the possibility of using missiles against lightly armored and unarmored vehicles, the Typhoon-Air Defense BM, being in the combat formations of troops, can also be involved in solving a limited range of fire support tasks. 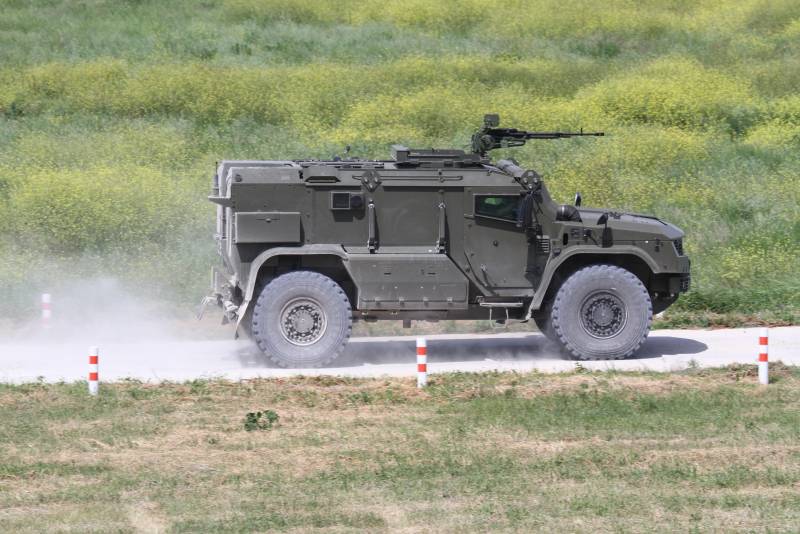 The design features of the transport base itself have not been announced, but it can be assumed that they will correspond to the prototype - BM "Typhoon-VDV": maximum speed - 100 km / h, cruising range on the highway - over 1200 km. The achieved level of cross-country ability allows to overcome an ascent with a steepness of up to 30º and a ford with a depth of up to 1,75 m. High mobility rates are provided by the KAMAZ-610 engine with a capacity of 350 hp. from.

The mass and size characteristics of the product (in particular, the weight of about 14 tons) allows for parachute landing, which makes the combat vehicle suitable for use in the first echelons of the airborne troops. Mine protection (grenade)
- 3rd class in OTT, protection against small arms and artillery weapons - 4th grade OTT. The level of survivability assumes the protection of the crew from large-caliber bullets and detonation under the bottom of 4 kg, and under the wheel - 6 kg of explosives (in TNT equivalent). 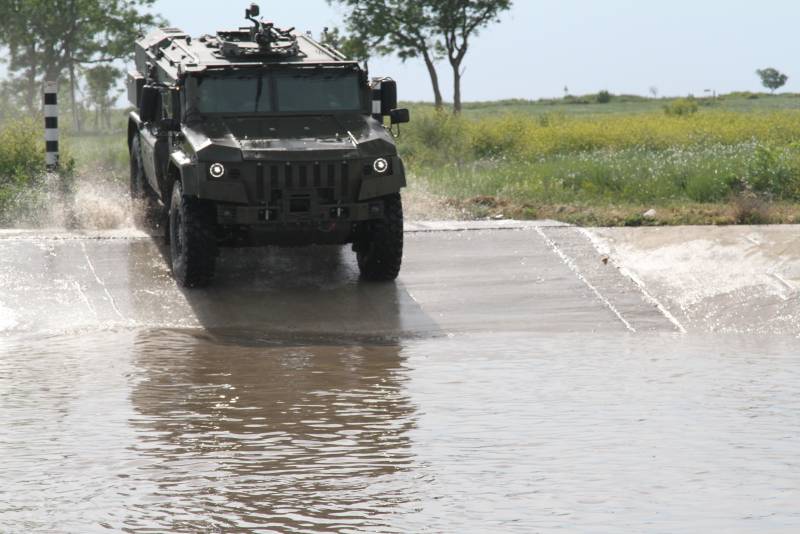 In 2019, two prototypes of the Typhoon-Air Defense BM in a lightweight version of the equipment took part in the Clear Sky competition held in the People's Republic of China as part of the International Army Games-2019. The conditions of the competition and the course of passing the tests by the Russian team can give a certain idea of ​​the capabilities of the new combat vehicle. The 9,5 km long track was laid over rough terrain and included 12 obstacles, including a "snake", "eight", a ditch, a ford, a slope, a track bridge, hills, etc. At five firing lines, an air defense calculation needed hit air targets on a head-on and catch-up course, as well as targets imitating a helicopter and a light armored vehicle. Shooting was carried out from MANPADS and a large-caliber machine gun. It took Russian anti-aircraft gunners only 43 minutes and 30 seconds to successfully complete the tasks of the competition.

At the moment, work on the creation of BM "Typhoon-Air Defense" continues, but they have already advanced far enough to be able to present the new air defense system to military specialists and the general public at the Army-2020 forum.

Ctrl Enter
Noticed oshЫbku Highlight text and press. Ctrl + Enter
We are
Who will protect our skyGaps and windows in the anti-missile umbrella of the country. Aerospace defense troops at the present stage
Military Reviewin Yandex News
Military Reviewin Google News
5 comments
Information
Dear reader, to leave comments on the publication, you must sign in.