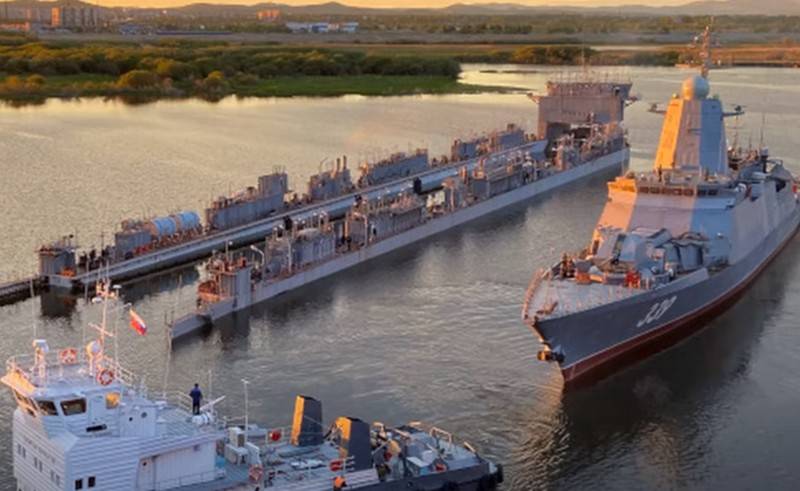 Built for the Pacific fleet the newest corvette "Hero of the Russian Federation Aldar Tsydenzhapov" has completed the stage of mooring tests, which took place at the delivery base in Vladivostok. The press service of the Pacific Fleet reports.


At the stage of mooring tests, the ship's crew, together with the delivery team, carried out all the necessary tests and prepared the corvette for entering the factory sea trials, which will take place in the waters of the Sea of ​​Japan. Before that, the ship will be placed on a special stand, where the hull will be "demagnetized". The ship will be transferred to the Pacific Fleet before the end of the year.

In Vladivostok, at the acceptance base of the Amur Shipyard (ASZ), the stage of mooring tests of the newest corvette "Hero of the Russian Federation Aldar Tsydenzhapov", which was built at the enterprise specially for the Pacific Fleet, has been completed
- said in a statement.

Project 20380 corvettes are classified as 2nd-class multipurpose combat surface ships of the near sea zone. At the same time, NATO considers project 20380 too large for corvettes, and defines them as frigates. Project 20380 was developed by the Almaz design bureau.
Ctrl Enter
Noticed oshЫbku Highlight text and press. Ctrl + Enter
We are
Corvette of project 20380 Aldar Tsydenzhapov delivered to VladivostokCorvette "Perfect" put on degaussing
29 comments
Information
Dear reader, to leave comments on the publication, you must to register.