Generals from the peasantry and the "proletariat": were there military leaders from the people in the tsarist army 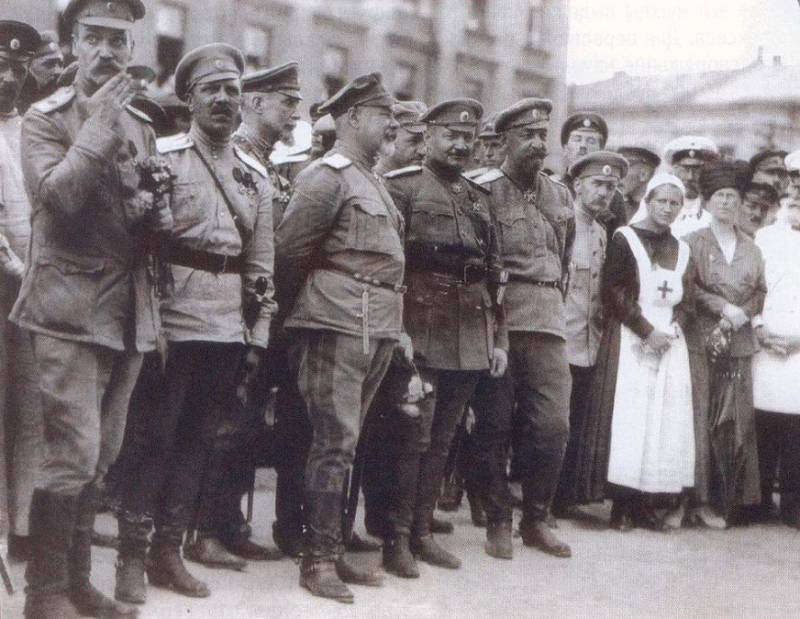 Traditionally, officers for the Russian Empire were supplied by the nobility. Only by the beginning of the twentieth century. the situation began to change, even generals “from the people” appeared - from the peasantry and those who are usually called the “proletariat”. Although the generals of the Russian Imperial Army themselves did not at all like this word, and even more so the ideology that was brought under it.


According to the data from the Military Statistical Yearbook of the Russian Army for 1912, hereditary noblemen in the Russian imperial army accounted for 50,4% of chief officers, 71,5% of staff officers, and 87,5% of generals. This indicates that 12,5% ​​of the generals of the tsarist army were still of relatively simple origin. Not much, but there is no need to talk about the complete inaccessibility of "golden shoulder straps" for "cook's children".

True, among the generals of simple origin, not children, but the grandchildren of peasants prevailed. And the fathers of the future commanders of the imperial army of simple origin, as a rule, were officers in the middle ranks who had curried out from the soldiers. The children of these officers entered military educational institutions and then went to military service as regular officers. Having no paternal status, money, connections, their brilliant career, they owed exclusively to personal qualities - courage, intelligence, deep knowledge and discipline.

Usually Anton Ivanovich Denikin is called the most famous general of the peasants. However, this is not quite true. Indeed, the grandfather of the commander-in-chief of the Armed Forces of the South of Russia was a serf peasant, but his father, Ivan Denikin, managed to curry favor with the soldier-recruits into officers and retired as a major. Anton Denikin entered an infantry regiment as a volunteer after graduating from a real school, and after serving a little, he became a cadet of the Kiev infantry cadet school.

Infantry general Mikhail Vasilyevich Alekseev had a similar fate, who during the First World War was the chief of staff of the Supreme Commander - in fact, the second person in the Russian imperial army. Mikhail Alekseev was born in the family of a former soldier Vasily Alekseev, who was also able to curry favor as an officer and receive the rank of major.

General for assignments under the Supreme Commander-in-Chief, Lieutenant-General Vyacheslav Evstafievich Borisov came from the peasants of the Yaroslavl province, but was able to graduate from the Konstantinovsky military school and make a good career, having risen to the level of quartermaster general of the Vilna district. In 1910, 49-year-old Borisov resigned, but with the outbreak of the war he was again called up for service and was at the headquarters of the Supreme Commander-in-Chief. 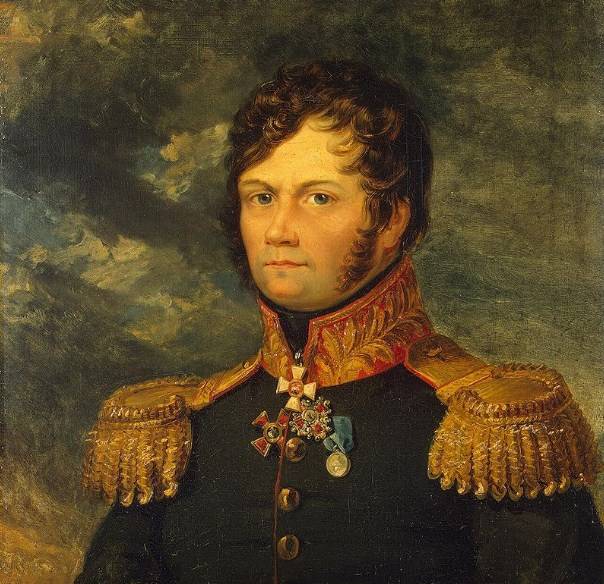 General Fyodor Alekseevich Lukov
Interestingly, it was peasant children among the generals that were more common earlier, in the 1812th century. For example, Major General of the Russian Imperial Army Fyodor Alekseevich Lukov, a legendary participant in the Patriotic War of 18, who died near Dresden, was the son of a simple soldier, entered military service as a private in the Sevsk Infantry Regiment, and only after XNUMX years of service was promoted to lieutenant.

Major General Anton Efimovich Makhotin, the son of a serf peasant, entered the Kinburn Dragoon Regiment as a private in 1798, participated in many wars, lost his right arm, but managed to get back into line. True, Makhotin became Major General already in the police field, having received the rank of general before resigning from the post of Ryazan police chief.

However, it was only during the First World War that the production of people of simple origin became a really mass phenomenon. Then the cadre officer corps suffered huge losses, so junior officers were hastily replenished with hastily trained warrant officers, as a rule, of raznochinsky or even workers 'and peasants' origin.