Algeria was the first Chinese clone of the American ATGM Javelin 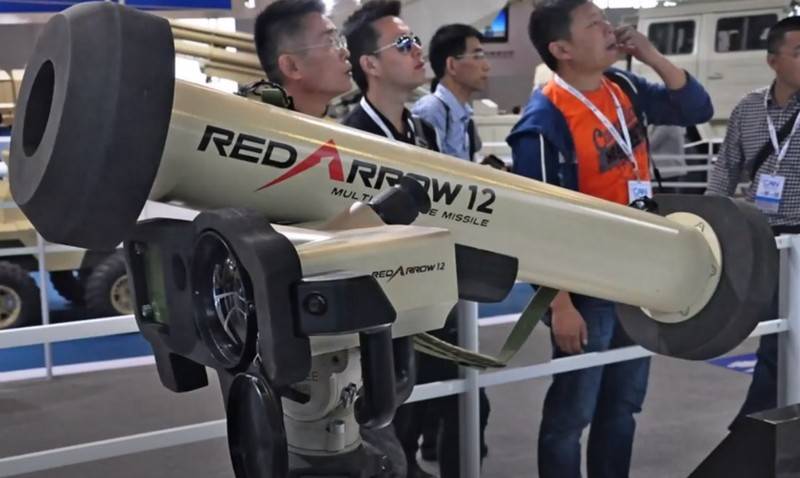 The first buyer of the Chinese "clone" of the American Javelin ATGM - the HJ-12 Red Arrow anti-tank complex - was the Algerian Ministry of Defense. TsAMTO reports about it with reference to publications of some world mass media.


According to the newspaper, the Algerian armed forces were the first to receive the HJ-12 Red Arrow anti-tank complex developed by the Chinese corporation NORINCO (China North Industries Group).

At the end of March this year, the corporation announced the start of export deliveries of ATGMs. Moreover, the first buyer of the complex was not named for certain reasons. The corporation said in a statement that this delivery is the first export delivery of an anti-tank weapons 3rd generation developed by a Chinese company. Only in July, China Defense Blog reported that the Algerian Armed Forces were the first to acquire the HJ-12 complex.

It should be noted that the complex HJ-12 Red Arrow even looks similar to the American ATGM FGM-148 Javelin. In an embodiment for use by infantry units, the Chinese-made system is a transport and launch container with characteristic large end caps and a unit of equipment for searching for targets and aiming. The rocket is launched from the shoulder, as when using anti-tank rocket launchers.

According to Jane's, the weight of the transport launch container (TPK) with the HJ-12 rocket is approximately 17 kilograms. The total weight of the complex (container and equipment block) is 22 kg. The length of the container is 1,25 m, the diameter is about 170-180 mm. The guidance system is automatic (fired - forgot). The defeat of the target can go along two trajectories: in the side (frontal) projection or from above. The missile of the HJ-12 complex carries a tandem cumulative warhead. Representatives of the NORINCO company claim that this product is capable of piercing up to 1100 mm of homogeneous steel armor, covered by dynamic protection.
Ctrl Enter
Noticed oshЫbku Highlight text and press. Ctrl + Enter
We are
Reports from the militia of New Russia for 27-28 September 2014 of the yearChina introduced a new anti-tank missile system
Military Reviewin Yandex News
Military Reviewin Google News
83 comments
Information
Dear reader, to leave comments on the publication, you must to register.