The Belarusian people exhausted limits on revolutions in the last century: Lukashenka made an appeal 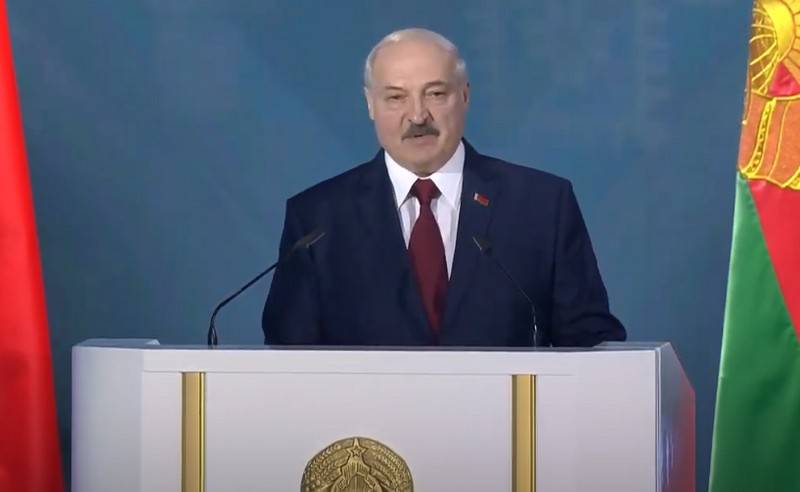 President of Belarus Alexander Lukashenko made an address to the people and the National Assembly (parliament of Belarus). Lukashenka signed a decree on convening an extraordinary session of parliament in Minsk to hear the president's annual message and resolve other issues on July 24.


Traditionally, the President of Belarus makes an address in the spring, but this year it was postponed due to the coronavirus.

In his address, Lukashenka stressed that the nation needs a strong state against the background of recent events in the world. Of course, he touched on the relations between Russia and Belarus, accusing Moscow of replacing fraternal relations with partnerships. But at the same time, he stressed, Russia will always be an ally of Belarus, "no matter who is in power."

Russia has always been, is and will be our closest ally, no matter who is in power in Belarus or in Russia. This is an insurmountable factor, it is deep within our peoples. Even though she changed fraternal relations with us to partnerships, in vain
- said the Belarusian leader, adding that Russia is afraid of losing Belarus, because she (Russia) no longer has real allies in the world.

He also paid attention to the "oil showdown" with Russia, saying that because of them Minsk lost more than $ 600 million. All in all, according to the Belarusian authorities, the republic has lost about $ 9,5 billion over five years from expensive loans and "unfair prices for energy resources."

With regard to the policy of the state, Lukashenko noted that Belarus "is not friends with someone against someone, but is developing a multi-vector foreign policy." He called the republic "the only calm link in the center of Eurasia, living with its own mind." He stressed that the country has exhausted the limits of "revolutions and destruction" in the last century, so there will be no redistribution of property.

The path to "destroy to the ground and then" is not our path. The Belarusian people have exhausted the limits of revolutions and destruction in the last century. There will be no redistribution of property. How it ends, we saw on the example of countries that tried to follow this path
he said, also rejecting a call for a return to the 1994 constitution. According to Lukashenka, such a return will be "a gift to criminals and the criminal business." In addition, he denied rumors about the privatization of agricultural land.

And, of course, Lukashenko, who met for his sixth presidential term, denied rumors of alleged fraud ahead of the presidential elections.

No one is going to steal anyone's votes, no matter how we are accused of censorship. We ourselves have created a country where the voice of youth is heard more than ever
- he said.

At the same time, he urged his opponents "not to get underfoot" and not "interfere with saving the country." And the citizens of the republic Lukashenka urged not to believe the presidential candidates, "promising mountains of gold", since miracles do not happen.

Billions of resources have been thrown against the Belarusians, the latest technologies have been mobilized. I am surprised to see some discussion ... on Internet channels about the recent arrest of 33 militants in Belarus, what conclusions and proposals are there. We got to the point that the two presidents agreed. This is a very dangerous and strong signal. And all this is a lie. About Istanbul, about Venezuela, about Africa and Libya
- he added.
Ctrl Enter
Noticed oshЫbku Highlight text and press. Ctrl + Enter
We are
December 2010 years. Russian March. Senseless and merciless? Notes not a Russian personRussia is taken to the Golden Billion
Military Reviewin Yandex News
Military Reviewin Google News
188 comments
Information
Dear reader, to leave comments on the publication, you must to register.