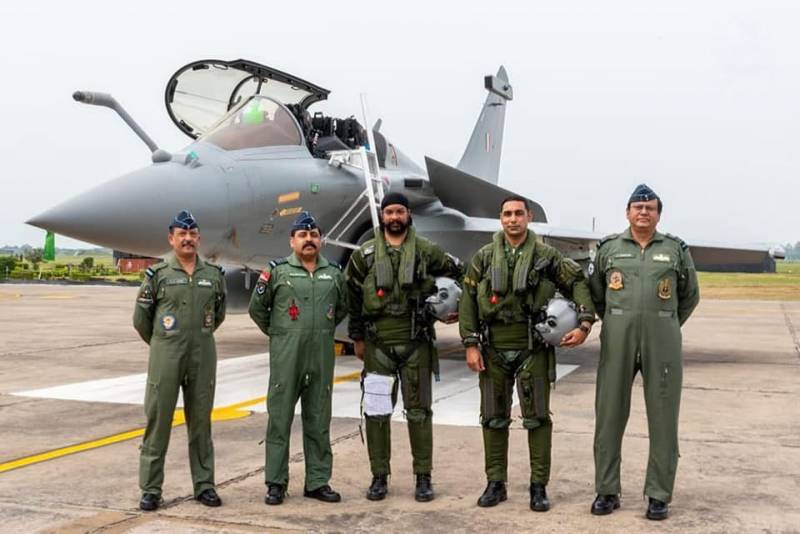 The Pakistani media are discussing the euphoria that reigns in India in connection with the arrival of five French-made Rafale fighters in the country. Recall that the planes landed at Ambala airbase in India on July 29.

India's enthusiasm for the delivery of the Rafale aircraft is misplaced. In India, they do not understand that new technology for its Air Force is not an asset, but a great responsibility.
According to Zaafir, the Indian park aviation so heterogeneous that for the Indian Air Force, sooner or later, the maintenance of all these aircraft will become a real headache. The Pakistani author recalls that the Indian Air Force today is armed with aircraft made in France, Russia, the United States, and India itself. At the same time, with each new purchase, the logistics of service become more complicated, which leads to additional costs.

For the Rafal fighters, the air refueling systems used by the Il-78 air tankers had to be altered. To make French-made fighters fly to India, French Air Force aircraft tankers were used.

Mohammad Saleh Zaafir in the Pakistani edition of The International News:

The Maintenance and Overhaul (MRO) program for all of these fighters, including the Rafale, is becoming not only a logistical nightmare for the Indian Air Force, but also incredibly expensive. It also negatively affects operational availability, which for India is usually no more than 60%.

Ctrl Enter
Noticed oshЫbku Highlight text and press. Ctrl + Enter
We are
Reports from the militia of New Russia for 27-28 September 2014 of the yearYuri Drozdov: Russia prepared the role of the sacrificial calf
Military Reviewin Yandex News
Military Reviewin Google News
30 comments
Information
Dear reader, to leave comments on the publication, you must to register.