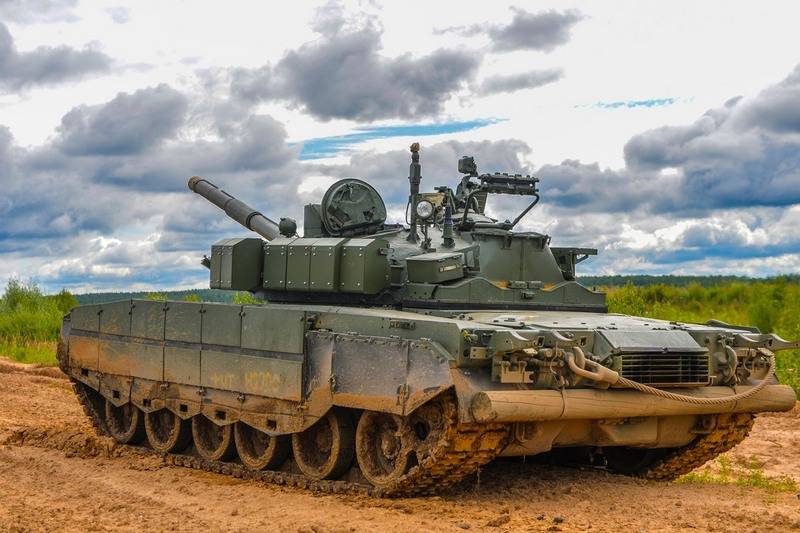 The Western Military District continues to receive modernized Tanks T-80BVM. According to the press service of the district, another batch of tanks entered the Kantemirovsk division.

The command of the division noted that live firing of the crews of the modernized tanks will be held this week.

The tank is equipped with a modified 1250 hp gas turbine engine, which can reach speeds of up to 70 km / h. The vehicle is equipped with a 125-mm cannon capable of firing guided missiles, a multi-channel sight, a weapon stabilizer, and a driver's observation device. The tank is protected from fire by a complex of modular reactive armor.

In Soviet times, more than 10 of thousands of T-80 tanks of various modifications were produced. Currently, 3 thousand "eighty", which are considered a strategic reserve in case of war, is located in military warehouses. The decision to de-arm part of the tanks and modernize it was taken by the Ministry of Defense in 2016.