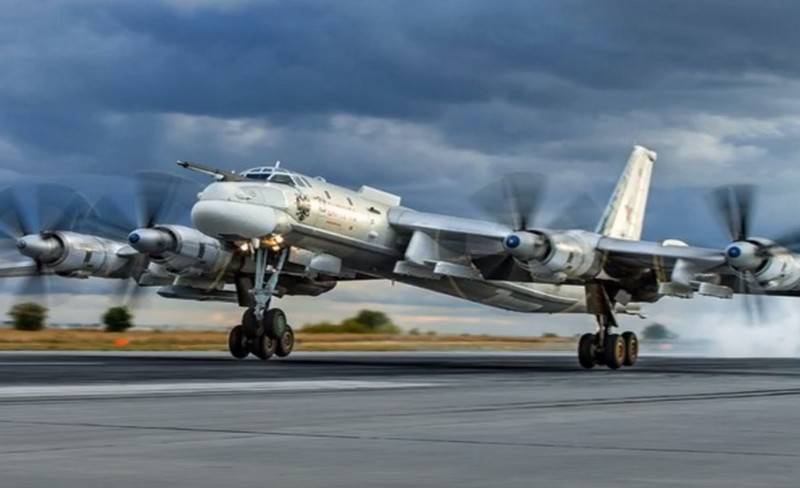 Further prospects and preparation for flight tests of the deeply modernized strategic missile carrier Tu-95MSM will be discussed at a conference call in the Ministry of Defense. This was announced by the head of the military department Sergei Shoigu.

First, let us discuss how PJSC Tupolev fulfills its obligations to create a modernized strategic bomber Tu-95MSM in the interests of the Ministry of Defense. In particular, we will talk about the manufacture of a prototype aircraft and the beginning of its preliminary and state tests.
- he said.

The fact that the deeply modernized strategic missile carrier Tu-95MSM will make its first test flight by the end of August this year was announced on Monday by the head of the United Aircraft Corporation (UAC), Yuri Slyusar, when reporting to Russian President Vladimir Putin.

Slyusar reported that the Russian strategic missile carrier was completely updated, even the airframe of the aircraft was improved. It is planned that the updated aircraft will make its first flight by the end of August this year.

We have strengthened the wing, changed individual airframe units. A vehicle with a new set of weapons, with a new on-board complex of electronic equipment, with new modified engines, new propellers, and, in fact, the combat capabilities of the vehicle have doubled after this modernization. I hope that the long-awaited deeply modernized Tu-95 will take off in Taganrog by the end of August.
- said the head of the UAC.

As previously reported, as part of the modernization of the Tu-95MSM, it will receive a new radar, a new information display system, a modernized defense complex, modernized NK-12MPM turboprop engines with the installation of new AV-60T propellers.

The Ministry of Defense plans to carry out a deep modernization of the entire existing Tu-95 fleet.
Ctrl Enter
Noticed oshЫbku Highlight text and press. Ctrl + Enter
We are
Reports from the militia of New Russia for 27-28 September 2014 of the yearYuri Drozdov: Russia prepared the role of the sacrificial calf
42 comments
Information
Dear reader, to leave comments on the publication, you must to register.