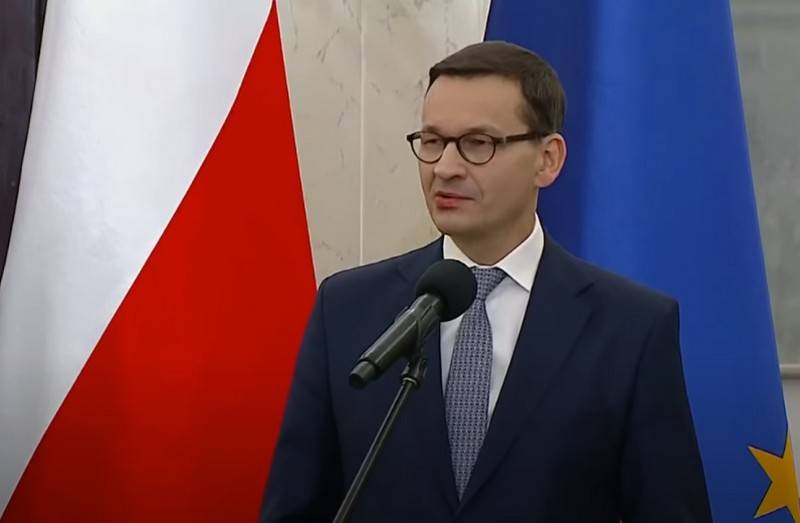 There are no tough anti-Russian sentiments in Poland, but there are projects that Warsaw does not like and against which it will continue to oppose. This was stated by Polish Prime Minister Mateusz Morawiecki.

I don’t think that tough anti-Russian rhetoric reigns in Poland. However, there are some issues that we do not like, for example, "Nord Stream - 2"
- he said.

Warsaw is convinced that the European money earned by Russia for the supplied gas will "sponsor the Russian weapon". In addition, the gas pipeline will make it possible to" cut off Ukraine from gas supplies "to Europe, after which" do whatever you want with this country. "

That is why Nord Stream and Nord Stream 2 pose such a threat to our region. This is why we criticize Germany
- stressed Moravetsky.

Note that Poland, along with Ukraine, is the most ardent opponent of the construction of the Nord Stream-2 gas pipeline, which will allow Russian gas to be supplied to Germany. It is Poland, pursuing US policy in Europe, doing everything to stop construction, including imposing fines on Gazprom and initiating legal proceedings against companies building the gas pipeline.

Ctrl Enter
Noticed oshЫbku Highlight text and press. Ctrl + Enter
We are
Reports from the militia of New Russia for 27-28 September 2014 of the yearInterview of Vladimir Putin with Radio Europe-1 and TF1
Military Reviewin Yandex News
Military Reviewin Google News
44 comments
Information
Dear reader, to leave comments on the publication, you must sign in.