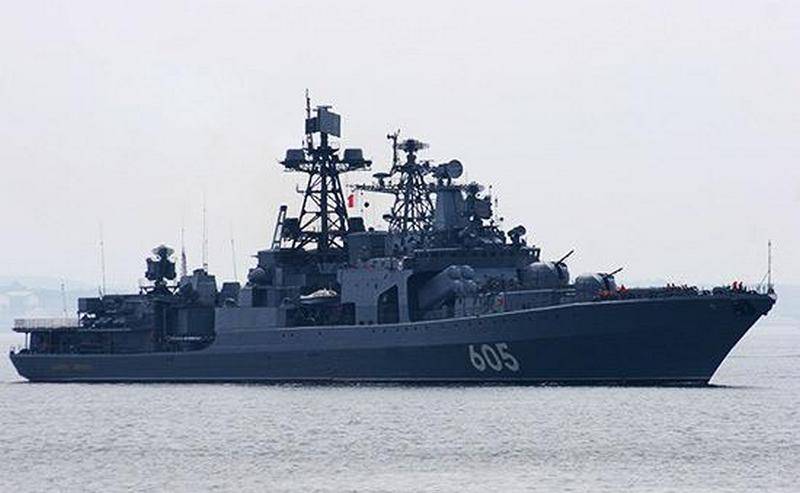 The large anti-submarine ship (BOD) "Admiral Levchenko" of project 1155 will be modernized following the example of the same type "Marshal Shaposhnikov". This is reported by TASS with reference to a source in the shipbuilding industry.


According to the source, the BPK, which is part of the Northern fleet, is currently parked in Severomorsk awaiting a decision to start modernization and repairs. To date, the location of the work has not yet been determined. Also, the source did not say anything about the approximate start of work on the ship. The last sailing of the ship to the sea took place in 2018.

BOD "Admiral Levchenko" is currently in Severomorsk awaiting a decision on repair and modernization. The place of work has not yet been determined
- leads news source word agency.

Let us remind you that the Marshal Shaposhnikov BPK became the first ship of Project 1155 to undergo modernization and retraining as frigates. The return of the ship to the Pacific Fleet is planned before the end of this year. As previously stated in the Ministry of Defense, it is planned to modernize all the remaining BODs of Project 1155.