"Russia shows its muscles": Western press on the parade in Tartus 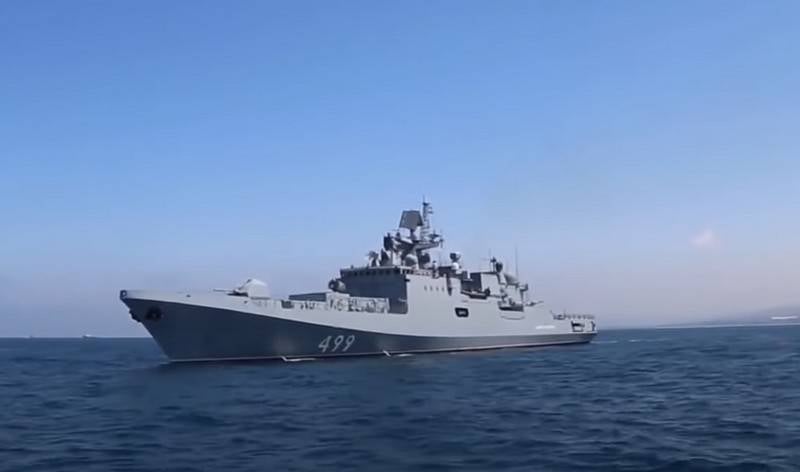 July 27 as part of the celebration of the naval fleet A series of maritime parades took place in Russia. One of them took place in the water area of ​​the Syrian port of Tartus. It, together with the adjacent territory, was leased to the Russian Federation and is the only Russian naval base in the Mediterranean.


This facility is an important component of the permanent operational presence of the Russian Navy in the Mediterranean, providing the grouping of ships with the necessary infrastructure. Located in the "underbelly" of Europe, Tartus attracts increased attention from the Western press.

Analisi Difesa drew attention to the combat power presented by the Russian fleet in connection with the celebration of the next anniversary of its formation. As the Italian newspaper notes, nine combat pennants, boats and support ships marched in parade in the Syrian harbor. Among them were the Novorossiysk submarine and the Admiral Makarov frigate with the Caliber cruise missiles.

The Russian fleet is showing its muscles in a particularly delicate region of the Mediterranean, where naval tensions are present: the Cyprus-Greece-Egypt axis, with the support of France, counteracts the forceful "assault" of Turkey
- writes Analisi Difesa.

Ctrl Enter
Noticed oshЫbku Highlight text and press. Ctrl + Enter
We are
The Ministry of Defense of the Russian Federation denied the information about the evacuation of personnel from a military base in Syrian TartusPutin demanded Serdyukov to write a resignation report
Military Reviewin Yandex News
Military Reviewin Google News
18 comments
Information
Dear reader, to leave comments on the publication, you must to register.