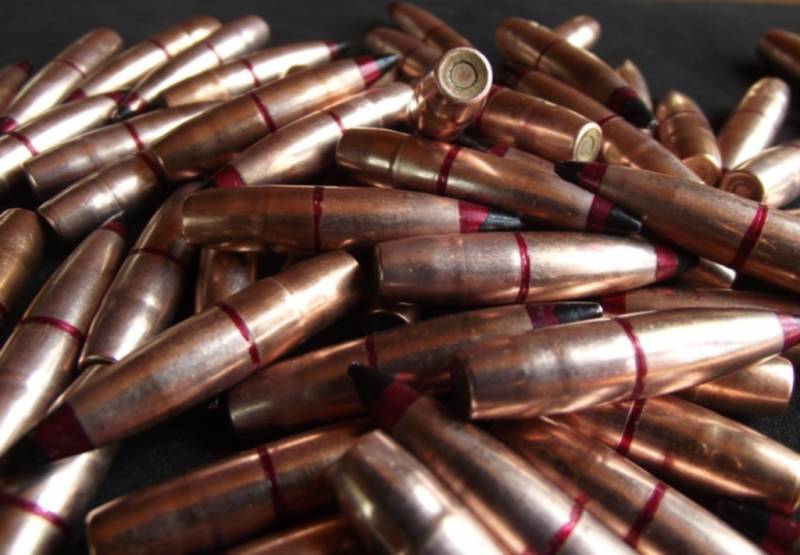 The "sword and shield" competition, that is, the simultaneous improvement of both the means of engaging enemy manpower and the methods of individual protection of one's own fighters, is an eternal driving force of progress in military affairs and weapons craft. It would seem that the appearance of a "firearm" on the battlefields put an end to this competition, because no armor could resist it. However, centuries later, the issue acquired a new urgency, which led to the emergence of such special ammunition as armor-piercing bullets.


Surely everyone remembers the lines from the immortal "Vasily Terkin": "A three-line rifle on a canvas belt, and cartridges with that head that is terrible for steel armor ..." Poetry is poetry, but in this case we are talking about a very specific ammunition. Tvardovsky was referring to the classic domestic rifle and machine gun cartridge 7,62 × 54 mm, equipped with an armor-piercing bullet B-30, or B-32, which replaced its predecessor, which became the first swallow among ammunition of this kind developed in the USSR.

The main difference between them was that the new bullet created two years later (as it is already clear from the index) not only pierced armor steel 2 PP in 10 mm at two hundred meters, but thinner armor at a distance exceeding 700 meters. She also guaranteed the ignition of, for example, gasoline, if one is found behind the protection it has overcome, with a probability of 75%. It should be understood that those used at that time for small arms weapons The ammunition was intended primarily not for firing at the enemy's manpower, but for destroying his lightly armored vehicles. Personal protective equipment in the form of cuirasses, vests with steel plates and the like were already used in the Great Patriotic War, but were rather exotic, unlike armored cars and light tanks.

In the design of an armor-piercing bullet, in principle, there is nothing super complicated. All the same "shirt" made of lead or tombak (an alloy of copper and brass), hiding underneath the core, which serves to crush the armor. In the simplest version, this is especially strong steel, but in modern conditions it is necessary to take into account the development of personal protective equipment, so that tungsten carbide, or even depleted uranium, often becomes the "stuffing" of the "armor-piercing" currently being manufactured. The question here, as always in the production of weapons and ammunition, is the main thing - the final price of the product.

The B-30 and B-30 developed back in the 32s and their modifications, supplemented by the tracer composition, were so successful that they are used in the Russian Armed Forces to this day. The same can be said about ammunition of a larger caliber - 12,7-mm 57-BZ-542, designed for such machine guns as "Utes" and "Kord", as well as the sniper rifle of the same name. Naturally, with the advent of new types of weapons, first in the Soviet, and then in the Russian army, special armor-piercing ammunition was developed for it.

Known not only the corresponding cartridges of 5,45 × 39 mm caliber 1N-10 7N-22 for AK and RPK model 1974, but also capable of penetrating sufficiently serious obstacles cartridges of 9 × 39 mm caliber for a special sniper rifle VSS and "silent" automatic machines AS , 9A-91. The purely pistol cartridges have not been forgotten either - their armor-piercing options exist not only for the formidable Gyurza, but also for the simple Makarov or even small-caliber PSM.

It is clear that the NATO armies could not leave their soldiers without armor-piercing ammunition. Today, their main samples used for standard small arms under the unified caliber of the North Atlantic Alliance of 7,62 × 51 mm are M61 AP and Bofors FFV bullets made of the same tungsten carbide with the addition of cobalt. According to the declared performance characteristics, they are capable of effectively hitting the enemy in a standard army body armor at fairly solid distances - the first at 100 m, and the second at all 300. However, NATO members give preference in the fight against more reliably protected targets to the 12,7 × 99 mm caliber, which features a whole family of armor-piercing bullets with impressive performance.

Is there a future for armor-piercing ammunition for small arms? Without a doubt. After all, the improvement of personal protective equipment is reaching new levels. The domestic set of combat equipment "Ratnik" is the best proof of this. And our potential opponents do not sit idly by. On the other hand, it is quite difficult today to talk about any definite prospects for the development of "armor-piercing", a kind of "main line". Many experts believe that the armor-piercing potential of such calibers as the usual 5,45 × 39 mm, 7,62 × 39 mm, or even 7,62 × 54 mm has already been exhausted and it is impossible to create something radically new and unprecedentedly effective within their framework. ... Extending calibers up to 12 mm and above is also not an option.

As far as I know, the latest domestic development in this area should be considered an armor-piercing cartridge of 5,45 × 39 mm caliber (GRAU index 7N39). The ammunition is not bad, but definitely not "breakthrough". What way will the development go further? Perhaps the answer to this question can be provided by the use of fundamentally new materials or technologies in the arms industry, about which we simply do not know yet. In any case, the rivalry between the shield and the sword will continue as long as the wars are fought.

Ctrl Enter
Noticed oshЫbku Highlight text and press. Ctrl + Enter
We are
About Stalin and KhrushchevWhat you didn't want to know about England
Military Reviewin Yandex News
Military Reviewin Google News
31 comment
Information
Dear reader, to leave comments on the publication, you must to register.