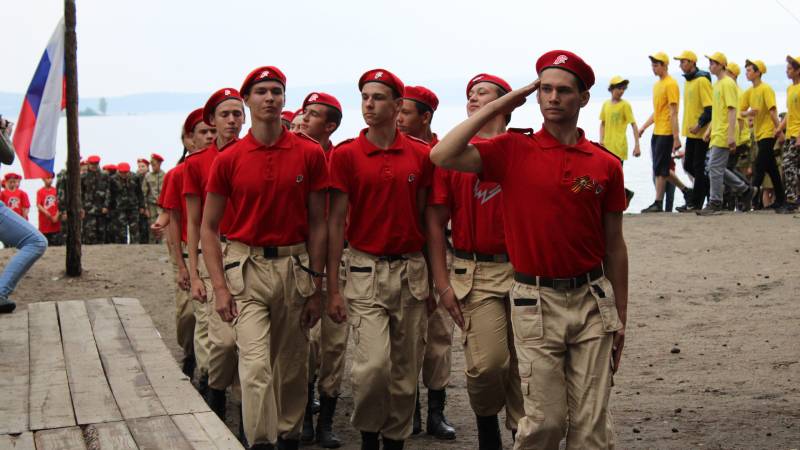 Brevity is known to be the sister of talent. With this in mind, we suggest that you familiarize yourself with the new formulation of the concept of education:

“This is an activity aimed at personal development, creating conditions for self-determination and socialization of students on the basis of socio-cultural, spiritual and moral values ​​and rules and norms of behavior adopted in Russian society in the interests of a person, family, society and the state, the formation of a sense of patriotism and citizenship in students , respect for the memory of the defenders of the Fatherland and the heroic deeds of the heroes of the Fatherland, for law and order, a man of labor and the older generation, mutual respect, respect for the cultural heritage and traditions of the multinational people of the Russian Federation, for nature and the environment "
Total - 58 words! In the previous definition of the term, everything ended on the part "in the interests of the individual, family, society and state."

On the one hand, the new bill describes everything in much more detail than the previous version and, obviously, more substantively. The state has seriously paid attention to this aspect of school life, since the definition has expanded. But on the other hand, education has become an overly broad concept. Previously, it concerned the socialization of a person in the modern world on the basis of established norms of society, and now it includes история, and ecology, and culture. At the same time, an obvious emphasis is placed on the education of patriotism and citizenship.

In addition, new jobs were added to teachers and teachers of higher education institutions. The content of the educational program has changed. Now it must necessarily include a work program for education and a schedule for such work. What does it mean? This will entail a major revision of approaches to teaching subjects and extracurricular activities. Did you say that the school does not educate the younger generation? Everything will change from September 1. At least on paper. The Ministry of Education has already prepared a unified model education program for schoolchildren for the whole country. 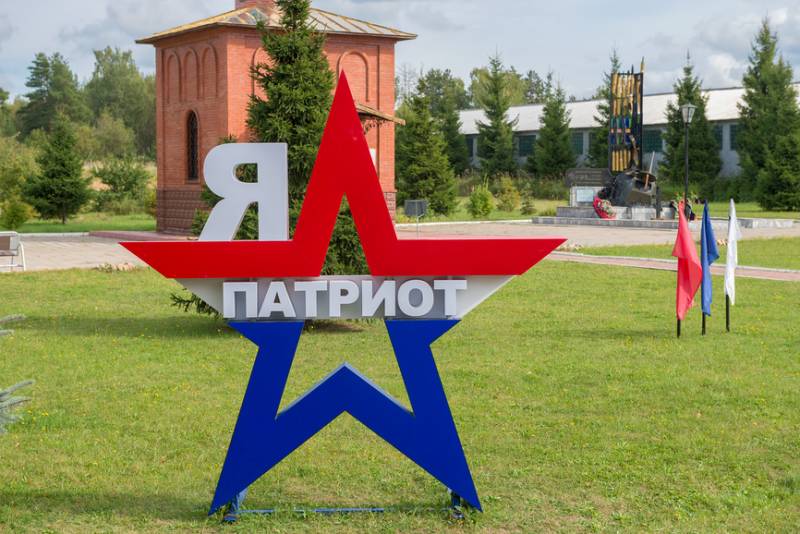 Source: detki.guru
Now let's figure it out. Let's start with what criteria are currently used to assess the low level of education in Russian schools. If we take into account the notorious polls of VTsIOM, then in recent years the parental community is increasingly dissatisfied with the level of education in schools. And they say that every year it gets worse and worse. If you look at this situation "head-on", then the school is certainly to blame. However, there are several contradictions here. Firstly, none of the parents admits that an ill-mannered child is something of a flaw in mom and dad. It is much easier to declare the class teachers to be guilty than to face family problems honestly. Meanwhile, it is the parental behavior that prevails in the early stages of raising children. For example, if the father in the family smokes, then the son or (to a lesser extent) daughter will be susceptible to this addiction. And even teachers will break into a cake in their propaganda of a healthy lifestyle - everything will be useless if the father puts out a pack of cigarettes a day. Mom, when she catches her son smoking in secret, in most cases will blame the school. Here is a logical chain of the formation of public opinion regarding school education. Of course, the example is a bit naive, but it conveys the essence of the question.

Secondly, parents assess the level of education of modern youth in a nostalgic comparison with the Soviet school. Moreover, they even compare 30-35-year-old parents who did not find the USSR in school life! It was not good with upbringing in the Soviet school, it is time to accept and understand. It was good with propaganda and brainwashing. Suffice it to recall how long May 9 was not an official holiday in the USSR. The Soviet system was not bad for the semblance of a socialist system. As soon as the Soviet Union collapsed, the country “depressurized”, a whole generation found itself without “self-determination and socialization,” as they say in modern laws. You can just look at the bacchanalia that took place in the early 90s in order to understand what kind of "educated" were released from schools.

Therefore, public views on school education should not be overly dramatized. For example: in Russia, the post of Minister of Education (Enlightenment) is perhaps the most thankless: such a flurry of criticism has to be psychologically endured. In our country, as you know, ordinary people “professionally” talk about two things - education and politics. If there may be certain problems with the last point, then with education everything is simple - I don't want to criticize. Therefore, it is not necessary to say that the demands for a revision of the educational system came from below. The demands for innovation come from the top and are far from clear-cut.

Actually, why did everyone decide that Russian youth suddenly so unexpectedly needed additional education in the spirit of patriotism? Moreover, in such a strictly regulated plan. In addition to the high-profile case of a boy from Novy Urengoy in 2017, there were no special prerequisites for such a serious change in course. On the contrary, Yunarmiya cells, school cadet and Cossack classes, the TRP, school search detachments, etc. are actively working. Schoolchildren are taken to screenings of feature films with quite understandable patriotic overtones, and in history textbooks the role of the Soviet Union in the victory in World War II is never not understated. For comparison, read history textbooks from the 90s and early 2000s. Military universities for the most part barely fight off those wishing to become officers, and cadet, Suvorov and Nakhimov schools - from future students. The prestige of military service is now at its highest since the collapse of the Soviet Union. The main reason for the change in legislation is not clear: where, in fact, did everyone get punctured and raised generations of unpatriots? It is enough to look at the level of volunteer movement among young people, which is often not encouraged or directed by anyone. Caring for neighbors, for your compatriots - is this not patriotism? Instead, Vyacheslav Nikonov (Molotov's grandson), chairman of the State Duma Committee on Education and Science, says about the initiative:

"This bill will allow the school to educate winners."
With whom they decided to fight and whom to defeat, Doctor of Historical Sciences Nikonov does not specify. Nor does it say whether all those who graduated from school earlier can be considered losers. All this becomes similar to the search for mythical external enemies, to the next rallying of the nation and, as a consequence, the transition of patriotic education to propaganda. Maybe you need to educate not a patriot, but a person loyal to the state?

Meanwhile, in the Russian Academy of Education (more precisely, in its subdivision, the Institute for Education Development Strategy), an alternative "Model Program of Education" has been developed, in which education itself is considered from a slightly different point of view. There is no bias in the direction of patriotism, but there is a very specific set of forms, techniques and methods of working with the younger generation. There are also wonderful words:

"The modern national educational ideal is a highly moral, creative, competent citizen of Russia, accepting the fate of the Fatherland as his own, realizing responsibility for the present and future of his country, rooted in the spiritual and cultural traditions of the multinational people of the Russian Federation."
Quite logical and carefully considered words. By the way, the program was developed by order of the Ministry of Education and managed to be tested in 370 schools in the country. Pavel Valentinovich Stepanov, Head of the Laboratory of Strategy and Theory of Personality Upbringing at the Institute for Education Development Strategy of the Russian Academy of Education, during the presentation of the draft program, said, in particular:

“We offer a“ constructor ”from which schools can create their own programs necessary for them, selecting and adding“ details ”for their specifics. In addition, this format will help reduce the time spent on "paper" work. Instead of dividing educational work into directions, it is proposed to distribute it according to those spheres of joint activity of teachers and schoolchildren that are actually organized at school. In other words, what we do is what we write. We do not focus on events as such, but on creating, in the process of joint activities, child-adult communities that unite children and teachers with common interests, hobbies, feelings, emotions, because this is the only way to transfer values. "
This contrasts very much with the upbringing of a generation of winners, isn't it? 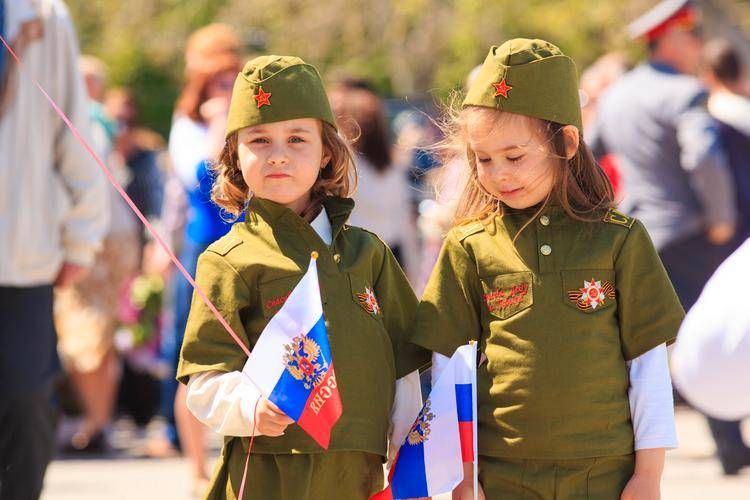 Source: etidor.ru
Now, probably, seditious words will be heard, but in the initiatives concerning school education, more and more ideas of a certain conservatism sound. In the most negative sense of the word. Several years ago, the teaching community proclaimed the individualization and differentiation of school education as a key idea. This is when each student will have a special approach, when different requirements are imposed on different children. Everything will depend on abilities and freedom of choice. In many ways, the Russian school was supposed to become an analogue of Western educational institutions with their high level of individual freedom. In contrast to this, uniform, strict educational programs for schoolchildren across the country appear. Time will tell whether this will be a new trend in the Russian school.

Ctrl Enter
Noticed oshЫbku Highlight text and press. Ctrl + Enter
We are
Are patriots bred correctly in Russia?Criminalization of Russia. What is the essence of the influence of criminal counterculture on society
107 comments
Information
Dear reader, to leave comments on the publication, you must to register.