China and the USA: the catamarans race begins! 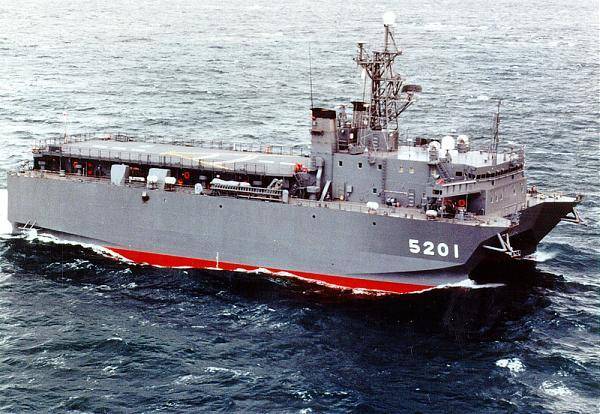 Stephen Stashwick, maritime expert for The Diplomat, believes the new approach to anti-submarine defense, which is now being implemented in the United States and China, is a step forward.


What's the point? The point is in approaching the problem. The problem is Russian and Chinese submarines (Chinese project 094, Russian in the range) equipped with both ballistic and nuclear-armed cruise missiles. Nothing else can frighten the United States today.

Potential enemy submarines simply need to be tracked on the outskirts of zones from where they can effectively strike, leaving the Americans no time to respond.

Accordingly, a country that thinks about its security in terms of maritime boundaries is simply obliged to have an anti-submarine fleet.

We (for the sake of comparison) had a whole class of ships for this purpose. 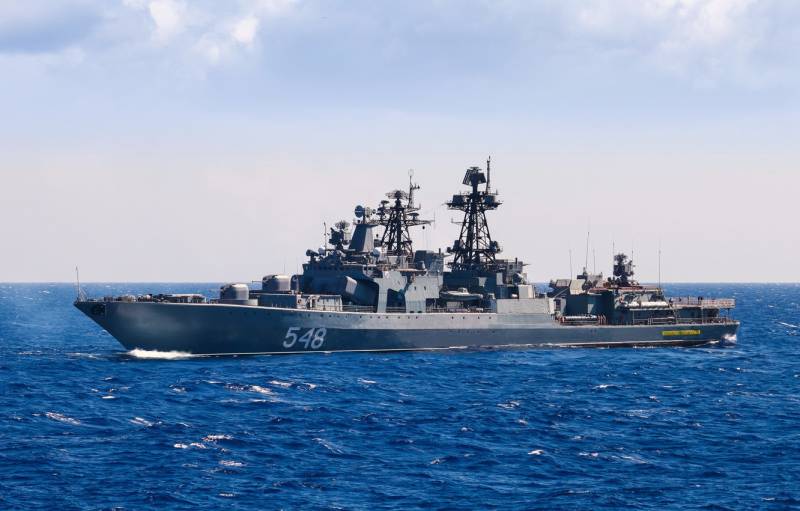 We are talking about BOD, large anti-submarine ships. These were ships of the ocean zone, in terms of armament and equipment at that time, absolutely suitable in order to find a submarine and give it a headache in full.

Why "were"? Well, yes, the BOD of project 1755 is still in service, but the youngest is 30 years old, and about the equipment - and generally a separate conversation.

And the BOD of Project 1155.1 - and in general, something like a cross between a destroyer and a cruiser turned out. And he could pile on a cruiser under the coincidence of circumstances, and drive a boat. We had and still have ships capable of searching and reconnaissance, but it is worth discussing them separately (MANPADS and SZRK).

But today our neighbors have something completely different in their plans. Similar to our SZRK, but highly specialized: the search and detection of submarines. Our "Meridians" are ships with more capabilities, but what the Americans have planned can be called a sonar reconnaissance ship, since it is focused only on working on submarines.

So, the United States is starting to develop a project for a new generation of ships, the main task of which will be the fight against enemy submarines. And the first of these ships will have to enter service in 2025.

Well, when the Americans need it badly, their timing is okay. How about quality is a separate conversation, but a sonar reconnaissance vessel is still not an aircraft carrier. 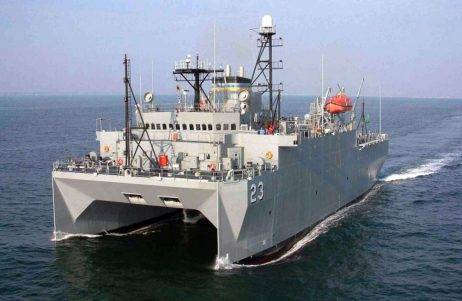 Many research vessels are working for the safety of the United States, the main task of which is to tow behind a sonar station, capable of tracking submarines very well.

Since the 70s of the last century in service fleet The United States has T-AGOS type sonar reconnaissance ships (KGAR). These are vessels with a displacement of 3100 tons and a cruising speed of 9,6 knots. The hull is of a catamaran type, which significantly reduces the noise of this ship and stability in waves. KGAR do not have their own weapons, but can carry anti-submarine helicopters on board. Their main weapon - towed antenna of the "SURTASS" type and active low-frequency sonar. 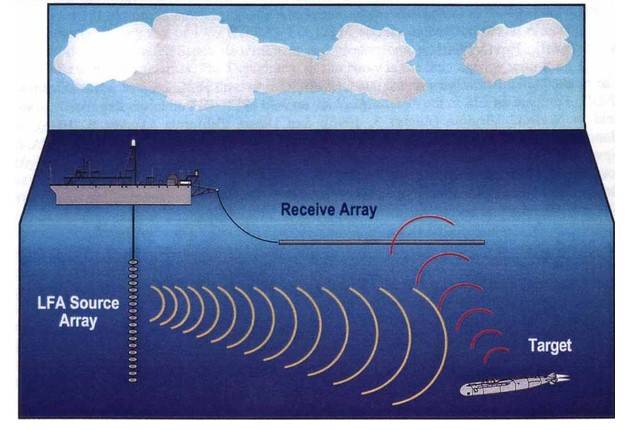 The sonar system for early detection of submarines consists of two components: an active LFA antenna and a passive SURTASS. The main component of the system is SURTASS. During operation, the antenna is submerged in water to a depth of 150 to 450 meters and is towed by a vessel at a speed of 3-4 knots. And under such conditions, the analytical complex KGAR begins to hear submarines within a radius of 350 km.

In 2025, the US Navy KGAR flotilla of five ships will use up its resource and the ships will have to be changed. We are talking about a series of similar, but more modern ships of six or even seven units. 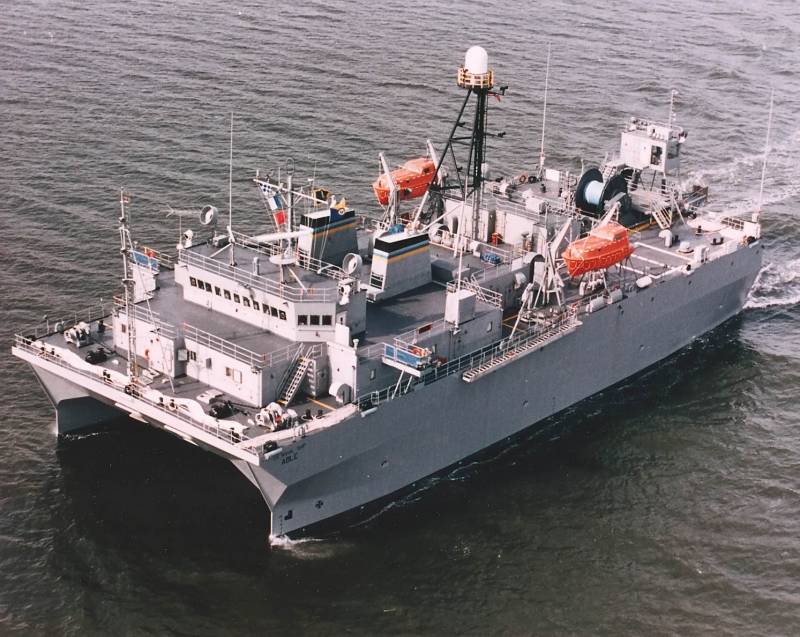 The US military is seriously concerned about China, which is increasing its submarine presence in the western Pacific. In 2020 alone, two more Project 094 submarines with ballistic missiles on board were deployed. Plus, the news that work on a new Chinese JL-2025 missile, which can have a range of up to 3 kilometers and is intended for the new boats of the 12 project, will be completed by 000, did not add optimism.

In general, such a range makes it easy to hit targets in the center of the United States from the Philippine Sea, for example. And that's really a cause for concern.

Therefore, it is completely logical that the American naval forces are vitally interested in the appearance of new ships for early detection and tracking of submarines. In addition, it is much cheaper to drive small ships across the entire Pacific Ocean (as well as to build) than the same frigates and destroyers.

So the year 2025 may well be marked by a new round of confrontation between the American and Chinese fleets in the Pacific Ocean.

By the way, you shouldn't discount Japan. The Japanese fleet today is one of the fastest growing fleets. And given the constant friction with the Chinese, whose submarines are systematically trying their teeth on the Japanese anti-submarine defense (and not without success, by the way), it is not surprising that in March this year Japan put into operation its first new ocean observation ship.

Currently, Japan already has three modern hydroacoustic reconnaissance and tracking ships. The Americans are generous with the Japanese, so the Japanese ships also carry SURTASS. The Japanese fleet is the only fleet in the world, except, of course, the American one, which is armed with an American complex.

Japanese KGAR "Hibiki"
However, in fairness it is worth looking at the Chinese coast. And what about the Chinese in terms of detection?

And the Chinese are all right. Realizing that advanced detection and tracking systems provide very significant advantages, China put its specialists in charge of developing its own KGAR fleet. And today the Chinese Navy has three such ships. And several more are under construction at the shipyards. 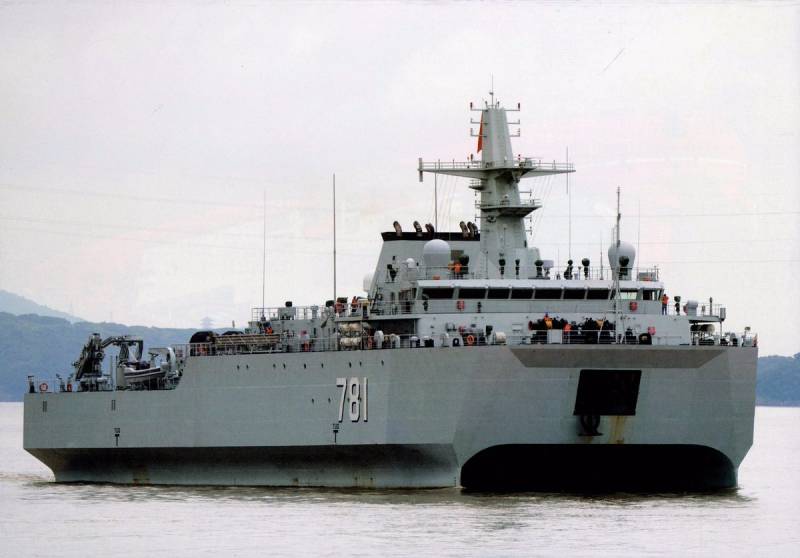 Chinese ships are also made using catamaran technology. Combined with a diesel-electric propulsion system, such ships represent a very difficult target for submarines, since they are extremely quiet ships in acoustics. And directional stability gives the stability that is so necessary for hydrographic surveying and research using sonar and other acoustic equipment. And, of course, to determine the location of submarines.

The Chinese ship has an undeniable resemblance to the reconnaissance ships of the US Navy, which only confirms the parallel development of the Chinese and Americans. The images of the Chinese ships on the decks do not show any signs of the deployment of observation complexes, but this does not mean that they are not there. Of course have. 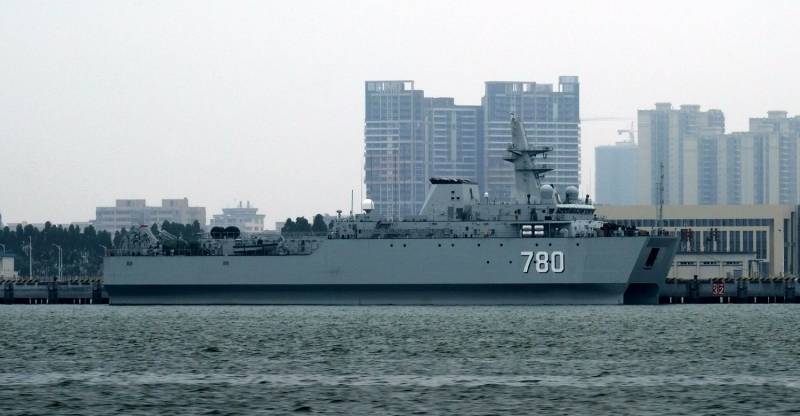 It would be interesting to compare the characteristics of ships and their equipment, but alas, data (especially Chinese) are still unrealistic to find.

The United States views its advanced and low-noise submarines as its main advantage over its potential adversary, China. And they definitely attract their Japanese satellites to work against the Chinese fleet.

However, it becomes clear that in the near future the Pacific Ocean will become an arena of confrontation between submarines and ships hunting them with renewed vigor. Like during the Cold War, when American and Soviet ships were working against each other. Only now there will be Chinese on one side, and Americans and Japanese on the other. 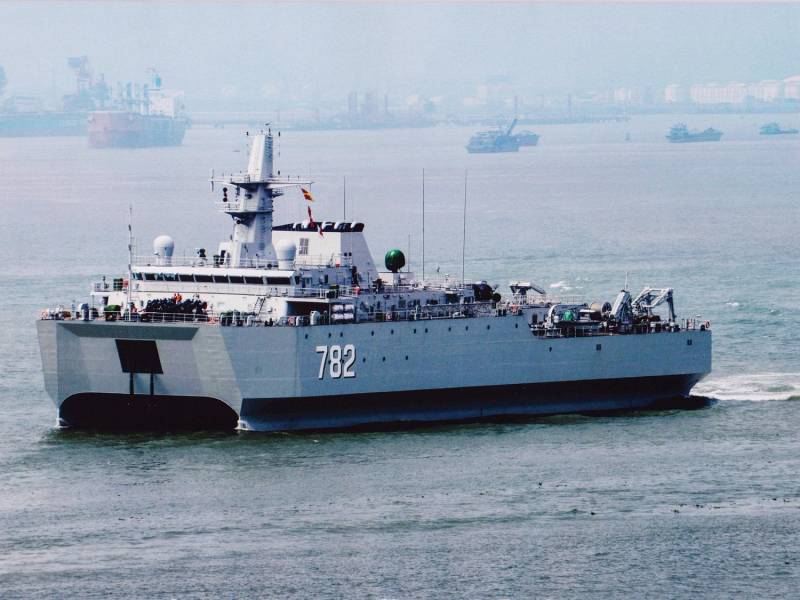 5 American ships and 3 Japanese (plus new American ones, which were discussed at the beginning) against 3 Chinese ones (and a certain number is definitely being built) will make the Pacific Ocean not the most convenient place for submarines.