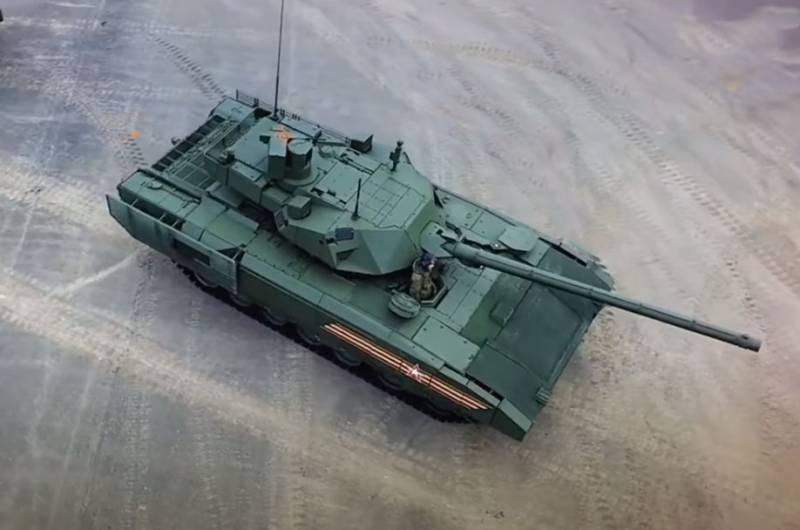 In the Soviet Union, and then in Russia, work did not stop to create new tanks, which could come to replace the existing ones. The most famous of the latest developments are the machines with the working designations "Object 195" and "Object 640". In these projects, the designers proposed new solutions that had not previously been used in tank building, but that significantly improve the characteristics of tanks and their combat effectiveness.


However, as we know, both projects were closed. We will not consider the reasons for this today, but will smoothly move on to the last project that is currently being implemented - the T-14 Armata MBT.

After the closure of work on the promising tanks "Object 195" and "Object 640", information appeared that a number of ideas and solutions that were tried to implement in these projects will be applied to create a promising T-14 "Armata" tank.

Due to the secrecy of all projects, we can only guess what is used in the "Armata" from promising tanks. However, something can still be told based on the available official data, as well as media publications.

Object 195 and Object 640
The first public display of the newest promising T-14 Armata tank took place in 2015. The new tank immediately gave rise to a lot of rumors and assumptions, since there was practically no data about it. However, even in appearance, there was a certain similarity with the developments of the Ural Design Bureau of Transport Engineering from Nizhny Tagil ("Object 195") and the Omsk Design Bureau of Transport Engineering ("Object 640"). Still, the main similarity of all three tanks is located inside.

Although both discontinued projects provided for the reworking of the traditional layout of the tank, enhancing the protection of the crew, the T-14 "Armata" still borrowed most of the ideas from the T-95 "Black Eagle" tank being developed in Nizhny Tagil. In particular, the armored capsule for the crew, isolated from the rest of the vehicle, and the automated fighting compartment are taken from the Object 195. Omsk Object 640, by the way also called the Black Eagle, had a more classical scheme, providing for the placement of the entire crew below the roof of the hull, but there was no isolated armor capsule on it, as well as an uninhabited fighting compartment.

Also, all three projects are similar in layout and chassis design. Unlike their predecessors, they have a chassis with seven road wheels on each side instead of the "traditional" six. This is due to the increase in combat weight and hull size. However, if in the "Object 195" and "Object 640" a "classic" torsion bar suspension was used, at least so it is stated, then on the T-14 "Armata" an active suspension with an automatic suspension system is used, which allows not to significantly reduce the speed of the tank when driving off-road.

But the armament of the T-14 "Armata" was taken from the Omsk project, which, in principle, does not differ from the traditional one. The "Armata" is equipped with a 125-mm 2A82 cannon, as well as two machine guns - coaxial and anti-aircraft. Unlike the Object 640, a 152-mm cannon was installed on the Nizhniy Tagil machine, as well as a 30-mm 2A4 automatic cannon to attack objects for which a 152-mm gun would be redundant.

And, of course, armor protection. Both projects provided for the protection of the tank not only with its own armor using dynamic, but also the installation of active protection. The same method is applied in the Armata tank, the complex of dynamic protection "Malachite" and active protection "Afganit" is added to its armor. In addition, the T-14 has enhanced mine protection of the bottom and is equipped with means of remote disposal of explosive devices. Do not forget that the "Armata" also has the "last frontier" - the armored capsule itself, which protects the crew.

Perhaps not only all of the above was borrowed by "Armata" from its predecessors. We can find out only by looking inside the tank and familiarizing ourselves with its detailed characteristics. But I think this will have to wait for a long time.

At the moment, we can hope that the new generation T-14 "Armata" tank has taken all the best from other projects, and this will allow it to remain one of the most effective tanks in the world for a long time.

Ctrl Enter
Noticed oshЫbku Highlight text and press. Ctrl + Enter
We are
Interview of V. Putin to Channel One and the Associated Press AgencyWhat you didn't want to know about England
Military Reviewin Yandex News
Military Reviewin Google News
56 comments
Information
Dear reader, to leave comments on the publication, you must to register.