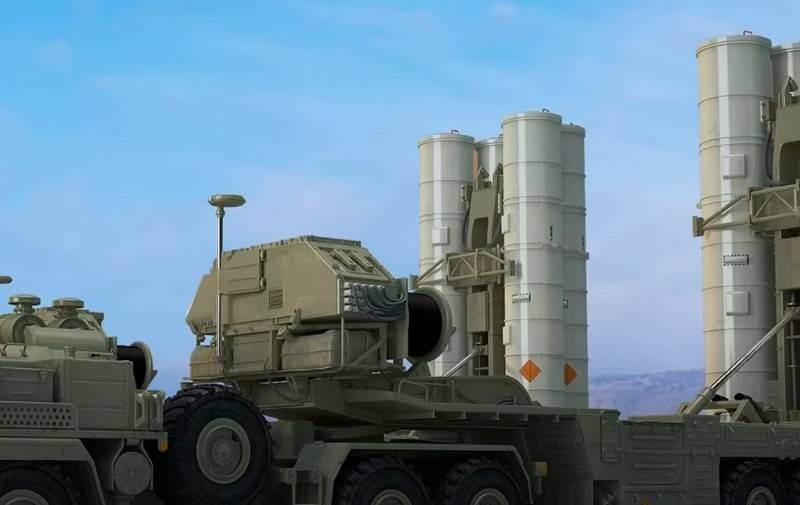 The introduction of the latest S-500 "Prometheus" anti-aircraft missile system into service with the Russian army, together with those already put into service, will allow Russia to create a perfect air defense-missile defense system capable of controlling the entire airspace over the country, including near space. Writes about this Chinese edition "People's Daily".


According to the authors of the article, tests of the latest Russian anti-aircraft missile system S-500 have been successfully completed in Syria. The test results confirmed that the new air defense system is capable of simultaneously shooting down 10 long-range missiles flying at a speed of 18 to 25 thousand kilometers per hour and missiles and aircraft flying at an altitude of 200 kilometers.

Compared to the S-400 air defense system, the S-500 has 50% improved performance, i.e. range and ability to detect objects with stealth characteristics. The Russian complex allows one to gain an advantage over the American fifth generation fighters. The S-500 complex has doubled the speed and height of intercepted targets, which in the future will make it possible to make the complex a single one for the Russian air defense and missile defense system.

The S-500 complex (...) is capable of intercepting almost all air attack weapons in service with the United States. Thanks to the serial production of unified, modular and standardized equipment parts, the S-500 can become a powerful independent system, as well as quickly turn into a special or combined complex, adapting to the combat missions of anti-aircraft, anti-missile, anti-space and anti-satellite defense
- writes the edition.

By combining the level of this air defense system with other existing missile defense systems, Russia will receive a more advanced defense system, which will have a positive effect on Russia's aerospace defense, the authors of the article summarize.
Ctrl Enter
Noticed oshЫbku Highlight text and press. Ctrl + Enter
We are
S-500 "Prometheus" is able to "strike" the program F-35 and the entire US defense industryKA-32 turned Peking duck
Military Reviewin Yandex News
Military Reviewin Google News
26 comments
Information
Dear reader, to leave comments on the publication, you must to register.