Whose money did Hitler use to prepare World War II 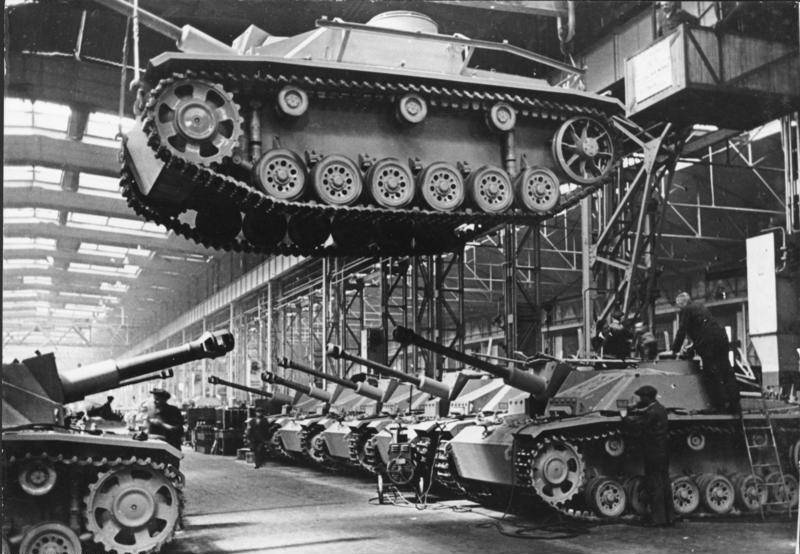 The answer to this textbook question seems to many to be quite obvious: of course, at the expense of German industry tycoons, who at first generously financed the Nazi party and its leader, and later received fantastic super profits from colossal military orders, robberies of occupied countries and slave labor of their inhabitants. By and large, this is, of course, true. That's just not all. Since this simple formula is silent about the main point: where, in fact, in the country that lost the previous world war, did these tycoons get their money?


The relevance of the words said either in the XNUMXth or XNUMXth century by one of the French marshals that war requires "only three things: money, money and money again", in the XNUMXth century not only did not decrease, but rather already increased a hundredfold. In order to create the Wehrmacht, the most motorized, mechanized, well-armed and equipped army of its time, under whose boot almost all of Europe fell, the sums required were absolutely fantastic. But the trouble is: they simply had nowhere to come from in a country that had gone through a cruel military defeat, a revolution and an almost complete collapse of statehood!

Germany owed more than 130 billion marks to the Entente countries. This one was called reparations. Britain, France and other winners of a lesser rank plundered it in a way that robbers on the notorious high road do not plunder their victims. The result: almost 580% inflation and an exchange rate of 4,2 trillion German currency units to one US dollar. However, this situation also had a flip side, which the United States categorically did not like. The fact is that Paris and London by 1921 themselves owed Washington more than 11 billion dollars on war loans. Now it sounds impressive, but then it was generally a prohibitive amount.

In order to pay off this fabulous debt, the British and French had to continue to pull money from the defeated Germans. Just what could be taken from a ravaged country, with a virtually completely stopped industry? To starve the Germans to death? Drive them into the Middle Ages, or even into the Stone Age? The overseas banker did not need this. They needed money, which meant that the German economy had to start working again. It was on the basis of these purely mercantile considerations, first the United States, and then Great Britain, began to implement various plans to restart it: the "Dawes plan", "Jung's plan" and others.

Hjalmar Schacht was behind all these projects to finance the revival of industry in the then Weimar Republic from the German side. This great financial figure began his career in humble positions at the Dresdener Bank, and eventually rose to the head of the Reichsbank and a key figure in the entire economy of the Third Reich. His contribution to attracting foreign investment, which has become a salvation for Germany, cannot be overstated. However, looking ahead, we note that at the Nuremberg trials he was fully acquitted and left the courtroom over Nazism with his head held high.

At the same time, without the mine, Germany, quite possibly, would not have received in just one five-year plan (from 1924 to 1929) amounts equivalent to more than 60 billion gold marks, 70% of which came from overseas. There would be no colossal indulgences in the payment of reparations and much more. However, that "German economic miracle", which by 1927 brought the country to the second place in the world in terms of industrial production, ended exactly two years later - with the beginning of the Great Depression, which tightly "cut off" all credit flows, without which it could not exist.

It would seem that the country will face even more difficult times than a decade ago. By 1932, GDP had collapsed by a quarter, industrial production fell by 40%, and a third of the country's inhabitants were unemployed. It is not surprising that the NSDAP, which had been hanging out in the political "backyards" of Germany, a year later, triumphantly won the parliamentary elections: the desperate, embittered and starving Germans were almost ready to vote for the devil. As a matter of fact, they voted for him ...

What happened next was no longer a miracle. Billion dollar influences in 1933 were made by the United States and Great Britain specifically in the Third Reich and its military industry. However, a very big question is whether it could be considered German by that time. "AND. G. Farbenindustri, Opel, and other industrial giants that made up the backbone of the Nazi military-industrial complex actually belonged to such transnational corporations with headquarters in the United States as Standard Oil, General Motors, Ford and others. They did not invest in someone else's, but in the most that neither is their own. And they continued to invest both after the outbreak of the Second World War, and when the Nazi horde attacked our homeland.

In addition to economic reasons, there was also a political background: the rapidly developing and gaining strength, despite all the crises and depressions, the Soviet Union was an object of common hatred for all "true masters of the world" on both sides of the ocean. And to destroy it, the Rockefellers, Morgan, Dupont and others like them deliberately and purposefully raised the Nazis led by Hitler, and also helped forge the Wehrmacht sword. The fact that events might begin to develop not according to their scenario, they then could not even imagine.

On the other hand ... None of those who invested in the creation and build-up of the military power of the Third Reich, did not remain at a loss (both in Germany itself and abroad). Those without whose money there would have been neither September 1, 1939, let alone June 22, 1941, received their profits in full, but they did not bear the slightest responsibility. However, this is a topic for another conversation.

Ctrl Enter
Noticed oshЫbku Highlight text and press. Ctrl + Enter
We are
Chernobyl notebook. Part of 3Father told
113 comments
Information
Dear reader, to leave comments on the publication, you must to register.