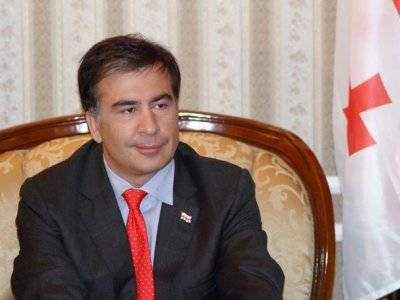 Georgian oppositionist Bidzina Ivanishvili accused President Mikhail Saakashvili of “opposing different groups of the country’s people”. The billionaire said this at a rally of the Georgian Dream coalition in Batumi, many thousands of years ago.

According to him, the head of state “led the country to a dead end with its policy”. Bidzina Ivanishvili accused “Saakashvili of mass lies and an attempt to deceive the population,” stressing that the authorities “are trying to split not only civil society, but also the Georgian Orthodox Church,” ITAR-TASS reports.

Bidzina Ivanishvili accused President Mikhail Saakashvili of “unreasoned statements to the leadership of the Russian Federation,” which, in his opinion, “caused Georgia to lose access to” Russian markets. "Saakashvili, with his undiplomatic and sometimes offensive statements, brought the situation to the point that Georgia lost the opportunity to import its agricultural products to the markets of the Russian Federation. This seriously hit the agriculture of Georgia, the village workers and the country as a whole," he said, promising that "if the Georgian Dream coalition led by him comes to power, it will do everything to return Georgian products to the Russian Federation."

He also added that "Saakashvili is trying to turn Georgia into a testing ground for his thoughtless experiments in various spheres of life." Representatives of the Georgian administration, in turn, called such allegations "opposition PR" against the background of the upcoming parliamentary elections on October 1. The Georgian Dream, created by Bidzina Ivanishvili in April of this year, also intends to participate in the event.