A truce that no one believed in 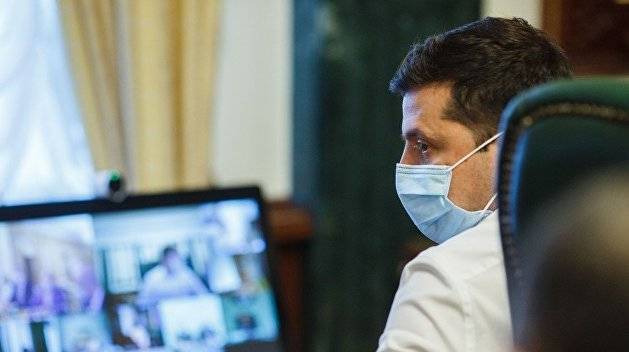 Results of the week

So, despite the general disbelief and outrage on the part of the patriotic public on both sides of the contact line, a week later it can be considered that the truce is more or less respected. Of course, not without violations, and the parties predictably accuse each other of breaking the truce, and the OSCE simply records the shootings, not too eager to name the perpetrators.

In the DPR, the first violation of the ceasefire by the Armed Forces of Ukraine was recorded on July 29, however, according to local residents, the Ukrainian side fires every day, starting on July 27. It's just that republican observers try not to notice these attacks, especially in the LPR they favor this practice.

And it still works

Be that as it may, despite sporadic skirmishes and provocations, the truce, to everyone's bewilderment, works. Of course, this is a great relief, first of all for the residents of the front-line settlements: it has not been so quiet for more than a year and a half. Of course, there is no guarantee that this utopia will last long enough, the carnage could begin at any moment. However, every quiet night is priceless for the war-worn inhabitants of the contact line.

In the meantime, in Ukraine, they habitually shouted about surrender and so that the truce with the "aggressor" would not seem to the Svidomo Ukrainians a betrayal of national interests, they announced another Russian offensive in the fall, and the ceasefire in Donbass was called "an opportunity for Russian mercenaries and militants to leave peacefully." The head of the National Security and Defense Council of Ukraine, Oleksiy Danilov, gave the militia time to leave until November 9, threatening otherwise with "Plan B". What can you not do, just to calm down the nationalists!

Against the backdrop of suddenly effective measures to ceasefire and the demarche of the Deputy Head of the Presidential Administration Dmitry Kozak, who refused to negotiate with the Ukrainian representative Andrei Yermak, thoughts of changing the paradigm of the conflict in Donbass involuntarily arise. I don’t want excessive optimism, but, perhaps, before our very eyes, Russia is switching to a new policy with regard to Kiev, unable to negotiate, which has more than a dozen times proved the futility of any negotiations. Whether it is true or not, will show the truce or the reaction to its failure on the part of the Armed Forces of Ukraine (although traditionally the republics will be blamed).

In principle, if Russia manages to achieve a stable truce on the demarcation line, this will already be a victory and a huge help to the self-proclaimed republics. The absence of shelling and the possibility of obtaining Russian citizenship is far from a victory and not a solution to the painful issue of the future fate of the LPR, but at least these are already milestones, after passing which one can speak of some kind of stability and the presence of a future in the region.

And, of course, if this ceasefire (it is not known which one in a row) collapses, and only “deep concern” follows in response to the provocations of the Armed Forces of Ukraine, the population of the republics will receive another slap in the face, to which many will rush to respond with their feet, migrating to calmer and more comfortable places.

Ctrl Enter
Noticed oshЫbku Highlight text and press. Ctrl + Enter
We are
Situational analysis of the death of the MH17 flight (Malaysian Boeing 777), made on the basis of engineering analysis from 15.08.2014Syria: Americans scare themselves, and Asma Asad buys chairs
Military Reviewin Yandex News
Military Reviewin Google News
36 comments
Information
Dear reader, to leave comments on the publication, you must sign in.