"Listen to India, this is how Rafale fighters are superior to both the Su-35 and the J-20" - Chinese Sohu 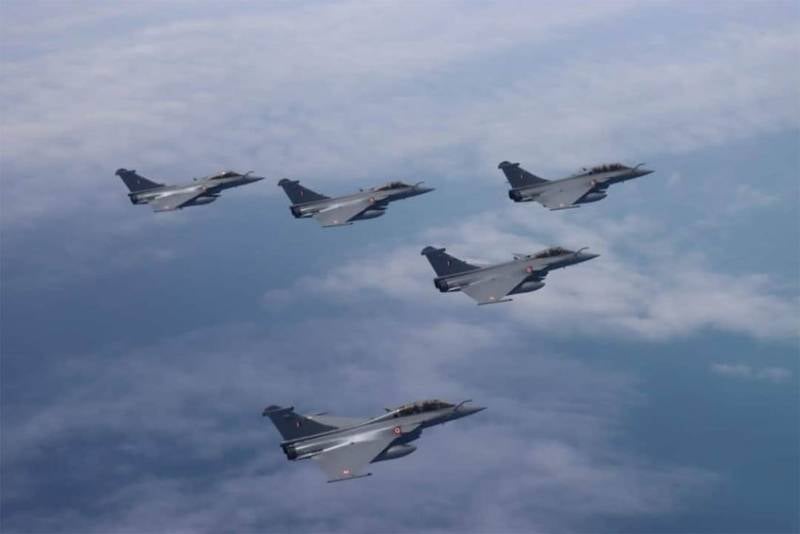 Attention is drawn to the confrontation that flared up with new urgency in the Indian and Chinese media after India received five Rafale fighters. Indian experts say that a "turning point" is now coming in the balance of power in the Ladakh region. For this, it is believed, it is enough to send the planes arriving from France there. In India, they are called generation 4,5 fighters, capable of surpassing the Chinese J-20.


The Chinese press has expressed bewilderment as to why India could suddenly have an advantage over China in the disputed region.

All they do is show off their French Raphael. To listen to India, the Rafale surpasses both the Su-35 and the J-20, which are in service with the PLA Air Force. Of course, we must admit that the Rafale is an advanced fighter. But it seems that India does not understand the differences between generations and the capabilities of fighters at all.
In the Chinese press, they write that those who call the Rafale a fighter of the "quasi-fifth" generation should first of all pay attention to its appearance:

Its design concept speaks for itself. This is a typical fourth generation car. The Indian side can arrogantly declare that it is now invincible in the sky, but still it should have studied the capabilities of 4th and 5th generation fighters more closely.
It is also added that if the Rafale fighters are so good for India, why didn't they sign a contract for more than 100 such fighters at once? Recall that the Indian Air Force is going to buy more than 140 new fighters. We have contracted 36 Rafalei. As for the rest - in deep thought. Applicants include the Russian Su-35 and MiG-35.

Ctrl Enter
Noticed oshЫbku Highlight text and press. Ctrl + Enter
We are
Reports from the militia of New Russia for 27-28 September 2014 of the yearDecember 2010 years. Russian March. Senseless and merciless? Notes not a Russian person
Military Reviewin Yandex News
Military Reviewin Google News
36 comments
Information
Dear reader, to leave comments on the publication, you must to register.