Caesar's Law. The United States signed an agreement with the Kurds on the production of Syrian oil 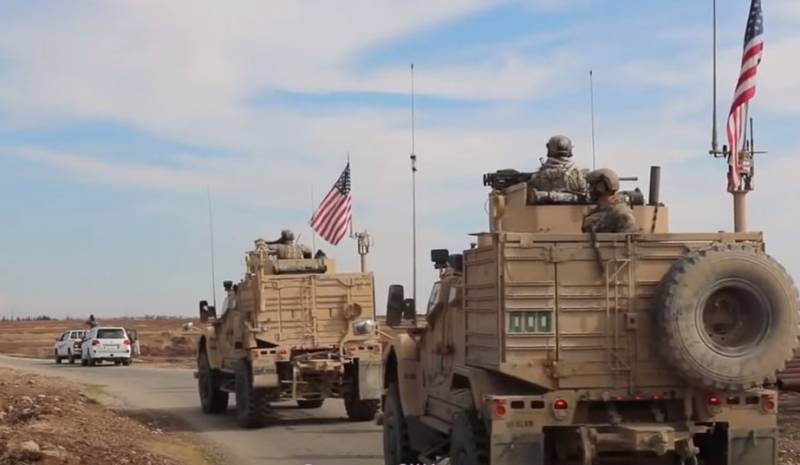 There are reports from Syria that the United States has signed an agreement with the so-called government of Syrian Kurdistan on the production and processing of oil in the northeast of the SAR. The fact of signing an agreement with the "Syrian Democratic Forces" (SDF) is also confirmed by US Senator Lindsay Graham. He is considered one of the main curators of the actual illegal withdrawal of Syrian oil from the turnover of official Damascus in the interests of the United States.

It became known that the equipment for the creation of two modular oil refineries will be delivered from the USA to the northeast of the SAR. In the places of their construction, there is already an American military contingent, as well as representatives of the Kurdish armed formations.

Lindsay Graham said that he held talks with the Kurdish General Mazlum. It also became known that the deal with the SDS was fully controlled by the US State Department.

The agreement was signed against the backdrop of Washington's imposition of a new package of sanctions against the Syrian authorities, including President Bashar al-Assad. Sanctions against the Syrian government in the United States are called "Caesar's law." At the same time, it is once again noted that the United States "does not consider the Assad regime to be legitimate." The deal with the Kurds is considered part of this US law.

According to the latest information, the Americans are exporting oil produced in Syria to Iraqi territory. At the same time, the Kurdish forces get the real crumbs from oil production - the funds on which the United States arms the Kurdish groups. The bulk of the proceeds from the actual smuggling of oil goes to American companies.
Ctrl Enter
Noticed oshЫbku Highlight text and press. Ctrl + Enter
We are
Reports from the militia of New Russia for 27-28 September 2014 of the yearYuri Drozdov: Russia prepared the role of the sacrificial calf
Military Reviewin Yandex News
Military Reviewin Google News
69 comments
Information
Dear reader, to leave comments on the publication, you must to register.