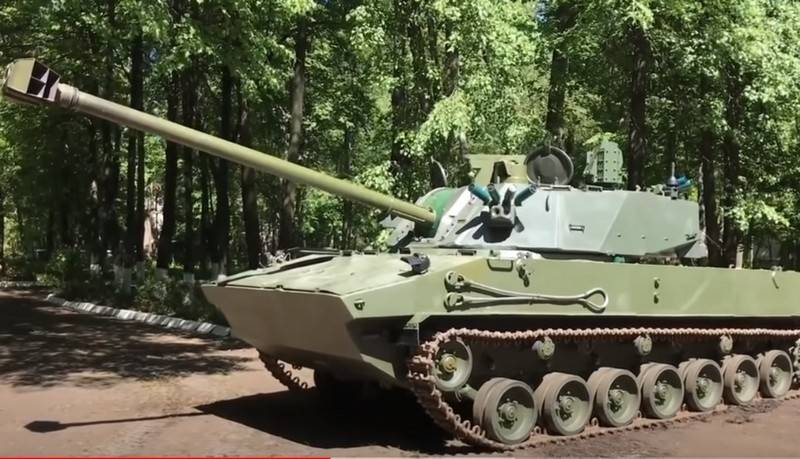 The newest self-propelled artillery gun "Lotos", developed in the interests of the Airborne Forces, has entered acceptance tests. Reported by RIA News with reference to a source in the DIC.


According to the news agency, the 120-mm CAO has already passed bearer tests and is currently undergoing acceptance tests, during which the military at TsNIItochmash take a sample and give an opinion on its readiness for preliminary tests.

As part of the tests passed, the newest self-propelled gun covered 80 kilometers and fired 14 shots. Of the 57 points of acceptance tests, Lotus still has seven more to carry out, including checking the stoppers, navigation systems, and weighing to determine the combat weight
- said the source.

Recall that a prototype of a 120-mm self-propelled artillery gun was first shown on the move in early June last year. Today, i.e. On August 1, 2020, a dynamic demonstration of the "Lotus" to the public was made at the Alabino training ground (Moscow region) as part of the celebrations dedicated to the 90th anniversary of the Airborne Forces (Airborne Forces).

CJSC "Lotos" is designed to replace self-propelled 120-mm self-propelled artillery and mortar units 2-9 Nona and its modifications that are in service with the Airborne Forces.
Ctrl Enter
Noticed oshЫbku Highlight text and press. Ctrl + Enter
We are
The developers of the CJSC "Lotus" for the first time showed a tool in dynamicsThe latest self-propelled gun of the Russian Airborne Forces "Lotus" can shoot NATO mines
Military Reviewin Yandex News
Military Reviewin Google News
61 comment
Information
Dear reader, to leave comments on the publication, you must to register.