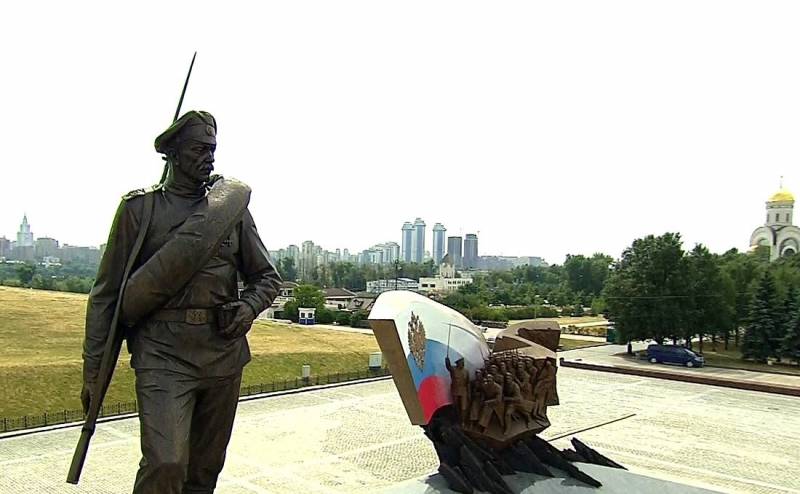 On the first day of the last month of summer, August 1, Russia remembers its soldiers who fell on the fields of the First World War.


Although this worldwide military conflict began on July 28, 1914, when Austria-Hungary began military operations against Serbia, it was on August 1 that Germany declared war on Russia and invaded its territory. The same fire began, in which both the Russian and German empires burned down, and at the same time Austria-Hungary and the Ottoman Empire ceased to exist. And if for most countries of the world the worst ended with the end of the war, for Russia everything was just beginning. She had to endure two more revolutions in 1917, which marked the beginning of the brutal and bloody fratricidal Civil War.

After all these events, Russia still managed to revive its single state, albeit in an abridged version.

In World War I, Russia lost from 700 thousand to 1,7 million of its citizens. In terms of the number of victims of this war, our country took second place after Germany. Despite the scale of the events of those years, the USSR hardly remembered them, calling this war an imperialist one.

Only on December 30, 2012, the Federal Law established that August 1 be included in the number of Days of Military Glory and celebrated as the Day of Remembrance of Russian soldiers who died in the First World War.

Be that as it may, these soldiers and officers gave their lives for their Motherland - the Russian Empire, fighting against the enemy invading its territory. Eternal memory to you from descendants. We remember and honor your immortal feat for the sake of Russia.