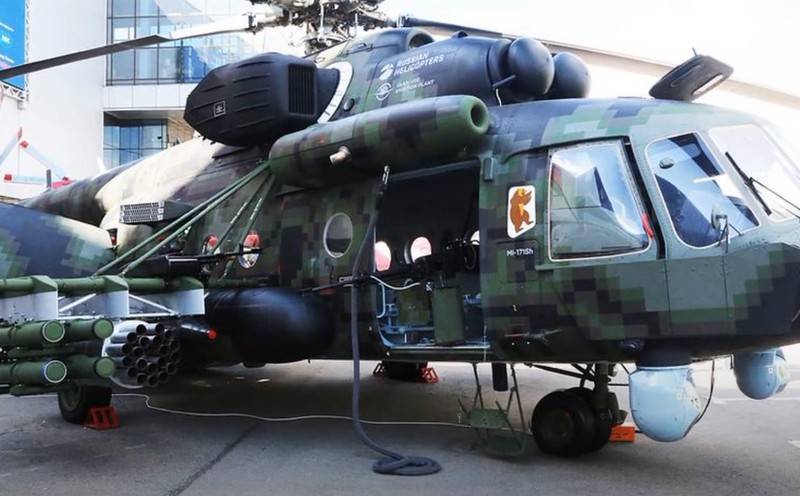 
According to Boginsky, the military plans to purchase a large batch of helicopters to equip the special forces, negotiations on this topic are underway. The general director of Russian Helicopters did not give any details of the new deal.

Earlier, the Russian department signed a contract for the supply of 10 Mi-8AMTSh-VN helicopters in modification for special operations forces (SSO). The agreement was signed within the framework of the Army-2019 international military forum.

At present, the Mi-8MTSh-VN transport and combat helicopter has entered the flight test stage; at the end of the year, two more flight models will join the flights.

Ctrl Enter
Noticed oshЫbku Highlight text and press. Ctrl + Enter
We are
Transport-combat Mi-8AMTSh-VN began flight testsThe 20 rating of the largest arms deals, decisions on which were made in 2012
Military Reviewin Yandex News
Military Reviewin Google News
16 comments
Information
Dear reader, to leave comments on the publication, you must to register.