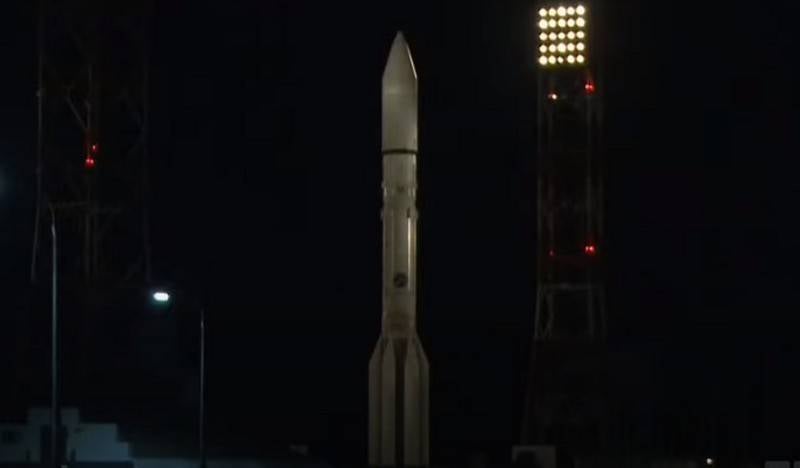 The Russian Proton-M launch vehicle, launched from the Baikonur cosmodrome, launched the Briz-M upper stage with the Express-80 and Express-103 telecommunication satellites into orbit. This was reported on the website of "Roscosmos".


The rocket was launched at 00:25 Moscow time. time from the launcher No. 39 of the site No. 200 of the Baikonur cosmodrome. The launch took place as usual. The rocket is supposed to launch Russian middle class telecommunications spacecraft into an intermediate orbit. At 00:35, the Briz-M upper stage separated from the third stage of the rocket, the launching of satellites into the target orbit with a minimum altitude of 16,6 thousand kilometers and a maximum of 54,9 thousand kilometers will be carried out due to the operation of the upper stage engines.

According to Roskosmos, the rocket was launched on a reserve day. The launch was postponed from July 30 to July 31 for an additional check of components and assemblies due to remarks that arose when checking the control system of the upper stage "Briz-M".