Armenia against Azerbaijan. The West explained why an air campaign is impossible 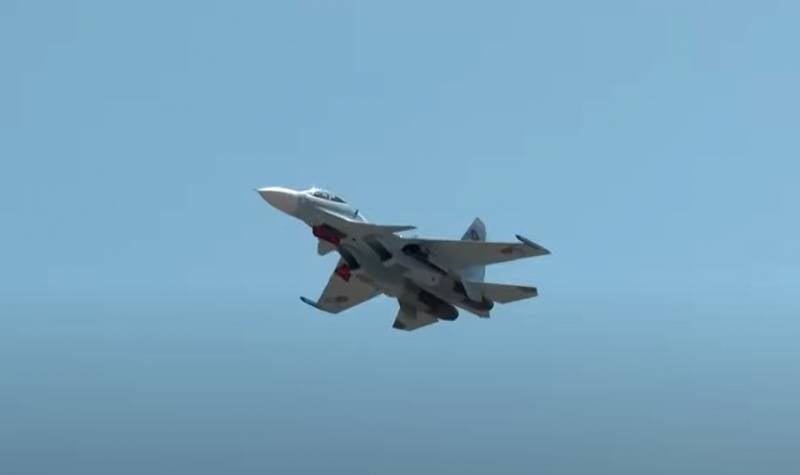 The recent resumption of hostilities in the Caucasus has attracted the attention of global military analysts. In particular, the ratio of the air forces of Armenia and Azerbaijan is of interest, especially in the light of the acquisition of Russian Su-30SM fighters by Yerevan.


According to the Italian edition of Analisi Difesa, in the event of further escalation of the conflict, aviation inevitably. In this regard, expert M.Sparatsino tried to assess the potential of the air forces of the two countries.

The composition of the Armenian Air Force is rather modest
- thinks the analyst, pointing out that after the collapse of the USSR, Yerevan inherited a small share of aircraft and helicopters, some of which were lost at the beginning of the war in Nagorno-Karabakh.

According to The Military Balance, in 2020 the Armenian aviation was represented by the following aircraft (56 units in total): 14 Su-25 / UBK attack aircraft, 1 passenger Airbus A319CJ, 4 L-39 training aircraft, 11 Mi-24P / R attack helicopters / K, 10 multipurpose Mi-8MT, 2 Mi-9 [aerial command post] and 7 Mi-2. In addition, it is indicated that there are 40 locally produced drones X-55, Baze and Krunk. To this should be added 4 Su-30SM that did not have time to enter the reporting.

Undoubtedly, Yerevan still needs new planes and helicopters, since at present it is impossible to conduct effective and long-term combat operations with such a number of equipment.
- the expert believes.

He believes that progress in this matter began with the delivery of the first Su-30SM: in total, it is planned to order 12 or even 16 vehicles (according to local sources).

The first Su-30s were greeted by the entire community with great pride
- writes the author of the Western edition.

According to him, Russia's significant military presence in Armenia (S-300 and Buk-M2 air defense systems, MiG-29 fighters, Mi-24P and Mi-8MT helicopters and about 4000 soldiers, including an army brigade) “allows Yerevan to plan the rearmament of its air fleet without much anxiety. " 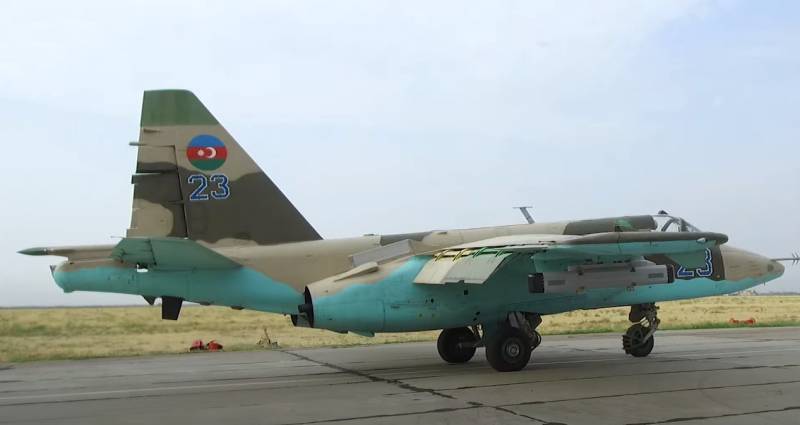 Lots of drones, but little use

The Azerbaijani Air Force quantitatively exceeds the Armenian one, but practically does not contain modern aircraft. They are of Soviet origin or were augmented by modernized Soviet aircraft and helicopters made in Ukraine and Kazakhstan in the early 2000s.
- the author notes, pointing out that most of the pilots did not lose their skills through training in Turkey, Germany and the United States.

Baku has problems similar to those of Yerevan in terms of the quality of its air force and sooner or later it will have to clear its fleet and start replacing several outdated aircraft
- supposes Sparacino.

According to him, Baku is currently eyeing several types of aircraft: Russian Su-35 and MiG-35 fighters, Italian UBS M-346 (in particular, in the version of the M-346FA light fighter) and Pakistani JF-17 fighters.

A high-quality update of the Azerbaijani Air Force should be at the top of the list of priorities for Baku, since if it surpasses Yerevan in terms of the amount of funds, it is inferior to it in modernization: Armenia has already acquired modern Su-30SM multipurpose fighters of the 4+ generation
- the expert believes.

At the same time, the West indicates that the sky of Azerbaijan is covered by the S-300, Barak 8, Buk-M1 and Tor-M2E air defense systems.

In conclusion, neither Armenia nor Azerbaijan have sufficient forces to conduct an effective and long-term air campaign.
- notes Sparacino, pointing out that this requires a serious modernization of the Air Force.

At the same time, he says, Moscow is interested in ensuring that there is no bloodshed in this region:

Russia’s heightened interest seems to be to stay calm and ensure that the two competitors can focus their efforts on the rearmament standoff by acquiring new platforms and systems.
Ctrl Enter
Noticed oshЫbku Highlight text and press. Ctrl + Enter
We are
In St. Petersburg, the presidents of Azerbaijan and Armenia with the mediation of Vladimir Putin discuss the issue of resolving the conflict in Nagorno-KarabakhNew war in the Caucasus be?
Military Reviewin Yandex News
Military Reviewin Google News