July 31 2020
84
In this section we talked a lot about airplanes. We disassemble, sort out, discuss. Cannons and machine guns were under consideration. Probably the case when it's just time to talk about motors. The ones that instead of the heart, but very fiery in the truest sense of the word.


It is clear that you will have to speak twice, or even more, because the engines were different. Reciprocating, rocket and turbojet, liquid and air cooled and so on.

Today we will focus on air-cooled piston engines. Let's make such a kind of rating, since everyone loves this business so much.

I personally have a very respectful and reverent attitude towards the airmen. And in general, these are the workers of that war. And the best planes of World War II flew on air-cooled engines. Okay, almost everything. There were also very decent models in the family of liquid-cooled motors, but we will talk about them next time.

And now we have air-cooled motors that propelled WWII aircraft in the sky. 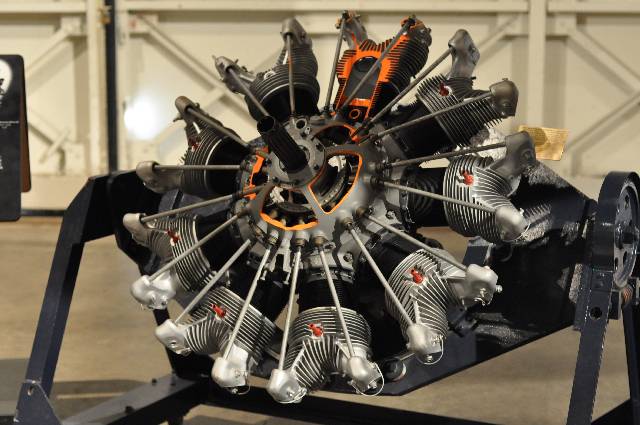 This engine in its homeland in the United States was produced in number less than 3. Nevertheless, it is one of the engines that played a very significant role in stories world aviation... After all, it was the Hornet that became the progenitor of the German engine BMW.132 and all subsequent air vents of this company, the Japanese Kinsei, the Italian Fiat A.59R.

The total number of variations of the Hornet made in other countries was close to 100 thousand. 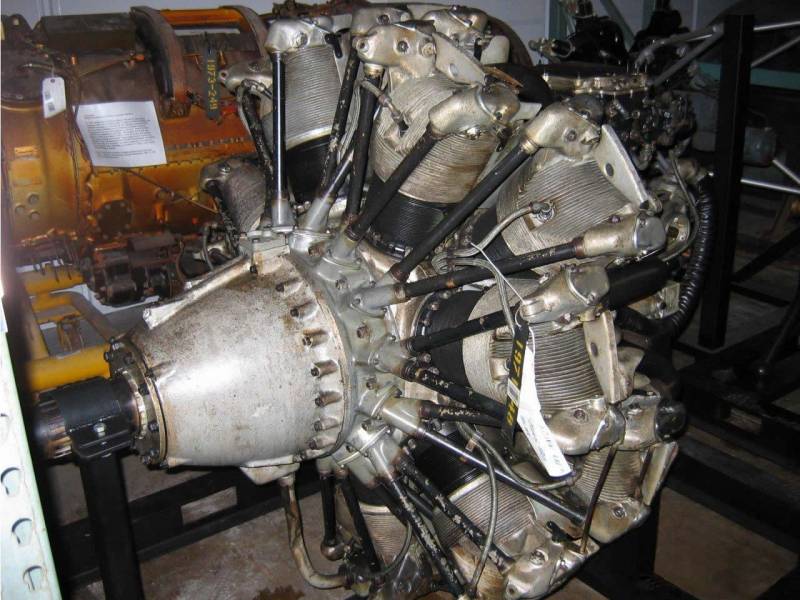 In 1934, Mitsubishi bought the right to license the production of the American radial engine Pratt & Whitney R-1690 Hornet. And then the Japanese did a lot with this 9-cylinder engine: they added a second row of cylinders, albeit reducing the number of cylinders in a row from 9 to 7. And the result was a 14-cylinder double-row star, on which Japan fought the entire war. Not very successful, true, but nonetheless.

The Germans from BMW, who also bought this engine from the Americans and produced it under the BMW 132 brand, helped the Japanese a lot.

The first version was the Kinsei 3 engine, which did not differ much from the original Pratt and Whitney R-1689 Hornet. Engine power 840 hp from.

During the period from 1935 to 1945, the engine went through many modifications and as a result, the last was the Kinsei 62, a direct injection engine with a centrifugal compressor with two speeds, with an afterburner system similar to the German MW 50. Maximum power 1500 hp. from.

A total of 12 engines of all modifications were produced. 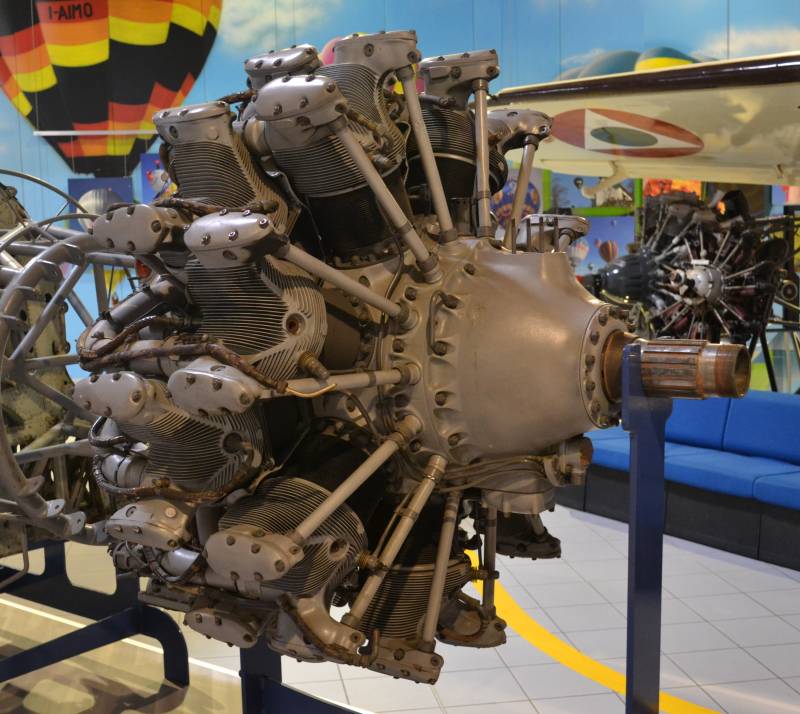 In general, there was not much to write about this engine, because it is a licensed Pratt & Whitney R-1535 Twin Wasp Junior, for which Fiat acquired a license.

However, there is a case when the copy turned out to be even better than the original. The Italians, who, well, cannot be blamed for wealth, did the impossible: they simplified the engine technologically so much that its cost price dropped by half. And - unbelievable, but true - performance characteristics did not suffer.

The A.74 family was produced in large batches. This engine was installed on Fiat, Macci, IMAM fighters.

Its most remarkable property is that all the simplifications of the engine went to its advantage. A.74 started up on frankly low-quality fuel, was not afraid of either heat or frost, felt great in the dust of the Libyan desert, it was very easy to repair and maintain.

A total of 9 A.316 motors were manufactured. 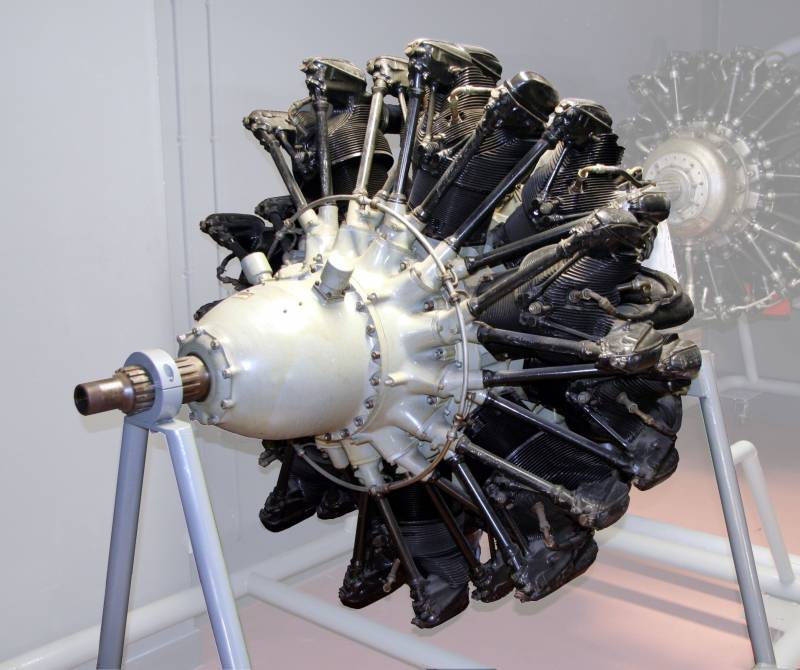 Probably the most successful French air vent. It was used mainly on the Bloch, Farman and Amiot bombers, as well as on the Polish PZL.43 Karas. The Germans also did not disdain the engine, the miracle transport "Messerschmitt" Me.323 carried six just such engines.

A very rational engine with an advanced valve system.

In total, almost 10 engines of all modifications were produced. 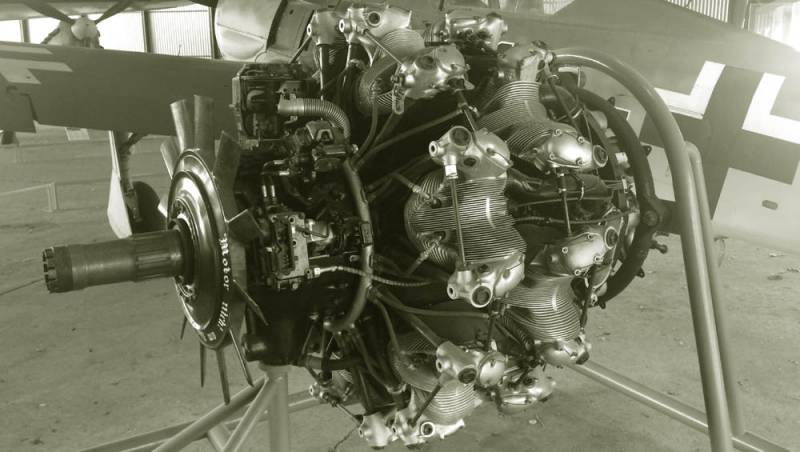 This is also an introduction to the Hornet motor by Pratt and Whitney, but the Germans, even though they started working on the motor earlier, went much further.

The Germans made the engine a 14-cylinder, radial, two-row. The Japanese were not immediately able to inject, but BMW engineers had no problems. So the engine had a rated power of 1460 hp. and takeoff 1 hp.

Compared with American and Soviet (!) Similar engines, the engine from BMW was WEAK!

The explanation is simple: the Germans did not have enough oil at their disposal, or rather, 100% of the oil was imported. Therefore, the engine was designed for low-octane (by aviation standards) gasoline with a number of 95. Low-octane fuel also forced developers to play with supercharging, which also affected power.

The rest of the engine was pretty good.

The motor and the propeller were controlled by an automatic machine, which provided control of the propeller group with a single lever. Depending on the position of the gas sector, the machine selected boost pressure, fuel supply, ignition timing, supercharger speed switching and propeller pitch.

This assault rifle largely compensated for the lack of power in combat, providing the pilot with more opportunities to react in combat.

Many aircraft models from Blohm & Voss, Dornier, Heinkel, Junkers, and, of course, Focke-Wulf were equipped with BMW 801 engines.

The most famous aircraft carried by the Bavarian engine were the Focke-Wulf FW.190 and Junkers Ju.88. In principle, these two combat vehicles are enough to give an understanding of how good the engine was, made in the amount of more than 50 copies. 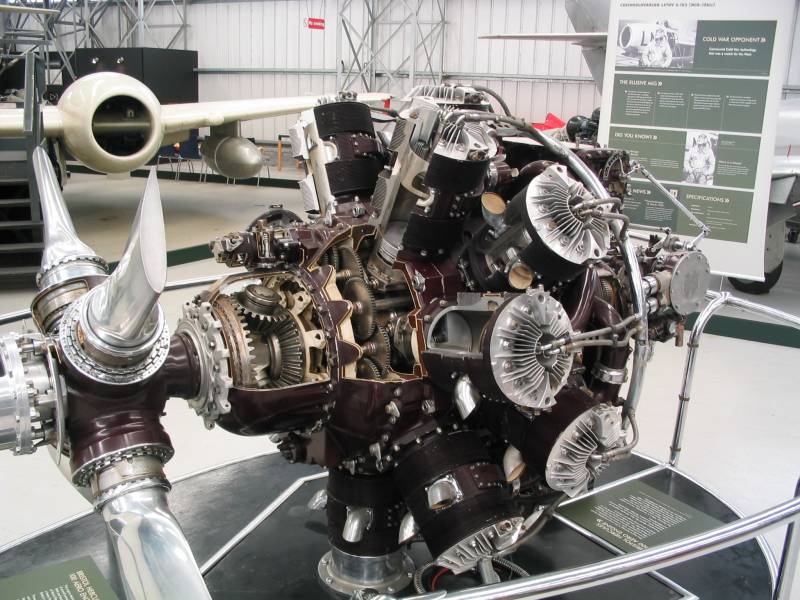 The loser duckling Perseus has turned into a real Hercules. A beast of beasts, capable of carrying both fighters and bombers. Yes, the Centaur was even cooler, but it only went into production in 1944. Until that time, the main British airman was the Hercules.

"Beaufighter", "Lancaster", "Stirling", "Wellesley", "Wellington", "Halifax" are mainly the names of bombers. Nevertheless, it was the steady and reliable operation of the Hercules that provided the British Air Force with the ability to operate in Germany, disrupting the work of numerous factories.

A total of 57 copies were produced. 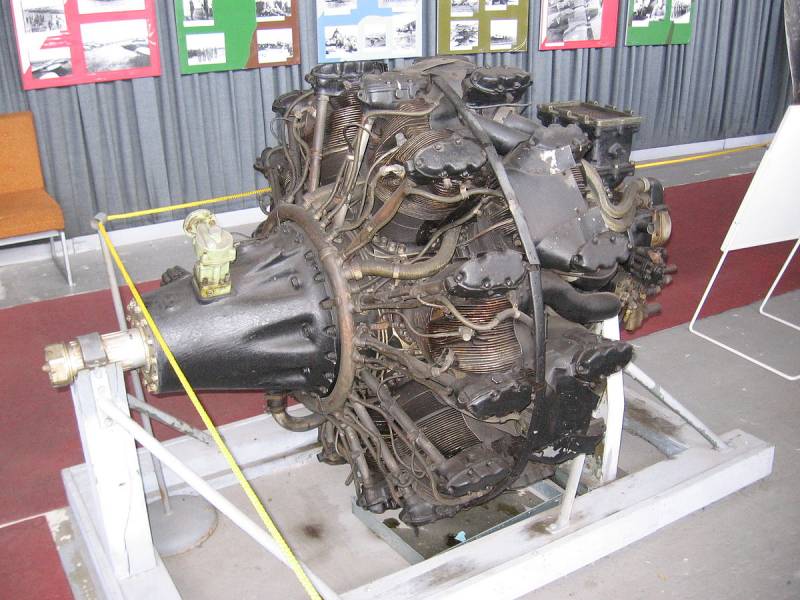 Doubling the stars of the M-62 engine with a decrease in the number of cylinders in a star from 9 to 7 was the standard move at that time. The Germans did it, the Japanese did it, Shvetsov did it. Moreover, the M-62, which had left the father of the Cyclone of the American company Wright, was quite a normal engine.

Accordingly, the M-82 was not supposed to be any worse. And he was not.

The result was a very reliable and unpretentious engine, the only drawback of which was good cooling. Accordingly, the M-82 cabin was warm from the heart. Any.

Naturally, the ASh-82 went down in history as a motor weapons Victory, that is, the Lavochkin La-5 and La-7 fighters. But, in addition to the famous ASh-82 fighters, he carried Pe-8, Su-2 and Tu-2 quite regularly, which testifies to the versatility of the engine. The most interesting thing is that after the war, ASh-82 continued to lift everything into the sky. Fighters La-9, La-11 and Yak-11 quickly gave way to jet engines, but the passenger Il-12 and Il-14 (especially) carried passengers on civil flights for a very long time.

Well, the fact that the engine also became a helicopter on the Mil Mi-1 and Mi-4 machines, says ... But what can I say, it was a great engine! 70 units is not a joke, it is a recognition of its quality and capabilities.

And in the history of Soviet engine building it became the first engine with direct fuel injection in the ASh-82FN version. 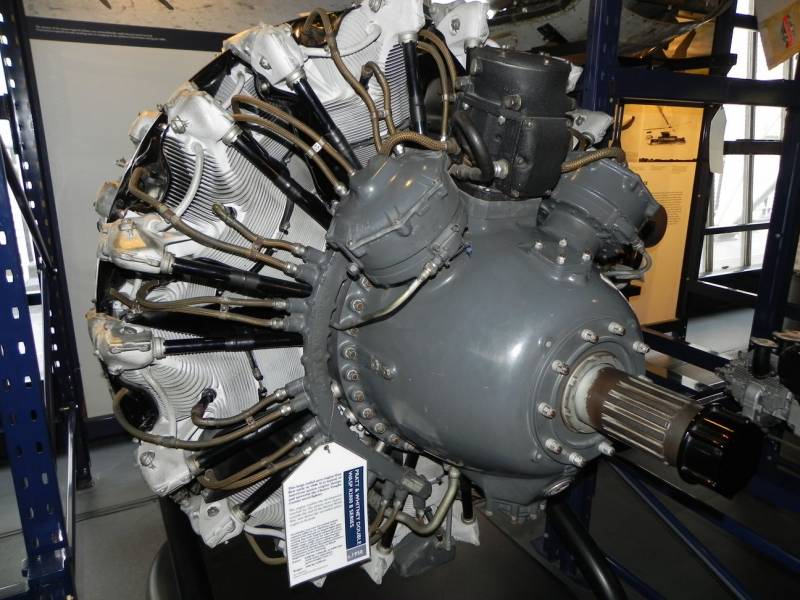 It is a masterpiece. I put the Soviet engine no less than the ASh-82, if only because in the USSR in the 30s there was not even a tenth of the capabilities that American engineers could use.

But Double Wasp is still a masterpiece of engineering. The main engine of the Allied Air Force in World War II.

List of aircraft equipped with this engine. Is the list of winners. Republic P-47 "Thunderbolt", Chance Vought F4U "Corsair", Grumman F6F "Hellcat", Grumman F8F "Bearcat". These are fighters. Bombers Martin B-26 "Marauder" and Douglas A-26 "Invader".

After the war, the Double Wasp, just like the ASh-82, did not leave the stage and regularly carried passenger aircraft. Douglas, Convair, Martin were all friends and Double Wasp.

The last engines were produced in 1960. A little less than 125 copies were made in total.

Summary. The Americans were definitely the trendsetters and trends in the development of air-cooled aircraft engines and the leaders. The rest copied, caught up, but, alas, nobody managed to overtake. Although ASh-82 and BMW.801 can be considered very good attempts.

It's hard for me to think of what motors could be produced in the Soviet Union, if we had at least 20% of American technologies and theoretical base of designers, with such specialists as Mikulin and Shvetsov. But, alas, it turned out as we know.

On the other hand, someone may have a different opinion, so here is a bunch of motors, everyone can arrange them in the order they see fit.