The Northern Fleet will receive a project 23040 diving boat 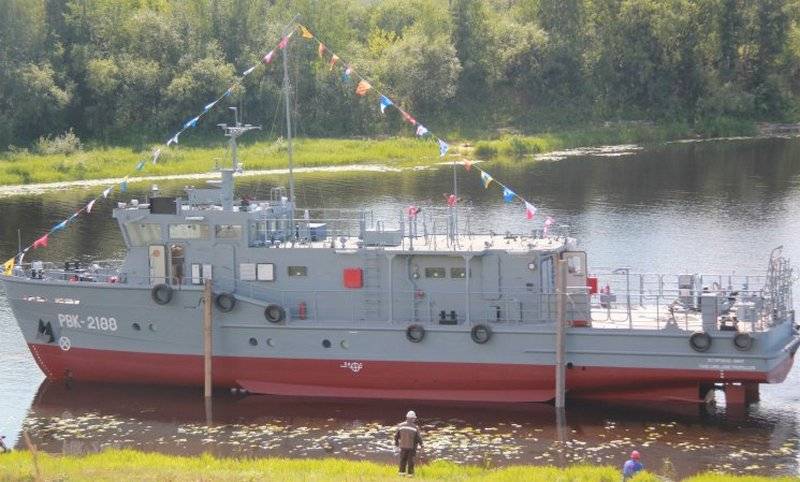 The Northern Fleet will soon receive the next Project 23040 harbor complex rescue boat. The launching ceremony of the boat took place at the Nizhegorodsky Teplokhod shipyard. The press service of the enterprise reports.


The launched boat was named in honor of Pavel Simonov, the first head of the department for lifting sunken ships in the North Sea and in the Murmansk region. After completion on the water, the boat will undergo the necessary mooring, sea and state tests, after which it will be transferred to the Navy. According to the plans of the enterprise, the boat should arrive at the Northern Fleet by October 25 this year.

Diving boats of project 23040 have proven themselves as part of the Northern, Pacific, Baltic fleets and the Caspian flotilla... Along with the performance of diving operations at depths of up to 60 meters with sea waves of up to 3 points, the new generation is capable of performing search operations using a small-sized remote-controlled unmanned underwater vehicle and a towed sonar.

In addition, 23040 boats can effectively extinguish fires on ships and ships, floating and coastal facilities up to 30 meters, pump out water from an emergency ship and provide power to the ship or ship de-energized as a result of the accident.
Ctrl Enter
Noticed oshЫbku Highlight text and press. Ctrl + Enter
We are
Two new diving boats entered the Northern FleetThe first rescue boat for the Russian Navy launched in Nizhny Novgorod
Military Reviewin Yandex News
Military Reviewin Google News
33 comments
Information
Dear reader, to leave comments on the publication, you must to register.