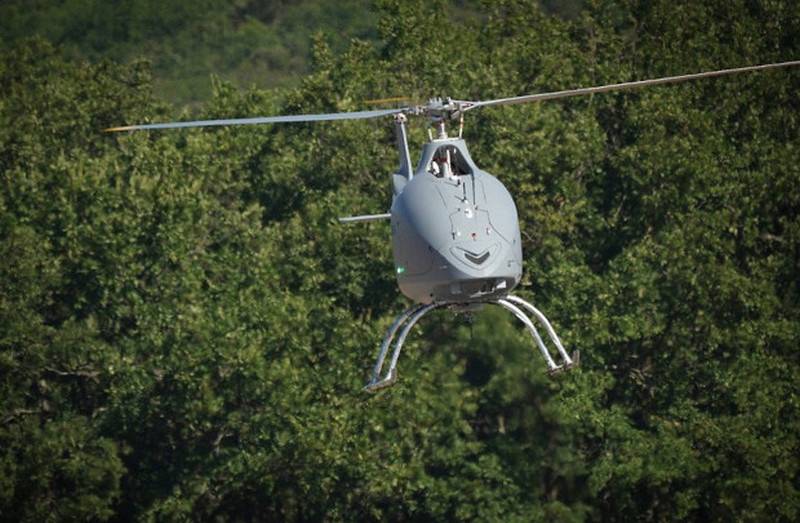 A promising deck reconnaissance unmanned helicopter VSR700, developed in the interests of the French Navy, made its first free flight in Aix-en-Provence in southern France. Before that, all flights were carried out on a safety harness.


According to the press service of the Airbus concern, which is developing the drone, the free flight of the drone lasted ten minutes and was considered completely successful. At the same time, it is emphasized that the tests were carried out by a full-fledged flight model of the drone, and not equipped with remote control systems and autonomous flight, the Cabri G2 helicopter, on the basis of which the drone was developed.

Flight tests within the framework of the VSR700 development program have been carried out since 2017; since November last year, a full-fledged flight model of the drone has begun. Tests are progressing slightly behind schedule due to the coronavirus pandemic. The car received modified automatic flight systems. In the space where the pilots were located, the onboard equipment was placed, and the glazing of the cockpit was replaced by technical panels

According to available data, the Guimbal Cabri G700 manned twin helicopter served as the basis for the VSR2. The drone is able to stay in the air for up to ten hours without recharging and can cover the distance to 185 km. The carrying capacity is 250 kg, the length is 6,3 m. The diameter of its rotor is 7,2 m, and the maximum speed VSR700 is 160 km / h. In the future, the drone should be part of the armament of the ships of the French Navy class frigate and destroyer.

Demonstration flights from the deck of the ship are scheduled for 2021.

Ctrl Enter
Noticed oshЫbku Highlight text and press. Ctrl + Enter
We are
In France, the flight tests of a helicopter type drone VSR700Reports from the militia of New Russia for 27-28 September 2014 of the year
Military Reviewin Yandex News
Military Reviewin Google News
5 comments
Information
Dear reader, to leave comments on the publication, you must to register.