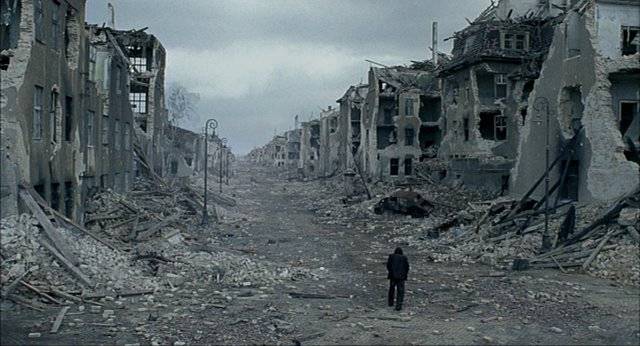 Death of the city. A still from the film "The Pianist" based on the recollections of the Polish Jewish pianist Vladislav Shpilman

Historical and the political assessments of the decision to provoke an uprising in Warsaw in August 1944 are so multifaceted and contradictory that it is impossible to bring them under any common denominator and will hardly be possible in the near foreseeable future. Despite all the absurdity of the political attitudes of the uprising and the horrors of its military defeat, it is still popular among the army of enthusiasts. His critics often use the ominous word "crime". The heaps of radio messages exchanged between Warsaw and London during the days of critical decisions are investigated. The memoirs of the participants in the events have been published. The calculations of Generals Tadeusz Komorowski (Boer), Antoni Khrushchel (Monter), Stanislav Jankowski (Sobol) and objections of Colonel Jerzy Kirchmeier are known for certain. The facts are known ... They in no way change the extremely opposite opinions in their assessment. You can argue about them endlessly.

One, however, the factor of those events is invariably lost against the backdrop of these disputes, at least not popular with either historians or politicians. Let's give a voice to the famous Polish publicist, Stefan Kiselevsky (Kissel):

Gene. Tadeusz Pelczynski ("Grzegorz"): The actual inspirer and commander of the uprising, because the Boer did not command much there. I only met him in 1957 in London. He called me and said he wanted to meet. We met, and by the way, he was an officer of the "Two", that is, intelligence. And right off the bat, he began to interrogate me professionally:
- Did you serve in the army?
The answer is:
- Served.
- What regiment?
- In such and such.
- Um, who is Turovich?
- Editor.
- Did he serve in the army?
I say:
- No, as far as I know.
- Why not?
- I do not know why.
- Did Stomma serve in the army?
Finally I got tired of it and say:
- General, and now I want to ask you a question.
And he said:
- Please.
And I told him:
- You know ... Piano, tuxedo, father's library ...
He says:
- What?
And I:
“Lost in the uprising, and I want to know why.
And then he got angry:
- Because you are a demagogue! “And something else about my ancestry.
We parted without saying goodbye. He was a decent man, but whatever you say, he destroyed Warsaw.
Piano, tuxedo, father's library ... Short and angry. When deciding on an armed uprising, regardless of whether it would be short-lived, as Boer Komorowski expected (it is not known on what basis), or last, as it turned out later, for two months, one had to reckon with the destruction of the material civilizational structure of a large European city. Obviously, it was impossible to foresee the planned and systematic destruction that the Germans, out of a thirst for revenge, carried out after the surrender of the rebel forces. But huge losses were inevitable. Meanwhile, in the reasoning of the ideologues of the uprising, one does not at all show concern about this issue. The prospect of the destruction of the seven-century cultural heritage, the achievements of generations of tens of thousands of Polish families, sights, archives, libraries did not horrify any of them. The value of urban quarters was considered from a purely military point of view: in the categories of strongholds, firing points, areas of concentration of units, etc. There is nowhere a word about cultural values, masterpieces of art, about civilizational achievements created by generations of workers.

Let's go through the pages of history.

It was 1814, and Napoleon's opponents took Paris. The emperor was determined to recapture the French capital, to fight in the city, and issued the appropriate orders to Marshal MacDonald.

Arriving at Fontainebleau, the emperor began to gather troops for an attack on Paris ...

MacDonald admitted that the surrender of Paris overwhelmed and humiliated him, but before Napoleon understood his words as approval of plans to attack the city, the Marshal declared that his soldiers did not want to turn Paris into a second Moscow. Then he gave a detailed description of the unenviable state of his troops and suggested what would happen to them if they encountered colossal enemy forces in the open field.

Ney promised to give a speech to Napoleon, and two veterans volunteered to accompany him: Lefebvre and Monsey. They immediately went to the emperor, the others began to wait for them on the terrace.

Napoleon accepted the marshals and tried to persuade them to his plan, but Ney refused on behalf of the others. Realizing that it was hopeless to call these people with him, Napoleon threatened to turn directly to the army. Then Ney flared up. "The army," he shouted, "will not go! The army will obey its marshals!"

In the old days, this would have been followed by an explosion that would have swept everyone out of the room, but now there is only a thoughtful pause. Then Napoleon quietly said: "What do you want from me?"

The question was addressed to all those present. And they answered him without hesitation: "Renounce."

But these people - among the marshals there were Jean-Etienne MacDonald, Michel Ney, Louis-Alexander Berthier, François-Joseph Lefebvre, Adrien Monsey, Charles-Nicolas Oudinot - who would accuse of cowardice or disrespect for Bonaparte? But even for them it seemed too high a price to sacrifice their capital.

The next year, when Napoleon finally abdicated the throne, and the allies again occupied Paris, after Waterloo, the Prussian commandant of the city decided to blow up the symbol of past defeats - Jena Bridge. And then Louis XVIII, this fat and stupid Bourbon, to whom the cult of the hated emperor was alien, rushed to Tsar Alexander I and, with tears in his eyes, begged him to stop such barbarism. Alexander in his carriage galloped to the Jena Bridge:

- Explode, but only with me!

- Do Your Imperial Majesty protect such symbols ?!

- It's not about symbols! I will not let you destroy Paris!
Let's go back to August 1944 ... Simultaneously with the uprising in Warsaw, an uprising broke out in Paris. But his picture was completely different ... The Parisians waited until the Allied army had only one day to go to the city and there was no serious water barrier between them and Paris. The assault groups were ordered in advance to capture only important strategic points (although barricades arose throughout the city, most of them unnecessarily). She went over to the side of the rebels from weapons in the hands of the Vichy police. All the time, high-quality and constant radio communication was maintained between the assault groups, as well as between the headquarters of the uprising and the command of the allies. 0,02% of city buildings were damaged in the battles!

In the same August 1944, the Italians had good reasons to use armed means, even if purely symbolically, to wash away the stain of fascism and meet in Rome as allies as liberators. But no - it never even occurred to them. Instead, they did everything possible through behind-the-scenes negotiations to withdraw German troops from the Eternal City without a shot and declare it open.

Say, the examples given here are not comparable? Did they arise under completely different military-political circumstances? This is not about historical, military or political parallels, but about the way of thinking.

Generations of Polish schoolchildren are hammered into their heads with the thesis that the tragedy of Poles is that they shoot pearls at their enemies. This pathetic phrase contains grief for the young and talented poets, Krzysztof Kamil Baczynski and Tadeusz Gajca, who died in the Warsaw Uprising. But isn't that the same as digging trenches in cemeteries, placing machine-gun nests in libraries, infirmaries in palaces, and turning churches into heaps of rubble? This is somehow much more difficult to understand for minds poisoned by patriotic frenzy. They understand much more clearly the scene from Stefan eromski's Ashes, in which General Michal Sokolnitsky orders the shooting of the ancient Church of St. James in Sandomierz in order to prevent the Austrians from placing an artillery battery in it:

Gintult rushed to him.
- What do you want? - shouted Sokolnitsky.
- Will the Church of St. James be destroyed?
- Who called you to me?
- Nobody called me.
- So what's the deal?
- I came to ask ...
- Fire! - commanded Sokolnitsky, removing the annoying person.
Before the officers had time to repeat the command, Gintult grabbed the general by the arm, by the shoulder ...
- Look! He shouted pleadingly. - The whole temple is glowing ...
The first shot rang out.
- Stop, General. Gather all your strength, strike at this position, you will still wrest it from the enemy!
- I have no soldiers ... - grumbled the puzzled general.
- You have five thousand people!
- Go away!
A second salvo rang out, then a third.
- You destroy and trample the sacred dust! Can't you see what your cores are destroying? Look!
- I see it is no worse than yours. And yet, I will turn this sacred dust to ashes to save the living city. Have you heard?
- You will not destroy!
New volleys rang out.
Grabbing Sokolnitsky by the chest, Gintult shouted that he ordered to stop the shelling. The officers accompanying the general, forcibly tore off and pushed the prince away from him. Then, seized with insane torment, he jumped to the guns, pulled out the lit fuse from the gunner and threw it on the ground. The soldier was numb and froze in place. The prince rushed to another ... But the officer in command of the squad poked him in the chest with his sword. The soldiers drove away the distraught prince with banniki. The guns groaned again with the shots.
- Soldiers! - Lying on the ground, shouted Gintult, - do not listen to this order! Soldiers, soldiers ...
The thunder of shots was his answer.
And who does Prince Jan Gintult appear in "Ashes"? He is an intellectual aristocrat, gourmet and adventurer, and also a Lithuanian and a Mason, i.e. the embodiment of all the features that are alien to the mentality of a society obsessed with local values.

And I, traveling across Europe, admire the festival of splendor of palace ensembles, the austere beauty of art galleries, scattering of Romanesque, Gothic, Baroque churches, the freshness of medieval Renaissance city quarters untouched by time, which leave the army of stage designers of historical films without work, because everything is standing and waiting ready , and I regret that there are still places where ambition and daring are valued higher than respect for the work and achievements of generations of compatriots.