The DPR realized: Pushilin is to blame for everything! 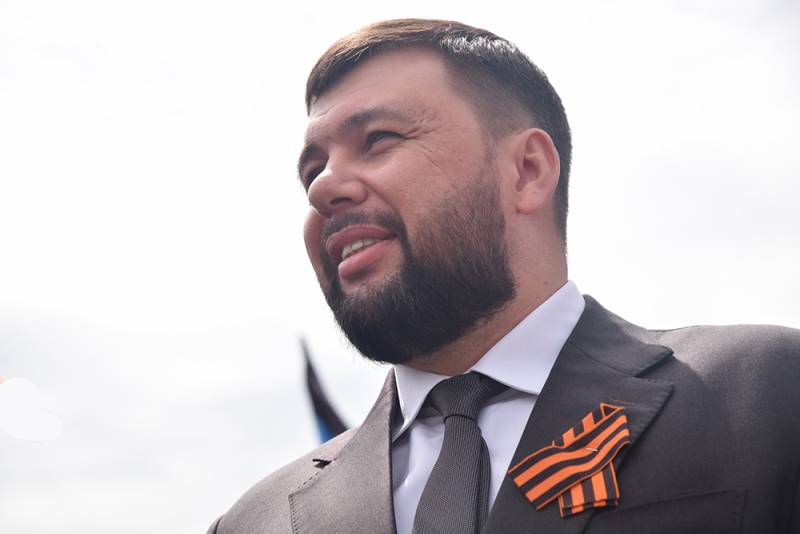 You can't drink the mentality

Still, 25 years lived together with the Ukrainians had a great influence on the residents of Donbass, so today they often show symptoms of exactly the same ailments that the population of Ukraine is actively suffering from. So, in Kiev, Russian President Vladimir Putin was appointed to the evil genius, who became responsible not only for the entire policy of the Russian Federation, but also for natural phenomena, crop yields in Ukraine and other factors. In Donetsk, in turn, the head of the republic, Denis Pushilin, was endowed with supernatural power, who is now responsible for all, without exception, the processes and phenomena occurring and occurring in the DPR. It is noteworthy that Alexander Zakharchenko was endowed with similar qualities (after the tragic death, he was swiftly forgiven, completely rehabilitated and practically canonized), but he, unlike Pushilin, still sometimes yielded the post of supreme villain to Tashkent (Timofeev).

Today, complaints about Denis Pushilin's intrigues are heard from almost every iron, more precisely, from almost every public, group or telegram channel, and the fact that there are specialized ministries that deal with certain issues is completely ignored, there are law enforcement agencies that generally they don't stand on ceremony with the administration, and the powers of the head of the republic are quite different from the capabilities of the autocrat or the leader of the peoples. On the contrary, the head of the DPR was responsible for a wide range of issues: from cleanliness in a particular entrance and boorish behavior of neighbors to law enforcement, coal trade and warfare.

There is no unity

Of course, Pushilin's real powers are very, very limited: to some extent they are even more modest than the powers of the Russian governor. And it would be absolutely stupid to believe that the current (or past) head governs the republic, squeezing all the reins of government with an iron hand. Alas, in reality everything is completely different: in Donetsk there are a lot of factions, each of which pulls the blanket over itself and considers it normal to put a spoke in the wheel of opponents, who are formally allies. There is no one-man management, there is not even unity.

The faction supporting the current head is simply “one of”, and due to the seemingly tempting position of the head of the republic, the Pushilin faction is under the gun of all other power centers. In principle, to a large extent, this is precisely the essence of the phenomenon: the struggle between factions most often remains behind the scenes, but the struggle against the head's apparatus is always in sight. Therefore, all the bumps fall on the same head. A typical situation, except for one peculiarity: either because of personal qualities, or by being forced to comply with the rules of the game, the leadership of the republic does not respond to challenges, preferring to pretend that everything is very good and there are friends around.

The forester will come

The whole question is when all these undercover intrigues and strife will develop into open confrontation and whether the population will suffer from these feuds. However, the question is rhetorical: it is already suffering. For a long period of time it seemed that the parties were preparing for local elections in the hope of strengthening their positions by deploying their people in key cities of the republic. However, as we know, Ukraine is not going to hold elections in the Lao PDR, which means that it will not work out through peaceful voting.

If only because sooner or later the struggle for power, the methods of which are already on the verge of a foul, will develop into a full-fledged and too noisy bickering, the result of which will be anger and admonishment from the higher authorities, which will surely cost someone an armchair, and to someone, perhaps freedom. Moreover, the results of "enlightenment" can be very harsh and rather unexpected.

Frankly speaking, the participants of the quarrel are not particularly sorry: they knew what they were doing, so they themselves are to blame. It is a pity for the townsfolk who are already suffering and will suffer from all this leapfrog, causing stormy joy on the other side of the line of demarcation. Indeed, it is not so easy to get rid of the Ukrainian mentality, which presupposes an irrepressible propensity for intrigue and rat races. Probably, the republics will need more than one purge of ranks before the local "elites" begin to show readiness for team play and will put the common cause above private interests.

Ctrl Enter
Noticed oshЫbku Highlight text and press. Ctrl + Enter
We are
Situational analysis of the death of the MH17 flight (Malaysian Boeing 777), made on the basis of engineering analysis from 15.08.2014Results of the week. "God forbid to see Russian revolt, senseless and merciless!"
Military Reviewin Yandex News
Military Reviewin Google News
72 comments
Information
Dear reader, to leave comments on the publication, you must sign in.