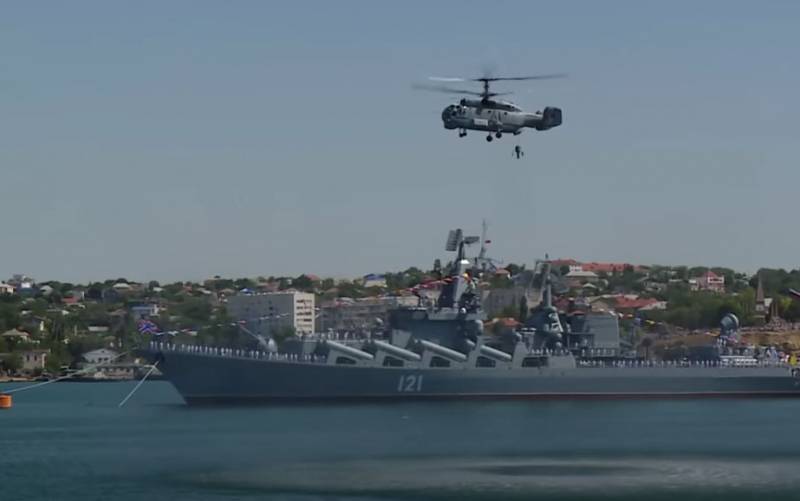 In Ukraine, they could not calmly perceive the parade, which was held on the Day of the Naval fleet Russia. The Ukrainian authorities, outraged, decided to send a letter to NATO Secretary General Antonio Guterres with an appeal "to pay attention to the fact that Russia held a military parade in Sevastopol." At the same time, Sevastopol itself, according to the new Ukrainian tradition, was called "occupied".


The letter to Guterres was sent by the Permanent Representative of Kiev to the UN Sergey Kislitsa.

From a letter of complaint to the Secretary General:

The holding of a military parade by Russia in occupied Sevastopol is a violation of international law, including resolutions of the United Nations. Moscow is deliberately taking steps to escalate tensions.
That is, when Kiev at all corners shouts about a possible missile strike on Sevastopol, on the Crimean bridge, Mr. Kislitsa does not consider this a provocation. And the solemn event - the naval parade - in his opinion, "a provocation of Russia." Typical logic for the modern authorities of Ukraine, which are not ready to admit their own responsibility, never and under any circumstances.

In Russia, the statements of the Ukrainian permanent representative about Sevastopol were called "continuing phantom pains", recalling that Sevastopol, along with the rest of the Crimean peninsula, is an integral part of the Russian Federation.
Ctrl Enter
Noticed oshЫbku Highlight text and press. Ctrl + Enter
We are
Freight automobile traffic on the Crimean bridge is open. New "hello" to KievReports from the militia of New Russia for 7 September 2014 of the year
59 comments
Information
Dear reader, to leave comments on the publication, you must to register.