"Diligence and courage are superior to strength." Defeat of the Swedes at Grengam 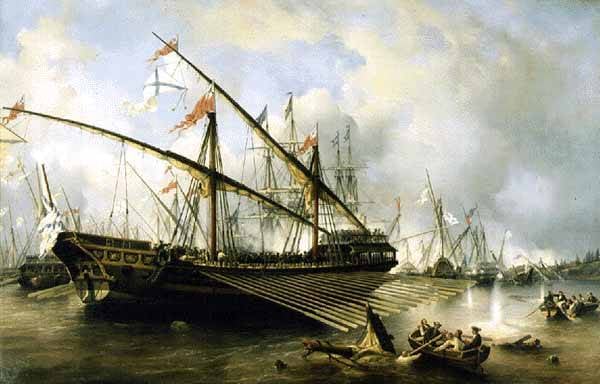 300 years ago, the Russian rowing fleet defeated a Swedish squadron on the Baltic Sea near Grengam Island. This was the last major battle of the Northern War.

The campaign of 1720 began with a victory. In January, a Russian detachment consisting of the Natalia shnyava, the Eleanor galiot and the Prince Alexander kick, under the command of Captain Vilboa, captured two Swedish ships from Danzig, which were carrying guns (38 copper cannons). In April and May, the Russian rowing fleet under the command of Prince MM Golitsyn, a participant in the Battle of Gangut, landed an assault force on the Swedish coast, which burned down two cities (Old and New Umeo), destroyed dozens of villages and captured several ships. The Russian detachment successfully returned to Vaza.

Meanwhile, a powerful united Anglo-Swedish fleet (18 British ships of the line and 3 frigates, 7 Swedish ships of the line, 35 pennants in total) went to Revel. England feared the complete defeat of Sweden and the excessive strengthening of Russia in the Baltic and decided to hold a military demonstration in order to force Tsar Peter I to conclude peace with the Swedes on terms favorable to them. Having received news of the landing of the Russians in Sweden and fearing an enemy attack on Stockholm, the allied fleet turned to the Swedish shores.

Waiting for the attack of the enemy fleet to the capital, the Russian sovereign ordered to strengthen the coastal defense. Since the Anglo-Swedish fleet could appear off the coast of Finland, the Russian galley fleet left the Aland archipelago and moved to Helsingfors. To observe the enemy Golitsyn left several boats. In early July, one of them ran aground and was captured by the Swedes. Peter expressed dissatisfaction with this incident and ordered Golitsyn to regain control of Aland. The Russian naval commander headed to the Aland skerries with 61 galleys and 29 boats. On July 26 (August 6), the Russian fleet reached the islands. Russian intelligence discovered the Swedish detachment between the islands of Lemland and Fritsberg. Because of the strong wind, it was impossible to attack the enemy, so Mikhail Mikhailovich decided to go to the Grengam island in order to take a position among the skerries. 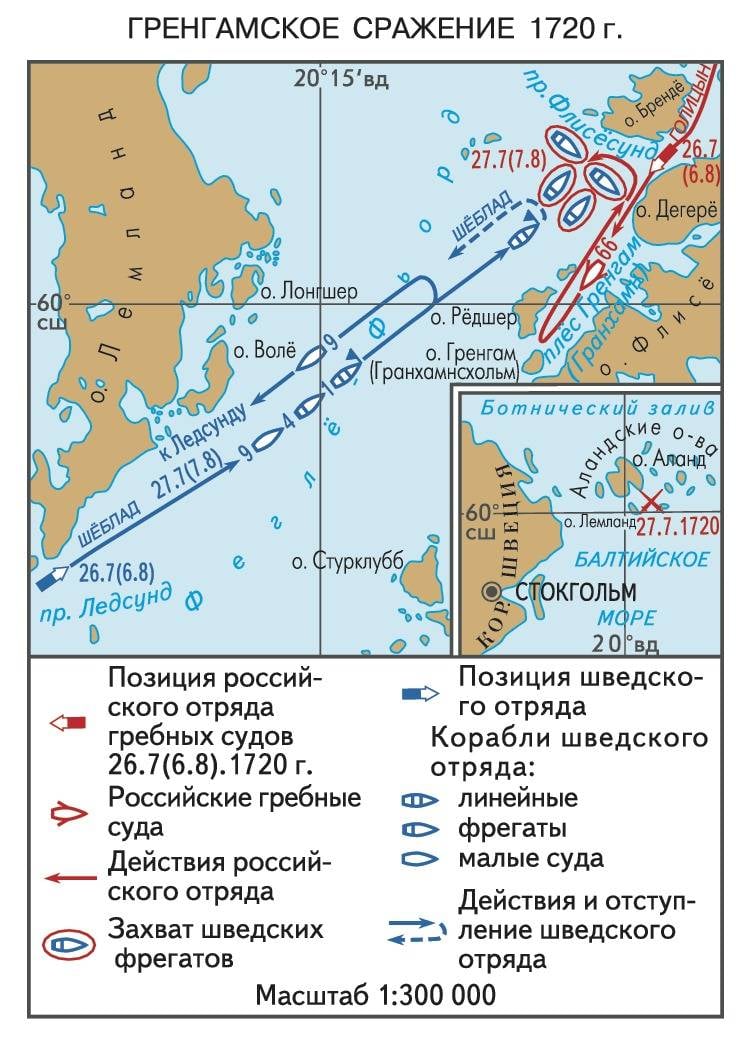 When on July 27 (August 7), 1720, the Russian ships reached Grengam, the Swedes weighed anchor and went to a rapprochement with the aim of engaging in battle. The Swedish vice-admiral Karl Schöblada believed that he had superiority in forces and could relatively easily shoot Russian ships. The Swedish squadron consisted of a battleship 4 frigates, 3 galleys, 3 skerboats, shnava, galiot and brigantine. Obviously, the Swedes had an advantage on the high seas. But in the skerries (small islands and rocks), the advantage of sailing ships disappeared, rowing ships dominated in shallow waters. Galleys and other rowing ships were also built to operate in the coastal area, where there are many islands, rocks, straits and passages. Mikhail Golitsyn used it. At first he retreated to the skerries, where the large sailing ships were losing their advantages. The Swedes were carried away by the chase and did not notice how they fell into the trap.

The Swedish flagship and 4 frigates, pursuing the enemy, entered the Flisosund Strait, which was full of shoals. The Russian ships immediately counterattacked. They could not conduct an artillery battle with the enemy and went on boarding. The two leading Swedish ships began to turn around, but ran aground and made it difficult for other ships to maneuver. The first two Swedish frigates were surrounded by Russian ships and, after a fierce battle, were taken on board. Two other frigates also failed to leave the battle and were taken by storm. The Swedish flagship, having performed a difficult maneuver, was able to escape. Other Swedish ships followed. A strong wind at sea and the appearance of reinforcements (2 ships) saved the Swedes from complete defeat and capture.

Russian sailors captured four Swedish frigates: the 34-gun Stor-Phoenix, the 30-gun Venker, the 22-gun Kiskin and the 18-gun Dansk-Ern (104 guns in total). The Swedes lost over 500 people in the battle. Russian losses - over 320 people. The battle was stubborn. Its intensity is evidenced by the high consumption of ammunition and the fact that among our wounded there were 43 people, "scorched" by the shots of enemy guns. Many Russian rowing ships were damaged and soon they were burned.

Peter I was very happy with the victory and wrote to Menshikov:

"True, not a small victoria can be credited, but especially that in the eyes of the English, who defended the Swedes as well as their lands and navy."
In the Russian capital, the victory was celebrated for three days. The Swedish ships captured in battle were brought into St. Petersburg with triumph. The sovereign ordered to keep them forever. A medal was minted and a church festival was established on a par with the Gangut festival. The inscription was engraved on the medal: "Diligence and courage exceed strength." Prince Mikhail Golitsyn received a sword and cane strewn with diamonds for Victoria, officers - gold medals with chains, privates - silver. For the capture of the guns, the crews received about 9 thousand rubles in prize money.

The Battle of Grengam was the last significant battle of the Northern War, which lasted more than 20 years. The Swedish kingdom, having lost all hope of success, exhausted and exhausted, having lost significant territories, could no longer fight. Peter, however, would have been ready to continue the war, and in 1721 he planned to take the Swedish capital - Stockholm. Sweden went to the Peace of Nystadt. 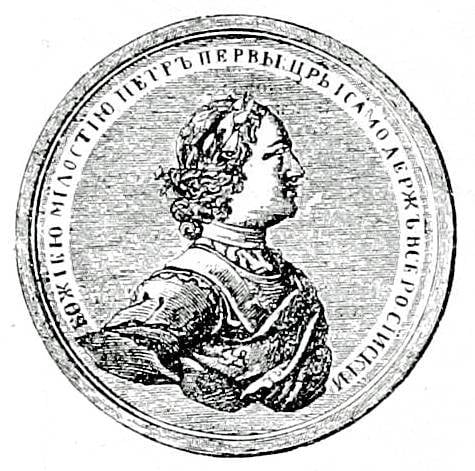 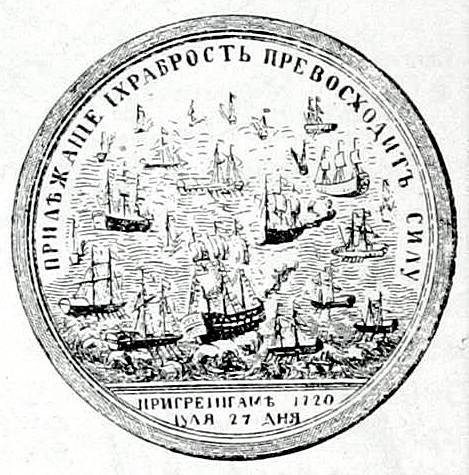