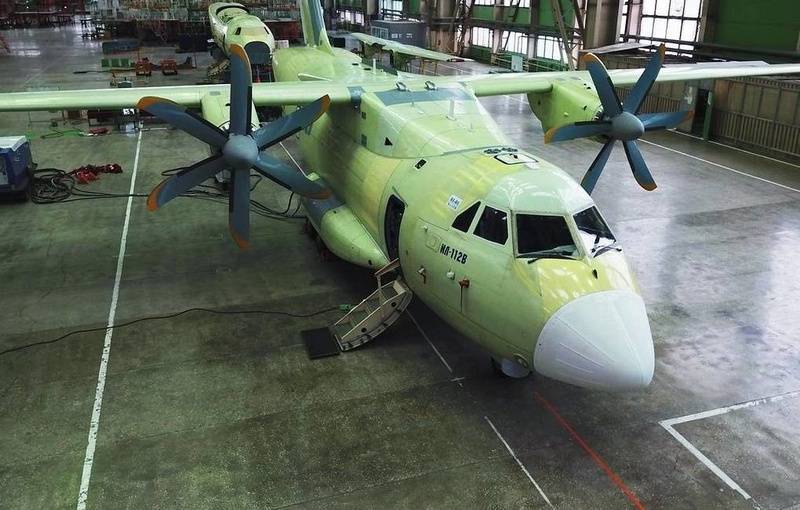 Resource technical tests of the Il-112V light military transport aircraft will begin in 2021 and will last, as planned, about two years. This was reported by the press service of the Zhukovsky Central Aerohydrodynamic Institute (TsAGI).


According to the report, during the life tests, the aircraft will undergo multiple loads simulating at least 5000 flights. Then he will undergo a set of static tests. TsAGI takes about two years for all this.

In addition, in the near future, work will be carried out to improve the design characteristics of the aircraft.

In the near future, joint work is planned to improve aerodynamics, design characteristics and refine the control system of future production aircraft Il-112V
- Said the press service.

As previously reported, the second copy of the Il-112V aircraft, assembled specifically for this in Zhukovsky, will take part in the life tests. This aircraft will not participate in flight tests, which will be carried out regardless of resource tests.

Work on the creation of IL-112V conducted with 2014 year. The Il-112B light military transporter is intended for the transport of personnel, weapons, equipment and other goods weighing up to 5 tons. In the future, the car will replace outdated An-26 and An-24 aircraft.

The first sample of the Il-112V, intended for flight tests, took to the air on March 30, 2019 and made three flight circles with a simulated landing. However, the aircraft did not meet the requirements of the Ministry of Defense for carrying capacity and was sent for revision.

Transport division enterprises aviation UAC will be ready for serial production of the Il-112V in 2022, the company said earlier.
Ctrl Enter
Noticed oshЫbku Highlight text and press. Ctrl + Enter
We are
TsAGI begins life tests of the second instance of the Il-112B aircraftThe second sample of the IL-112V transporter was collected at TsAGI
Military Reviewin Yandex News
Military Reviewin Google News
69 comments
Information
Dear reader, to leave comments on the publication, you must sign in.